The people of Hong Kong versus the China extradition bill 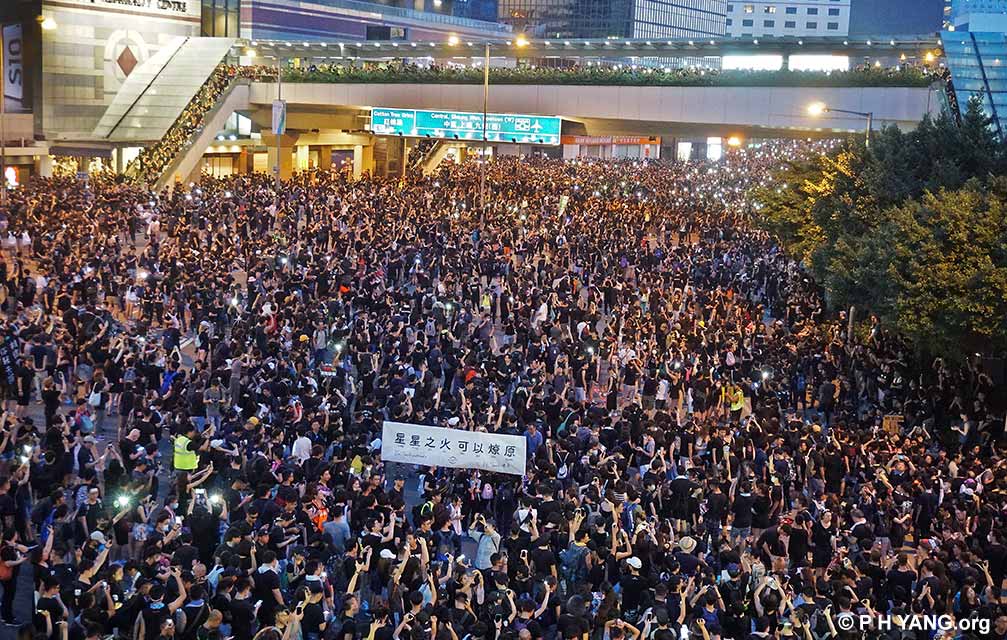 While Hong Kong has been part of the People’s Republic of China (PRC) since the British left the territory in 1997, it enjoys a unique status as a Special Administrative Region (SAR)—an autonomous territory within China that enjoys a ‘one country, two systems’ political arrangement that guarantees separate laws, judiciary, government, currency and visa policy. This special status has accorded Hong Kong a degree of freedom of expression and media and political diversity unknown on the mainland and has made it an attractive location for international business as well.

But this precious independence is under threat. An amendment to the Fugitive Offenders Ordinance and the Mutual Legal Assistance in Criminal Matters Ordinance—popularly known as the “extradition bill”—proposed by the Legislative Council (Hong Kong's parliament) in February 2019 is the latest in a series of moves that threaten to undermine the territory's autonomy. If passed, the bill would authorize Hong Kong to extradite crime suspects to mainland China for trial.

The people of Hong Kong are having none of it. Since March 2019, Hongkongers have been demonstrating against the bill, defending their city's core values staunchly and fearlessly. As the government refused to withdraw the bill after one million people rallied on June 9, protest action escalated and ended up with police deploying teargas, bean bags and rubber bullets on June 12. On June 16, two million of the city's residents took to the streets in a show of peaceful protest. The Legislative Council suspended the bill.

According to the timetable set by the Basic Law, Hong Kong's mini-constitution, political reform is supposed to be introduced to Hong Kong gradually. China, however, has failed to adhere to this schedule, taking a more aggressive approach to bringing the territory politically in line with Beijing.

One action that kept being deferred was the granting of universal suffrage to the Legislative Council and the Chief Executive. A landmark event in Hong Kong's politics was the passing by the steering committee of the National People Congress on August 30, 2014 of a determination that set up the nominating committee for the candidates of the Chief Executive, and restricted the number of candidates to 2-3. This move—a direct intervention by Beijing—deprived Hong Kong citizens of their right to nominate the city's mayor, and triggered the wave of massive demonstrations known as the Umbrella Movement.

Since 2014, Beijing has continued its interventions into Hong Kong's domestic affairs. In  district council elections in 2015, and again in Legislative Council elections in 2016, a number of candidates were disqualified because of their political stance in defense of the city's autonomy. In the last two years, six lawmakers from the pan-democratic sector were disqualified from taking office for allegedly using the oath-taking ceremony as a political platform. A large number of activists from the Umbrella Movement and the Mongkok Unrest in 2016 have been jailed.

Another landmark event was the disappearance of five booksellers in 2015, which shocked the society and jeopardized the personal safety of Hong Kong dissidents. The media, artists, and even academics find themselves under increasing pressure to censor their works.

Nevertheless, the people of Hong Kong continue to safeguard the city from Beijing's interventions. This year, an estimated 180,000 people attended the annual vigil in Hong Kong commemorating the 30th anniversary of the Tiananmen Square massacre. The anti-China extradition protests are yet another front on which to defend the city's autonomy.

The Hong Kong government claims that the proposed amendment to existing extradition laws was triggered by the murder, in Taiwan, of a 20-year-old woman, Poon Hiu-wing, by her boyfriend, Chan Tong-kai, in February 2018. When he returned to Hong Kong after the incident, Chan was arrested by the police. Though he had admitted to the murder, as the incident had occurred in Taiwan, he was charged only with money laundering, having admitted to using Poon's bank cards to withdraw money out of her account. Chan was set to be released in October 2019.

Hong Kong's Chief Executive, Carrie Lam, proposed the amendment February 2019 to provide legal grounds for sending Chan to Taiwan to be tried for murder. However, the proposed amendment covered not only Taiwan, but also mainland China and other countries that do not currently have extradition agreements with Hong Kong. Lam stressed that the amendment was meant to address “legal loopholes”, but legal experts point out that the so-called ‘loopholes’ in fact represent a firewall that prevents crime suspects from being handed over to mainland China, where there no possibility of having a fair trial.

Various sectors have warned that if extradition requests are processed without legislative oversight, the amendments would provide a legal basis for mainland Chinese authorities to arrest both local and foreign political dissents.

Between February and May, the government made some minor adjustments to the bill, such as removing a number of white collar crimes from the extradition request list to consolidate support from the business sector. But Lam is yet to answer concerns about the bill's potential threat to human rights and Hong Kong's judicial independence.

Under the pretext that the government needed the amendments ready in time to hand the murder suspect over to Taiwan by October 2019, and backed by pro-Beijing lawmakers, the government authorities decided to skip the debate in the Bills Committee of the Legislative Council, and proceed with the second reading of the Bill on June 12, 2019.

Outraged by the police brutality and by the government's assertion that they would proceed as planned, demonstrators blocked roads on June 12 and succeeded in preventing the Council from holding its session.

On June 15, the government announced it would suspend the revision of the law for the time being. But demonstrators had advocated for a total scrapping of the law, and they took to the streets once again on June 16. An estimated 2 million people—out of a total population of 7.2 million—attended the demonstration, calling for the resignation of Carrie Lam and vowing to maintain the pressure until the law has been scrapped.

While Carrie Lam has apologized to the public for her decision to pass the bill with inadequate consultation and stressed that she would suspend the bill indefinitely, people have lost trust at the government. This public sentiment would be reflected in the annual July 1 rally.

As real bullets fly and hit in Hong Kong, the police start a new cycle of unprecedented violence

‘Glory to Hong Kong': The anthem of a protest movement

Hong Kong protests through the eyes of a Filipino migrant worker

‘I am a Hongkonger’: Artist Ai Weiwei on why he supports the city’s protest movement

The organization and future of the Hong Kong anti-extradition protests

What happened after anti-extradition protesters broke into Hong Kong legislature?

Step down Carrie Lam! Two million rise up once more against the Hong Kong extradition bill

Why are Hong Kong authorities calling a demonstration a riot?

Hundreds of thousands protest in Hong Kong against the extradition bill