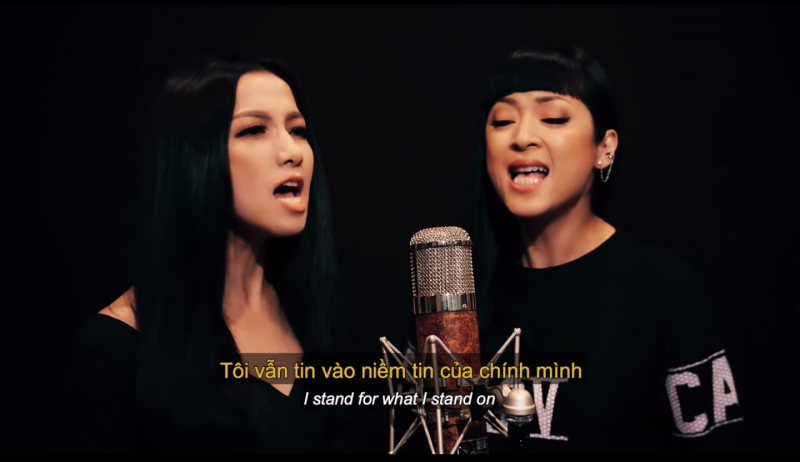 A song written by a Vietnamese-American composer who was inspired by the anti-extradition bill protests in Hong Kong has gone viral among both Vietnamese and Hong Kong netizens.

The song was released at the beginning of July 2019, following demonstrations in Hong Kong demanding the withdrawal of a controversial extradition bill that would allow mainland China authorities to order the arrest and extradition of dissenters, activists, and even journalists. The bill would undermine free speech and other civil liberties currently being enjoyed by Hong Kong citizens.

Truc Ho, a well known musician and composer among the Vietnamese community overseas, described on Facebook how he was inspired to write the song:

It was last Saturday when I was following the events in Hong Kong that I held my guitar and wrote the first notes of the song for Hong Kong, Sea of Black. 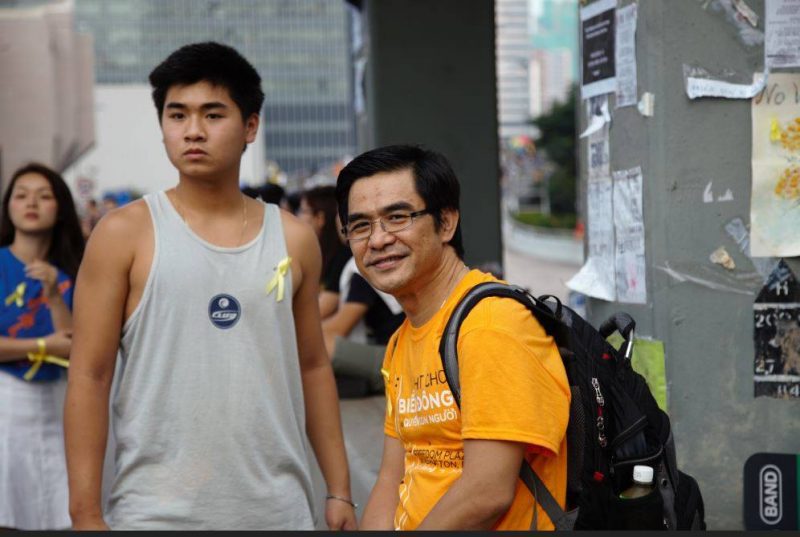 The chorus of of “freedom, democracy is all that we need” and the “the whole world is watching you every step of the way” convey's the song's clear message in support of the anti-extradition protesters.

Truc Ho has a media background and strong interest in human rights movements. He wrote in a Facebook post about his visit to Hong Kong in 2014 to report on the mass rallies which came to be known as the Umbrella Movement:

The journey of ‘Sea of Black’ began in 2014 when I travelled to Hong Kong to support the Umbrella Movement. ‘Freedom, democracy is all that we need’ came from those days. It was until today that the song was completed.

The song has been widely shared on Hong Kong social media and on platforms such as LIHKG, a Hong Kong online forum similar to Reddit which has been used to discuss actions and provide updates on the anti-extradition bill movement.

As a Hong Konger, I am touched. It's the first time a neighbour country write a song to support our protest. Thank you for giving us strength to carry on.

Inspired by #HongKongProtests, Vietnamese American Musician & Activist Trúc Hồ composed “Sea of Black” and dedicate it to “those who give their lives to freedom & democracy. In Vietnamese, #freedom is written as “tự do,” corresponding to 自由 in Chinese. https://t.co/yOVQ7ZdGz6

Born in Vietnam, Truc Ho fled the country after it was taken over by the communist regime following the Vietnam War. He migrated to the United States where he founded the Saigon Broadcasting Television Network (SBTN), a Vietnamese diaspora media organisation based in California. A former producer of musical variety shows, Truc Ho has also used music as a means to promote human rights in Vietnam.

In 2012, he wrote a song titled “Million Hearts” in support of the campaign to raise awareness about Vietnam's imprisoned bloggers, including Dieu Cay and Ta Phong Tan.

Despite the announcement of Hong Kong leader Carrie Lam that the extradition bill had already been withdrawn, tens of thousands of people continue to take to the streets to make other demands, including Lam's resignation and the enforcement of political reforms.