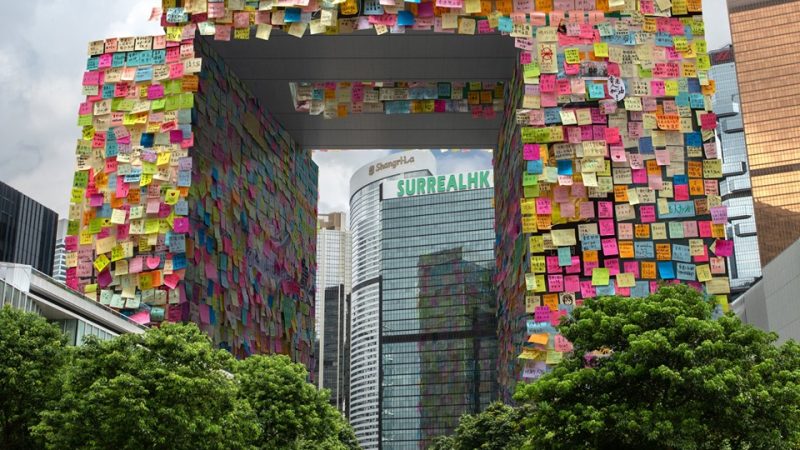 Surrealhk: Colourful sticky notes are taking over the city… literally. Mostly supporting the protests and expressing anger against the Hong Kong government. From Surrealhk Facebook. Use with permission.

The Hong Kong Lennon Wall is a collective artistic work which draws its name from the original wall created in Prague after the death of singer John Lennon. The Hong Kong version of the mosaic wall first appeared during the 2014 Umbrella Movement when protesters posted colorful sticky notes with messages of support on the stairway heading to the Central Government Offices. During the 2019 anti-extradition protests, the wall was built again and other Lennon Walls appeared all over the island.

In a telephone interview with Global Voices, Fung said that he migrated to Venezuela when he was a child and returned to Hong Kong in 2016 after the political and economic environment in Venezuela became increasingly difficult.

He started the Surreal Hong Kong project as a personal hobby in 2016 but the social media account has attracted advertisements and job requests, becoming a major income source for Fung. The artist explained why he used “Surreal Hong Kong” as the theme of his work:

When I first returned back to Hong Kong, everything looked so surreal to me: people here keep working without taking rest, everything is moving so fast. Back in Venezuela, the economy was so poor and political environment so unstable, but people are happy. While in Hong Kong, the city is so rich and safe, people are unhappy and do not have a sense of humor. The project is an outcome of my exploration of the city. At the same time, I want to magnify the sense of surrealist order which supports the rational reality that we are living in.

He compared his image editing style with others’ works:

A majority of the photoshopped images circulating online are too politically loaded. Very often, they are satire and mockery of the political situation. Politics is at the center of the work while artistic aspect is secondary. While my works are inspired by the reality and they cover a diverse aspect of lives in Hong Kong with a more positive attitude. 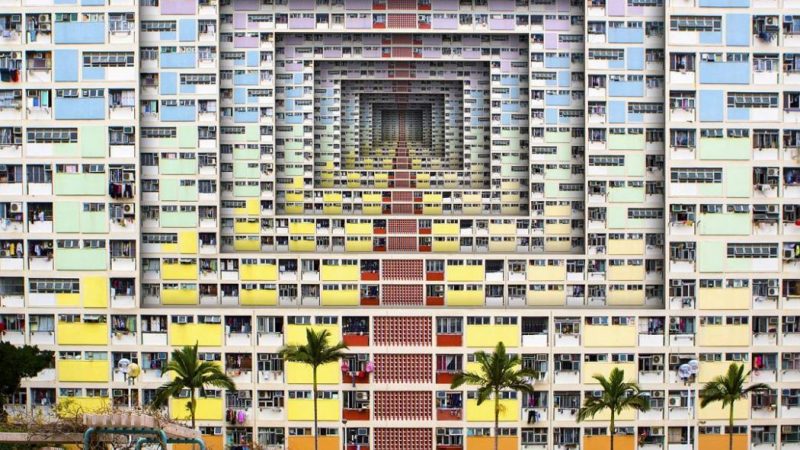 “No matter how colorful they are, after subdivided flats into rooms, they are just tiny dark cubicles that people call home.” From Surrealhk Facebook. Use with permission.

But the artist is not apolitical at all. Both of his most favorite pieces have strong social and political messages embedded in them. His first pick is an edited image of Choi Hung Estate:

Choi Hung Estate has become a popular touristic site for photo-taking because of its distinctive rainbow color. I edited the image to reflect the housing problem in Hong Kong – that apartments have become smaller and smaller as the property market is getting out of control.

His favourite piece is the government headquarter Lennon Wall (feature photo). He took the inspiration from the streets. It took the artist 20 hours to edit the image as every post-it note from the image was taken from a real one posted on the Lennon Walls in various districts.

The message of this work is very clear, every voice deserves to be heard.

Tommy has participated and taken photos of the anti-extradition protests since June. In addition to the Lennon Wall, his work has likened the protesters to superheroes, compared protest power to Dragon Ball Z, and depicted the protesters fighting against Gozilla. 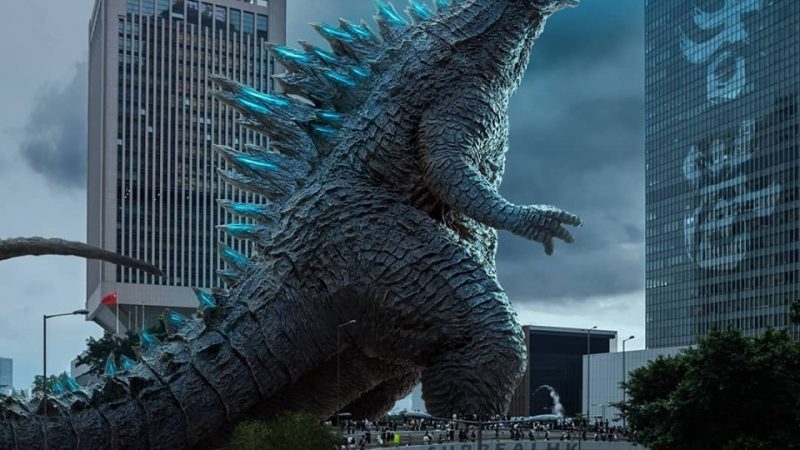 “Stand up and raise your voice! Together we are more powerful than you can imagine!”  From Surrealhk Facebook. Use with permission. 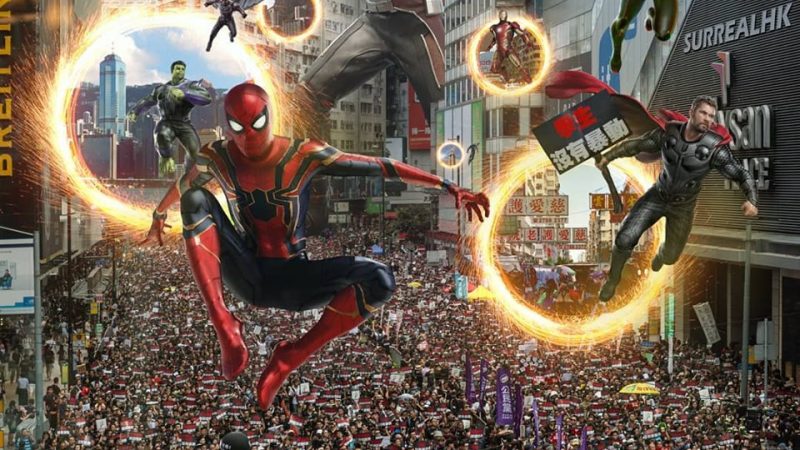 “You don't need superpowers to be a hero!”  From Surrealhk Facebook. Use with permission. 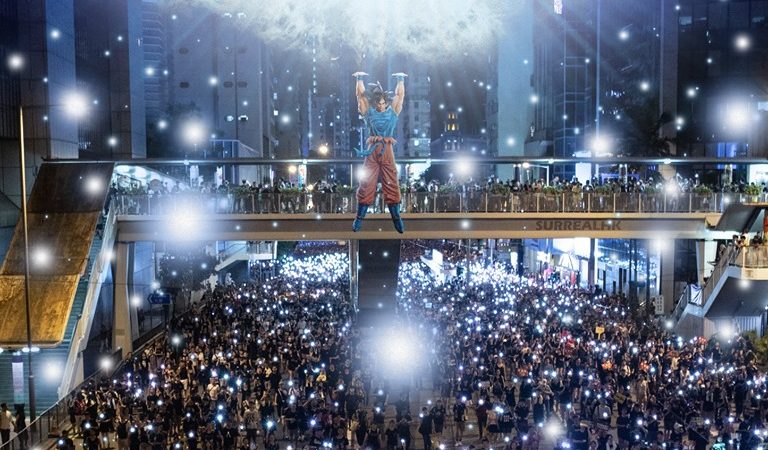 “We are the light in the darkness… well, we and Goku!”  From Surrealhk Facebook. Use with permission.

The protests have been very surreal and it inspired me to represent and magnify the messages. I know that protesters are very depressed and hope my works can inject more positive energy into the movement. For example, when I see the lights on the protesters’ mobile-phones, the small dots can be aggregated into a powerful force like the dragon ball.

The artist did not hide his frustration with the Hong Kong government:

I really hope that they could work harder for a better Hong Kong and take Hong Kong people’s interest as the core of their administration.

When asked if he had anything to tell Global Voices’ audience, Fung replied with a phrase of support for Hong Kong and one of the most popular slogans in the anti-extradition protests: Hong Kong Add Oil!