Beijing strengthens control over the business sector through political coercion 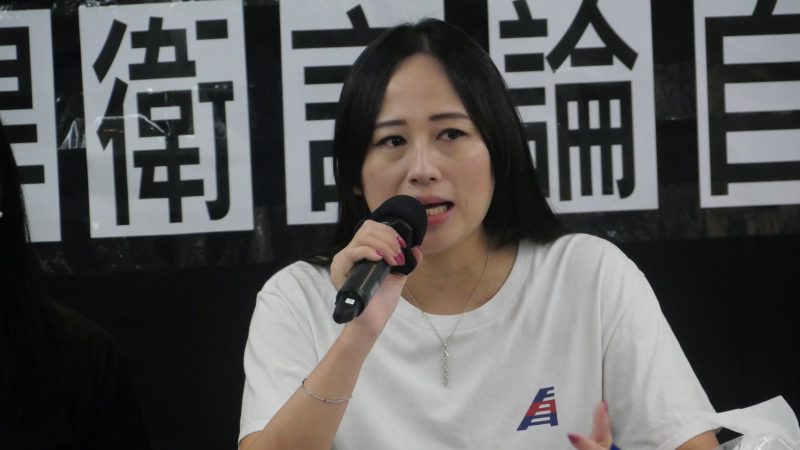 Airline Cathay Dragon, a subsidiary of Cathay Pacific, has fired Rebecca Sy, the chair of its flight attendant union, after she confirmed the posting of three posts on her Facebook timeline in support of Hong Kong protesters.

The taming of Cathay Pacific

The Cathay Pacific saga started on 9 August 2019 when the Civil Aviation Administration of China (CAAC) informed the airline that its staff members who had taken part in “illegal protests” and “violent actions” would be banned from China's airspace beginning 10 August.

On 14 August, the airline fired two pilots and two ground personnel who had taken part in the recent protests. Two days later, Cathay Pacific CEO Rupert Hogg announced his resignation from the company.

On 20 August, the company reminded its employees that social media content expressing support for anti-government protests in Hong Kong could violate CAAC’s new policy. The warning not only covers public posts but also private conversations on Facebook, Telegram and other apps since these messages could be exposed through doxxing by pro-government trolls or China’s immigration checkpoints.

On the same day, lawmaker Jeremy Tam from the pro-democracy Civic Party told the press that he had resigned from Cathay Pacific to “protect the company from unreasonable attacks”. Tam had been a pilot for the air carrier for nearly two decades.

Cathay Dragon fired Rebecca Sy, the chair of its Flight Attendant Union (FAU), after she confirmed that three screen captures of Facebook posts about the Hong Kong protests were from her account. Sy was still able to fly to Beijing and back to Hong Kong on 19 and 20 August. However, she was told not to work on a scheduled Hangzhou trip the following day.

FAU was one of the worker unions which participated in the 5 August general strike. Together with six other airline worker unions, the airport strike led to the cancellation of more than 200 flights. As head of the FAU, Sy has been vocal about her support of the protests.

The company said the decision to fire Sy was not related to her union activities but did not explain the reason behind her dismissal. In a statement issued on 23 August, it affirmed the company's compliance with Chinese regulations:

We are a leading international airline with global operations and therefore we are required to comply with all applicable laws and regulations in the jurisdictions where we operate.

Sy was not the only victim of what has been described as politically-motivated dismissal. The Hong Kong Confederation of Trade Unions (HKCTU) said that at least 14 airline personnel had been sacked in relation to recent protests and eight of the cases were related with their online speech. The union coalition plans to stage a protest outside Cathay Pacific’s office building on 26 August.

Sy described the crackdown on free speech as ‘white terror':

It is unclear how Cathay Pacific obtained the screen captures of Sy's Facebook messages. However, in the past few weeks, Chinese immigration has started inspecting the mobile phones of travelers for images and chats related to Hong Kong protests at border checkpoints. When suspicious content is identified, the travelers would be questioned and interrogated. Although majority of the questioned travelers were not detained or arrested upon checking, it is likely that the Chinese government could use the data for other purposes.

The pressure exerted by Beijing authorities on Cathay Pacific is seen by some analysts as a warning intended for other multinational companies in Hong Kong that they have to be in compliance with China's Hong Kong policy or else they risk being sidelined from the Chinese market.

In addition to Cathay Pacific, a number of international accounting firms have issued a warning to their personnel about social media posts and conversations supporting the protests.

Over the years, China has cultivated close relations with local business leaders by appointing them as representatives of the Chinese People’s Political Consultative Conference and giving them extra voting rights in the functional election of the legislative council and the election committee of the city’s Chief Executive.

However, the participation of professional groups and labor unions in the protests has shown how Beijing can also export other coercive measures to force the business sector to support its political goals by disciplining their workforce.

But even if the international firms do not control the political behavior of their employees, Beijing could mobilize party affiliated media outlets and online patriots to put political pressure, or to submit ‘evidence’ to corporations and force them into taking disciplinary action against their ‘errant’ employees.

If such trend continues, there are fears that Hong Kong could face a brain drain by forcing skilled professionals to leave and settle in other places where there is freedom of expression.