Hundreds of thousands protest in Hong Kong against the extradition bill

Would the city's Chief Executive Carrie Lam scrap the bill? 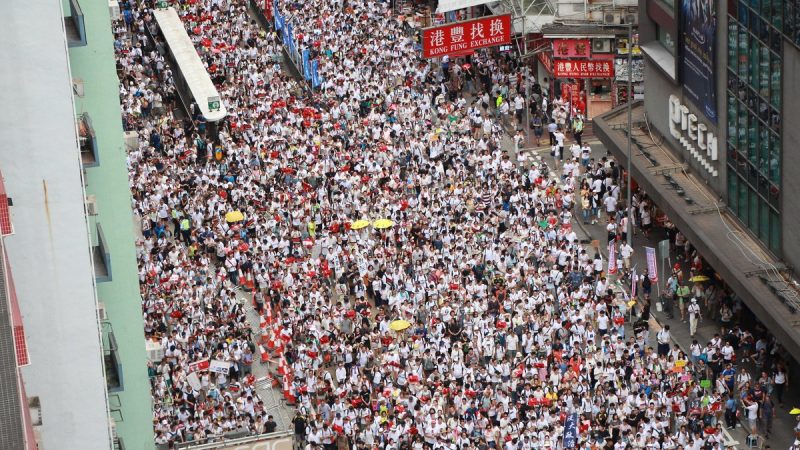 Huge protesting crowd against the extradition bill paralyzed a large part of Hong Kong Island on June 9 2019. Photo from inmediahk.net

Hundreds of thousands of people in Hong Kong took to the streets on Sunday, 9 June 2019, to stop the government from passing amendments to the existing extradition laws – the Fugitive Offenders Ordinance and the Mutual Legal Assistance in Criminal Matters Ordinance.

The rally started at 2:30 p.m. and it quickly paralyzed a large part of Hong Kong island. Anna Pearce recorded the crowd near Victoria Park, the starting place of the rally:

The organizer of the rally, Civil Human Rights Front, estimated that there were more than a million protesters in the rally as the scale of the protest was larger than the anti-national security law mobilization on 1 July 2003. But the police said there were about 240,000 in the streets during the peak of the rally. As South China Morning Post reporter Jeffie Lam put it, Hongkongers made history today:

#hongkongers are making history today. All lanes of the Hennessy Road – including those which police refused to open before – are flooded by protesters against the #extraditionbill @SCMPNews pic.twitter.com/UTr2ui7Fix

Protesters said the proposed amendments would make it easier for mainland China to cause the arrest of critics, dissidents, and even journalists in Hong Kong. They were chanting “no evil law” and calling for the city's chief executive Carrie Lam to step down. 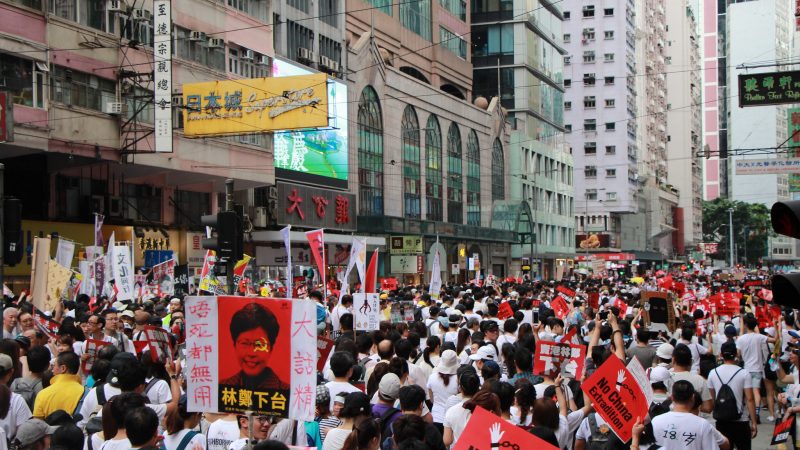 A social worker told reporter from inmediahk.net that she rallied to defend the people working in the social work sector because under China's judicial system, those who tried to bring positive change in society would be arrested. Another student protester believes that once the amendment is passed, the city will cease to exist as the constitutional principle of “One Country Two Systems” would come to an end.

There have been several mass protests against the extradition bill. On 30 March, about 12,000 rallied from Wanchai to Admiralty right before the government presented the amendment bill to the legislature. One month later on 28 April, about 130,000 took to the streets demanding the scrapping of the bill.

The series protests has caught the world's attention. Many are now monitoring if the city's Chief Executive Carrie Lam would withdraw the controversial bill which is scheduled for second reading in the legislative chamber this week.

The amendments were first proposed by the Hong Kong government in February to provide further legal grounds for the Chief Executive and local courts to handle case-by-case extradition requests from jurisdictions with no prior agreements, specifically Taiwan and China. By citing the murder case of a pregnant woman in Taiwan, the government claimed that amending the extradition laws was meant to address ‘legal loophole’ that allow fugitives to escape punishment.

However, legal experts pointed out that the so-called ‘loophole’ was in reality a firewall to prevent crime suspects from being handed over to mainland China where there is no fair trial.

Various sectors have warned that if extradition requests are processed without legislative oversight, the amendments would provide a legal basis for mainland Chinese authorities to arrest political dissents. This concern was stated in an open letter jointly signed by over 70 non-government organizations:

Given the Chinese judiciary’s lack of independence, and other procedural shortcomings that often result in unfair trials, we are worried that the proposed changes will put at risk anyone in the territory of Hong Kong who has carried out work related to the Mainland, including human rights defenders, journalists, NGO workers and social workers, even if the person was outside the Mainland when the ostensible crime was committed. We are calling on the Hong Kong government to immediately withdraw the bill…

Instead of addressing the concerns raised by the petitioners, the Beijing Liaison Office met representatives of the local business sector and demanded them to back the bill. At the same time, the Hong Kong government gave some concessions to the business sector by exempting nine white-collar crimes in the bill and raising the threshold for extradition from crimes punishable by three years in jail to crimes with a seven-year prison penalty.

But on the other hand, it decided to by-pass the legislative committee-level deliberations and tabled the bill for full legislative council discussion.

The direct intervention of the Beijing Liaison Office and the Hong Kong government’s violation of legislative procedure have given a strong and clear signal to the public that the amendment bill is a controversial political decision which is far from protecting Hong Kong people’s interest.

Under the current bill, foreigners who traveled to Hong Kong could also be handed over to mainland Chinese authorities upon extradition requests. Diplomats from the U.S, Canada and European Union have expressed a concern about this. Against the background of the ongoing trade war between the U.S. and China, some are worried that the amendments would turn Hong Kong into a battlefield of international politics:

The intended effects of the amendments can be regarded as a mirrored counterpart of the legal rights utilised by the US government in Meng’s case [Note: the arrest of Meng Wanzhou in Canada upon the extradition request filed by the United State on 1 of December 2018]. If the amendments are passed, then any person who happens to come to Hong Kong can be arrested and surrendered to mainland China with the consent of a court or the Chief Executive, and without deliberation in the Legislative Council of Hong Kong. 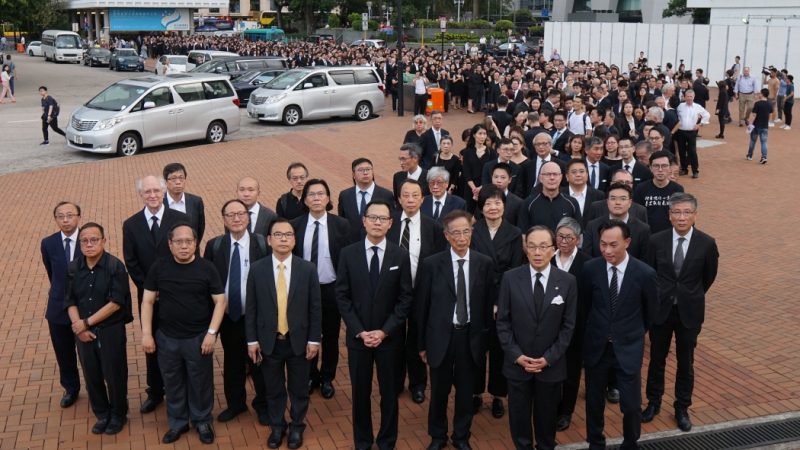 More than 2500 lawyers demonstrated against the amendment of extradition law on June 6. Photo: Kris Cheng/HKFP.

The Hong Kong government responded by accusing the opposition of misleading the public.

But among those who have spoken out against the bill were not just opposition politicians but also members of the professional legal sector. On 6 June, the legal sector staged a “black march” against the controversial bill. Dressed in black, about 2,500 lawyers gathered outside the Court of Final Appeal and marched to government headquarters in silence. Prior to the “black march”, both the BAR society and the Law society have submitted opinions to the government demanding an extensive consultation with the legal sector and other stakeholders.

While debate in the legislature has been muted by the Hong Kong government, grassroots opposition voices have taken over. In the past few weeks, social media platforms have been flooded with joint signature campaigns against the amendments initiated by hundreds of university and secondary schools alumni groups, Christian groups, and neighborhood associations.

Hongkongers abroad have also spoken out. Diaspora Hong Kong communities from at least 25 cities, including London, New York, Berlin, Toronto, Melbourne, and Tokyo among others also held a coordinated protest against the amendment bill.

Chants of We Love Hong Kong and We Love Freedom are shouted from central #Sydney CBD (#Australia). Protesters oppose the #HongKong law that would allow for extradition to mainland China. Police estimate 2000 attending. #反送中 #NoChinaExtradition pic.twitter.com/AycfpKVNjO

The whole world is now watching if Carrie Lam would redraw or continue to push through the extradition bill in Legislature this week.