‘I am a Hongkonger’: Artist Ai Weiwei on why he supports the city’s protest movement 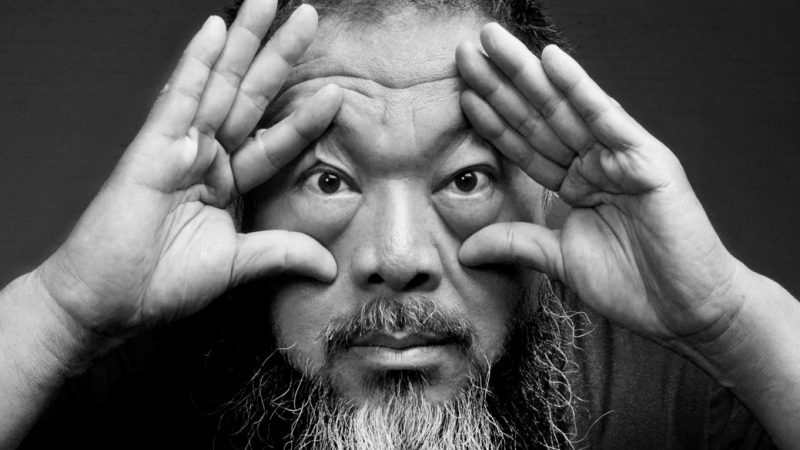 This post is originally written by Tom Grundy and published on Hong Kong Free Press on 30 of July 2019. The following trimmed version is republished on Global Voices under a content partnership agreement.

Chinese contemporary artist Ai Weiwei made his name in visual arts, film, and architecture before his critical commentary against the Chinese government led to his persecution and trial on allegations of tax evasion. Ai moved to Berlin in 2015 and has become an outspoken advocate for migrants’ rights. During the height of the anti-extradition law protests in Hong Kong, HKFP spoke to the influential artist about his work, human rights, and China under President Xi Jinping.

HKFP: Chinese dissidents often say that China is becoming more totalitarian under President Xi Jinping. What do you think of Xi’s rule? Is it delicate, or will it continue until he dies?

Ai: China’s policy has not changed since the Chinese Communist Party established the nation in 1949. Sometimes it becomes more extreme, while at other times there may be some space for tolerance. Whether Chinese policy is extreme or tolerant is a reflection of the Party’s own condition. If the condition is one of fragility or urgency, policy and methods of control will become more extreme.

China is like an overgrown baby which has not yet been equipped with knowledge or rationality. Its judgment is often incomprehensible. China is also a nation which can maintain this kind of condition for a hundred years. The only possibility that China’s competitors have to stop it from becoming a threat is to recognize it as such and to safeguard a future for a civilized society.

The way in which China has achieved its rapid growth is clearly in conflict with so-called Western values—the human rights that have been established over the past 100 years which have brought us to the present moment, and from which China has also benefited greatly. However, China does not recognize the established norms, preferring instead to maintain barbaric methods of governing and control, presenting a danger to the whole world.

HKFP: Moving on to Hong Kong – you’ve hosted several exhibitions here (in 2015 and 2018). In your opinion, how has the city’s art scene changed during that period, particularly in terms of freedom of expression?

Ai: I have had some art activity in Hong Kong. It is a society with a special, modern energy. At the same time, I do feel that art in Hong Kong should be much more aggressive or make a more global impact. Hong Kong still benefits from being the most international city in Asia. It has a strongly educated population. The city needs more art that reflects its energy, hope, and imagination.

HKFP: Would you have safety concerns about visiting Hong Kong in the future?

Ai: I would. Under “One [Country], two systems,” if the Hong Kong people do not fight to protect their own rights, then they could easily slip into the same bleak conditions faced by Shenzhen or any other Chinese city. Human rights violations would be pervasive and uncontrollable. It would come under the same flawed Chinese judicial system that is subject to the Party’s interests. Once a judicial system loses its independence, anything can happen and no one is safe.

HKFP: You called Hong Kong’s anti-extradition demonstrations “the most beautiful protest in the world.” Why do you think so? And do you foresee a greater crackdown from Beijing on the horizon?

Ai: My impression of Hong Kong comes from an earlier time. After I was released from secret detention in 2011, I realised that the Hong Kong people had made a great effort in support of my release. There were many demonstrations and young artists who placed posters with my picture and name all over the city. There was even a projection of my portrait and name on the facade of the People’s Liberation Army Garrison building. Those were acts by individuals. I never knew who they were and they never tried to get in contact with me. I was deeply touched by these actions.

Just knowing that my values were shared by another person reminded me that humanity still existed even in the most extreme conditions. That is one of the reasons why I fully support those young people who are expressing themselves now. They have nothing to hide. Why should they hide their voices? If they did not have their voice, how could they survive? I think everyone can make their own judgment, especially young people in Hong Kong. They are clever and brave. Some have said that Hong Kong people are very practical. Yes, and human rights are very practical. It is about everything we care about. Every night, we have the same dream: to live as free human beings, rather than to live under a dictatorship or the violence of authoritarianism.

This is why I believe the Hong Kong demonstrations are the most beautiful. They are so peaceful, rational, and those taking part are so young. It is very different from most demonstrations elsewhere. Those are usually oriented around a shared political agenda. But the people marching in the streets of Hong Kong are there for freedom. It is abstract, but at the same time it relates to everyone and it definitely relates to the values I treasure most.

I have said in the past that I am a Hongkonger. Today, I reiterate that. I am a Hongkonger. I admire them and feel deeply sad when I see four young people have already lost their lives in this fight. They clearly stated what the fight in Hong Kong is about, that freedom is as valuable as life itself and they were willing to sacrifice their own lives to prove it. Nothing could be more beautiful. 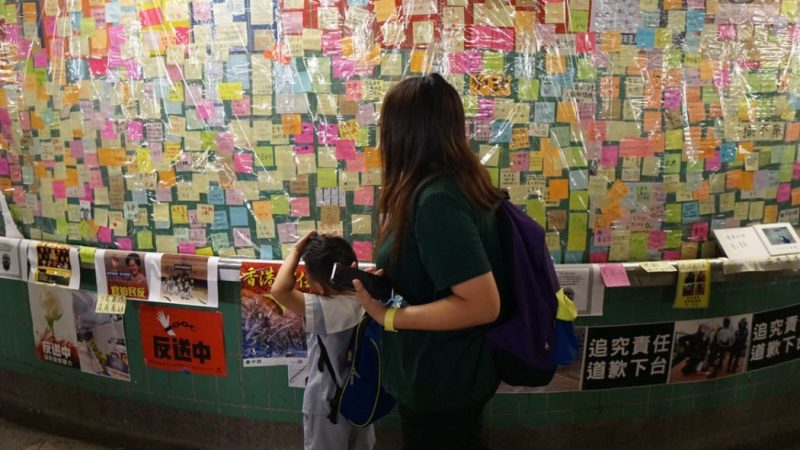 China faces a massive problem if the youth of Hong Kong continues to protest. It is a challenge that alarms the rest of the world as to what kind of society China is. If they don’t stop the protests, the democratic voice will get louder and there will be better conditions for freedom. But how can they stop them? Hong Kong is not just another Chinese city. If that were the case, the military would have moved in and crushed it immediately. There would not be any media coverage or international attention. This already happens all the time in China. Hong Kong is different. It still has its recent history as a British colony, reflected in its adherence to the rule of law, its independent judiciary, and relatively wide range of political freedoms.

Meanwhile, the UK has shown no vision or will to uphold its most important values and we see the deterioration of those values globally. The UK’s failure gives us stronger reasons for supporting democracy and human rights in Hong Kong.

Ai: Freedom of expression is the most important weapon to combat authoritarianism. Authoritarians simply have no imagination, and without that, they have no future. Often, we see protesters also lacking in imagination, but Hong Kong’s protests have demonstrated a capacity for adaptation. They are learning from the fight. There is no other way to attain this education than to be in the thick of it.

There will be bloodshed, as we witnessed last week with the organised attack by the mob in white. The enemy is vicious and will take any means necessary to crush the movement. So demonstrators need to have not only mental clarity but also a defined strategy. They must explicitly announce their ideas and mobilize people, but also have clear tactics to unmask their opponent’s vulnerabilities. That is the art of the dissident and a whole generation of young people will learn from this because they have a formidable opponent.