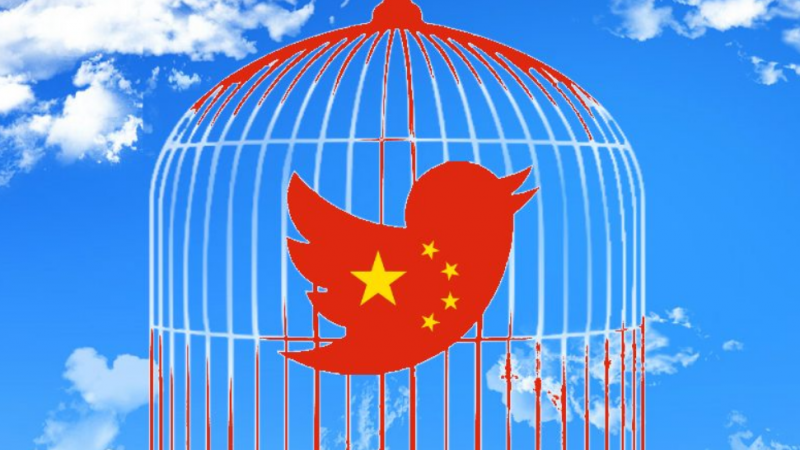 On August 19, Twitter revealed that 936 accounts originating from mainland China were ”attempting to sow political discord” in Hong Kong in order to ”undermine the legitimacy and political positions” of the anti-extradition movement on the ground.

Upon investigations, Twitter believed that the information operation was state-backed in a coordinated manner.

Although Twitter is blocked in China since 2009, some of the above accounts had accessed Twitter from specific unblocked IP addresses originating in mainland China, the company explained. Moreover, the 936 accounts were merely the most active ones and there existed a larger network of approximately 200,000 accounts created as part of this operation. The company said that it suspended all of the accounts for a number of violations of its ”platform manipulations policies”, including spam, coordinated activity, fake accounts, attributed activity, and ban evasion.

Although Twitter stated that the company was ”committed to understanding and combating how bad-faith actors use [their] services”, a simple search could still bring the audience to a huge number of disinformation about the protests in Hong Kong on the platform.

One coordinated spread of disinformation was about the protest crackdown on August 11. Several state-run news outlets including China Daily reported that one protester was using a US-made M320 grenade launcher to attack the police.

A protester fires a US-made M320 grenade launcher at an illegal assembly in Tsim Sha Tsui amid escalating violence in Hong Kong on Sunday night. pic.twitter.com/NJj42ustw9

At the same time, China Central Television alleged that the woman whose right eye was badly injured after Hong Kong police fired a round of bean bags outside Tsim Sha Tsui police station was actually injured by other protesters. The report also included a photo in which the woman was handing money to another person, suggesting that she was a middle person paying young people to join the protests.

The fact is Hong Kong police admitted that they had fired a maximum of 10 rounds of bean bags outside Tsim Sha Tsui police station near where the woman was shot. The woman is a first aider as identified by others in the medical team.

Today, when Global Voices searched for terms and expressions like “stupid fellow protester” (猪队友) in Chinese, and “M320 Hong Kong” on Twitter, the generated results still included a considerable amount of fake news depicting the Hong Kong protests as terrorist activities. Below is a typical example of a tweet disseminating the two fake news stories mentioned above:

Hilarious, shot by stupid fellow protester and blame the police. This is such a joke. How could bean bags shoot through the obstacle and take a turn? The rioters were behind a billboard. What they did are harmful to the society. They attacked the police in the name of peaceful protest, laser pens, bricks, umbrellas, fire bombs and even foreign made M320 grenade launcher. You are terrorists.

After the August 11 brutal crackdown on the protests, the Chinese government stated in a press conference on the next day that the Hong Kong demonstrations had shown signs of terrorism. However, the claim about “signs of terrorism” is not grounded but built upon massive amount of fake and distorted information spread on social media inside and outside mainland China.

Facebook said that it identified “deceptive tactics” deployed by accounts associated with the Chinese government. The company said it only removed seven pages, three groups, and five accounts originating from mainland China that were used to disseminate dubious information related to Hong Kong.

China online patriotic trolls had launched several crusades to overseas sites, in particular, Facebook, to pick fights with other users. The latest was on August 17 and 18, when more than 10 thousand mainland Chinese online patriots had taken part in the crusades. On Facebook, they spammed comments of independent and citizen news outlets with Chinese flags and slogans to support the Hong Kong police. Apple Daily News had to close the comment function in its live-streaming of the protests on Facebook. 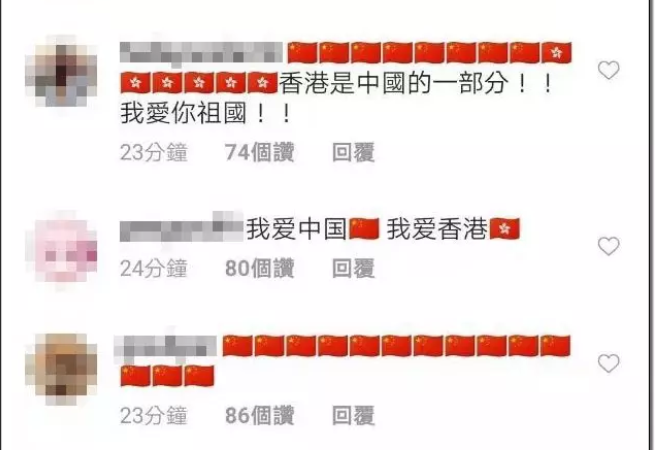 They have also filed massive reports to social media platforms such as Youtube and Instagram demanding removal of images citing reasons such as “explicit content”, “copyright”, “discrimination”, “defamation,” etc.

What’s worse, many supporters of the protests were harassed through social media platforms’ direct messaging functions. C.A Yeung posted one example and asked Twitter to act upon it.

This is the kind of online bully ethnic Chinese Twitter users who tweet about #antiELAB have to endure from pro-CCP trolls. What has @Twitter done about it? Nothing. Reports of harassment are ignored. https://t.co/KjK0JIhWrh

It is good news that Twitter decided to disclose their investigation on the disinformation operation, but global platforms are yet to take more proactive countermeasures to stop state-sponsored campaigns and bullying of internet users.