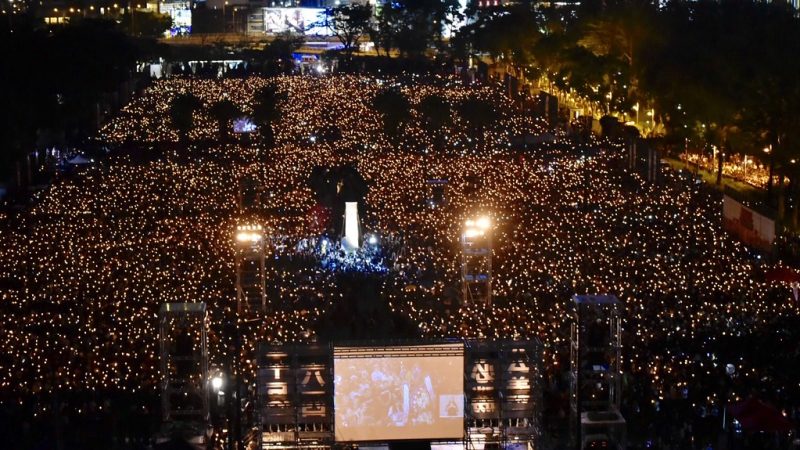 Thousands of Hong Kongers attended a candlelight vigil to commemorate the 30th anniversary of the Tiananmen Massacre at Victoria Park on Tuesday night. This collective act of remembrance has turned into a ritual for the past 30 years, as many Hong Kongers keep honoring the spirit of China's democratization, as well as the high price some paid for it on June 4, 1989.

The Chinese government continues to claim that the democracy movement led by students in Beijing in 1989 was a riot manipulated by foreign forces. The 50 day-long peaceful protest ended with a military crackdown on June 4, 1989. According to a Chinese Red Cross estimate, 2,700 civilians were killed, but other sources point to a much higher toll. A confidential U.S government document unveiled in 2014 reported that a Chinese internal assessment estimated at least 10,454 civilians had been killed.

Within China, the June 4 incident, as it is described, has been a political taboo for 30 years. The majority of the young generation has never heard about the military crackdown, as it has not been reported on in newspapers. Similarly, online discussions about the events have been and remain censored. This year, the Chinese Communist Party (CCP) affiliated news outlet Global Times described such censorship practice as a “political success”, as it has turned the June 4 incident into “a faded historical event rather than an actual entanglement”. 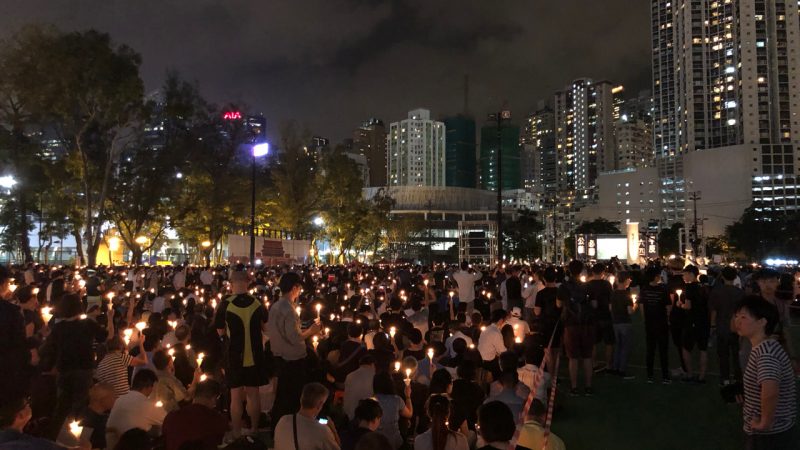 Photo from the candlelight vigil taken by Georgia Popplewell. Used with permission.

Hong Kong has been the most significant site within China in preserving the memories of June 4. The organizer of the annual candlelight vigil, the Hong Kong Alliance in Support of Patriotic Democratic Movement in China, has also established a June 4 Museum in the city in 2014.

Every year, the organizer also provides an update on the actual documentation of the victims of the Tiananmen Massacre, given that the Chinese government blocks any inquiries. The update is done by the Tiananmen Mothers — a civilian group composed of families of the victims. Despite ongoing harassment, surveillance and threats, the group has so far collectively identified and documented 202 individuals killed in the June 4 crackdown. 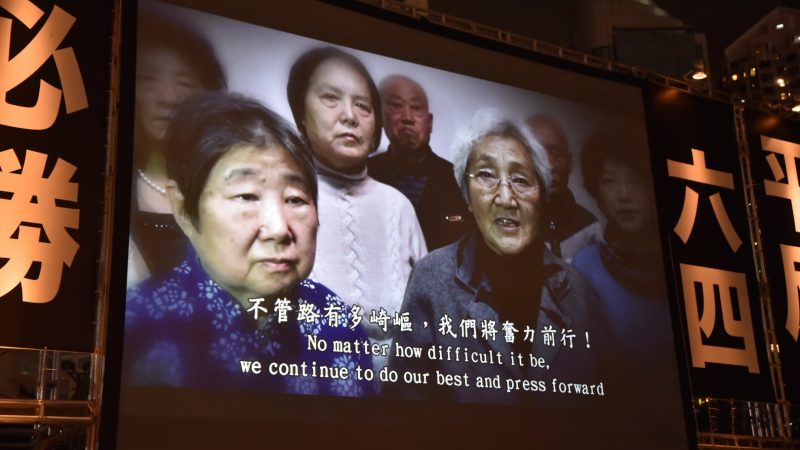 Members of Tiananmen Mothers vowed that they would continue seeking the truth in their video message to Hong Kong people during the candlelight vigil. image via inmediahk.net CC: AT-NC.

Former reporters and students who were in Tiananmen Square during the crackdown also shared their testimonies. During the candle night vigil, former student activist Liane Lee gave her first public testimony on stage (Chinese transcript via the Initium):

In the medical station [at Tiananmen Square], there were many dead bodies and injured people. I saw a student who was shot in his back near his neck. His body was covered with blood but he kept saying: “Carry on. Never give up.”
The ambulance kept running between the station and the hospitals. One ambulance came, someone in the crowd cried out: “Hong Kong students, get into the ambulance!” We said we are fine, we don’t need to go to the hospital, we don’t need the ambulance, we will stay on the square.”
Another ambulance came, more people yelled at us: “Hong Kong students, get into the ambulance!”. We insisted not to get on it. A female doctor came forward and grabbed my hands: “Kid, listen to me, you have to get onto the ambulance, you have to leave Tiananmen Square. Be safe back to Hong Kong, tell the world what happened here tonight. Tell them how our government treated their own people!”
That’s how I occupied a space in the ambulance and left Tiananmen Square!
For thirty years, I remind myself to remember every detail, every face, their voices, their sweat, their tears, and even their body temperature as they were passing out.
But I don’t know their names. In the past 30 years, the Chinese Communist Party, which says it acts in the name of the people and in the name of China, has called them only one name: thugs. 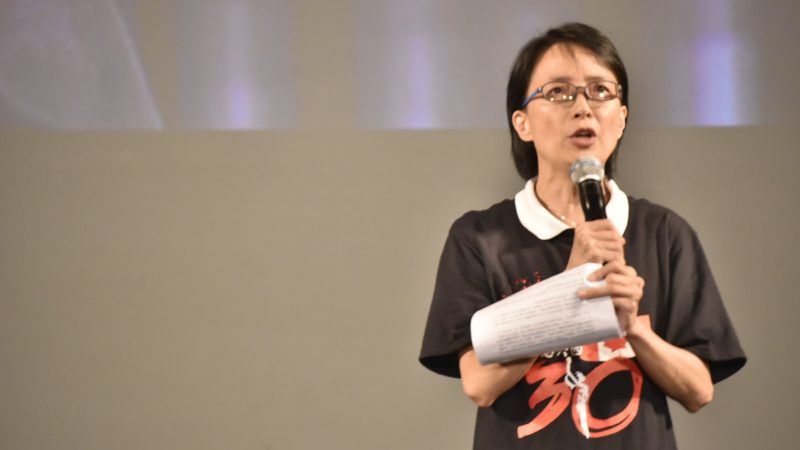 In mainland China, the official political narrative describes the June 4 military crackdown as a necessary step to preserve the One-Party system, as reflected in the Global Times’ latest commentary:

The Chinese government's control of the incident in 1989 has been a watershed marking the differences between China and former Eastern European socialist countries, including the Soviet Union and Yugoslavia. Since the incident, China has successfully become the world's second largest economy, with rapid improvement of people's living standards. The policy of avoiding arguing has served as a contributor to the country's economic take-off.

In such political context, the people’s memory of June 4 has become a “crime”, as depicted by lyrics of the song, Memory is a crime composed by local pop singer Anthony Wong to commemorate the 30th anniversary of the Tiananmen Massacre.

Anthony Wong performed on stage during the candle vigil and urged the people of Hong Kong to speak up against the amendment of the city's extradition law and to join an upcoming protest on June 9.

The spirit and the courage to remember are well preserved by the sea of candlelight. According to the organizer of the vigil, 180,000 people came to commemorate the 30th anniversary of the Tiananmen Massacre, breaking the record set in 2014.