'It is U who taught me that peaceful marches are useless.' 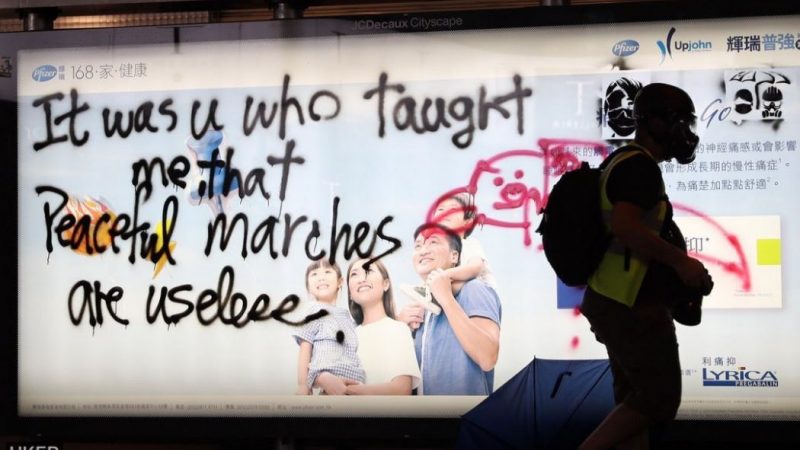 ‘It is U who taught me that peaceful marches are useless.’ Photo: May James/HKFP.

The rally was initiated by the Civil Human Rights Front to reiterate the demands of the anti-extradition campaign and to denounce Beijing’s intervention in Hong Kong’s political reform. The date is significant as 31 August marks the fifth anniversary of a decision made by the Standing Committee of National People’s Congress which sought to impose a screening mechanism for the future election for Hong Kong’s chief executive.

Although the CHRF was forced to cancel the official planned march after police refused to issue a permit, thousands of people defied the police ban and joined a “prayer walk for sinners” at Southorn Playground in Wan Chai.

Christopher Yeung, a Catholic who was leading the march, told HKFP that the march was not a protest but a religious gathering. Under the Public Order Ordinance, religious activity does not require police endorsement as long as there are less than 30 participants.

But thousands appeared at the Southorn Playground and walked towards the police headquarters in the early afternoon, then moved on towards Admiralty and Central. More people joined in resulting in the halting of traffic on major roads from Causeway Bay to Central. Police officers raised yellow flags at various spots warning crowds that they were breaching the law and could be prosecuted. But people kept on walking in the streets.

Escalated violence: batons and pepper spray in a subway carriage 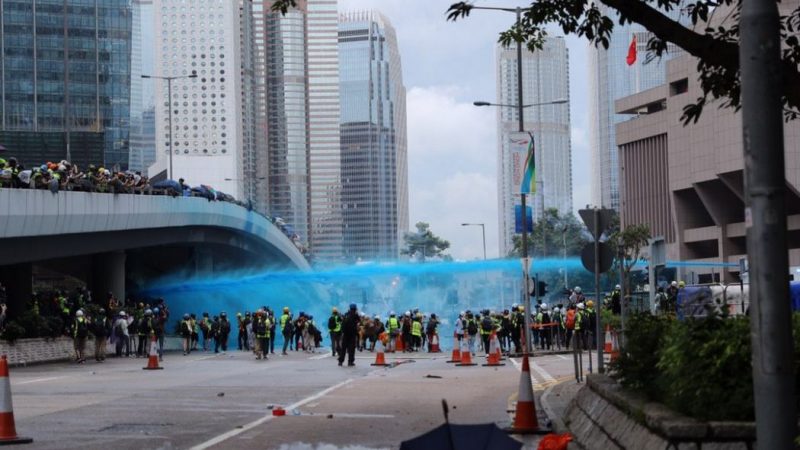 As night fell, riot police advanced along Hennessy Road. Near police headquarters, protesters built a huge fire, which was eventually put out by the fire brigade. 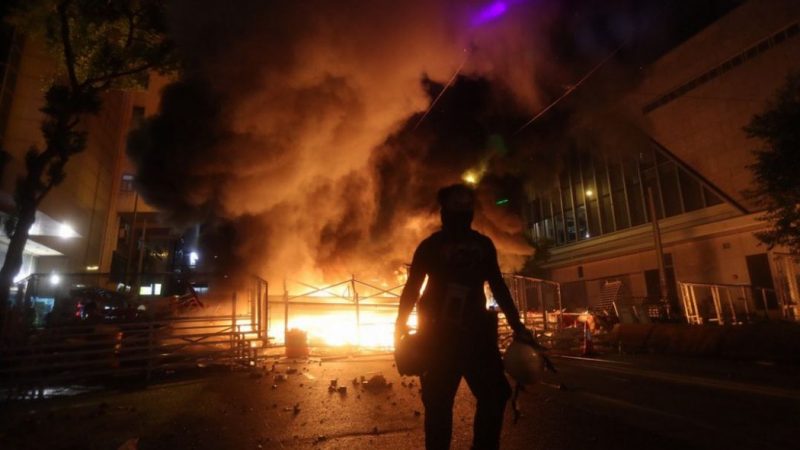 At around 9:30 pm police started arresting protesters. Undercover police officers fired two warning shots as they were outnumbered by the protesters when they attempted to conduct arrests in Causeway Bay.

Upon receiving reports from the MTR on a clash inside a train carriage as about 3-4 passengers stopped the protesters from entering the carriage with metal rod and hammer while the protesters fought back with umbrellas and a fire extinguisher. Riot police officers then charged onto the platforms of Mong Kok and Prince Edward MTR station to conduct arrests.

TV news footage showed riot police beating people with their batons inside train carriages at Prince Edward station and deploying pepper spray, with many passengers seen to be cowering and bleeding.

In a statement, the government claimed that protesters were vandalising stations and attacking members of the public, and officers had entered MTR stations to “stop all violent acts and arrest offenders.”

However, video footages shows that riot police were beating up people who were not acting violently. Vice-Chairman of the Democratic Party Lo Kin Hei described the police violence on the subway train as an authorized version of mob attack on 21 of July in Yuen Long:

The horrible scene at Prince Edward Station where Police Raptors rushed into the MTR train cart, and beat up anyone in there with totally no harm & no sign of defiance. Just the same as the 7.21 Yuen Long Attack carried out by mobs. pic.twitter.com/nTfBb1ehG4

The hospital authority reported that 41 were hospitalized and 5 suffered from serious injuries during the weekend clashes.