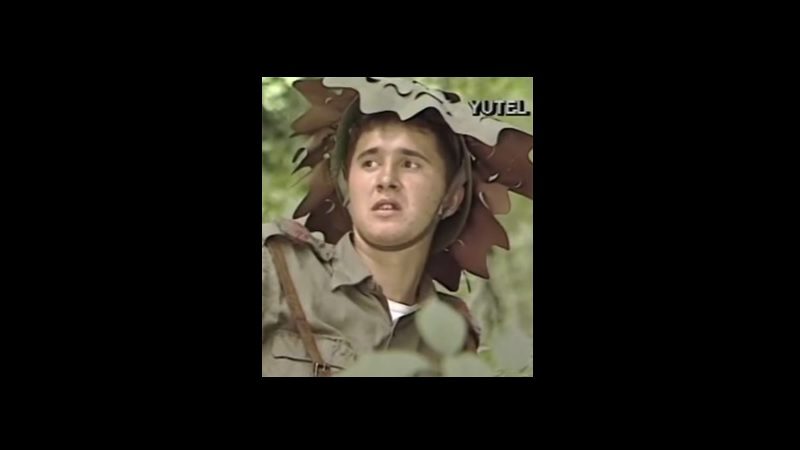 The interview is as haunting today as it was 29 years ago, perhaps even more so.

A despondent, scrawny, dark-eyed 19-year-old dressed in army camouflages speaks to a journalist from Yutel, a short-lived Yugoslav newscaster known for its relatively impartial coverage, as he takes cover from enemy forces.

Except he doesn't really know why they are his enemies.

Bahrudin Kaletović was a conscript in the Yugoslav People's Army (JNA). His frank interview, free of the jingoism that was pervading the various parts of Yugoslavia as it began to splinter in the early 1990s, made him a symbol of the “lost generation” that had the severe misfortune of being “fighting age” at that time.

Kaletović's words were recently remembered in a Facebook post written by Bosnian journalist and philosophy professor Dragan Bursać marking the interview's anniversary. The June 28 post earned over 4,100 reactions, including 329 shares.

“It seems to me that Bahrudin is more alive today than many of our contemporaries,” wrote Bursać, noting the distrust that continues to characterize citizens’ relationships with national leaderships in former Yugoslav republics, three decades on.

Mainstream media in the Balkan region tend to avoid revisiting the hows and whys of the wars that caused the breakup of Yugoslavia. The damage done to then-teenage conscripts, whose youth was sacrificed at the altar of nationalism, rarely features in national conversations. This is possibly because many of the architects of those wars and their direct descendants are still powerful today.

Kaletović fought on the Yugoslav side (JNA) in the “Ten-Day War” that finalized the process of Slovenian secession from the Yugoslav federation. It resulted in the killing of 44 JNA soldiers and 19 members of the Slovenian Territorial Defense (TO) and police, as well as 19 civilians. Nearly 5,000 JNA service-members were captured by the Slovenian forces, most of them conscripts who surrendered en masse because they did not want to fight.

This pattern was repeated during the subsequent wars in Croatia and Bosnia and Herzegovina, when Macedonian conscripts, officers and cadets surrendered to local forces before making a high-risk journey home via routes patrolled by JNA and Serbian police, or else circumventing them via Hungary and other neighboring countries.

Kaletović's interview was republished on YouTube by the Serbian fact-checking service Istinomer in 2011, as part of a report on the 20-year anniversary of the start of the war. That article describes the origins of the union-wide protest movement led by mothers of the stranded conscripts, including an incident when parents “occupied” the Serbian Parliament for a day, and then traveled to Slovenia to continue the protests.

While the young soldier's words remain an indelible part of the history of the Yugoslav wars, few people outside of modern-day Bosnia and Herzegovina knew what happened to him afterwards.

Bahrudin survived the war and all its traps, survived being taken as prisoner of war twice, he survived the front line, but 21 years ago he died in a traffic accident, on the road to his home in Tuzla. He was traveling to visit his family and his newly born son.

Below is a full transcript of the legendary interview.

Reporter: What can you say, do you have all the data, against whom you are fighting and all that?
Kaletović: How should I know. I only know they are shooting at us, nothing more.
Reporter: You don't know who's shooting?
Kaletović: Territorial Defense members are shooting. Who else?
Reporter: And do you know why this war, why this battle is taking place?
Kaletović: How should I know… As far as I can tell, they are, like, trying to secede, and we are, like, trying to stop them. In fact the only thing we want is to return to our barracks, nothing more.
Reporter: What do you think, what next? How next? You'd fight, or…
Kaletović: I have nothing to think about but how to stay alive. Screw this… You know the drill, bro, you've been in the army, you know how it is. You must do what you are told. No officers have died, only my friends…
Reporter: How many of your comrades have died today, do you know?
Kaletović: Three today.
Reporter: And no officers?
Kaletović: No officers…
Reporter: …in the line of fire?
Kaletović: …how do I know, I don't know where my head is. I have no clue, I don't know where I am, what day it is, how many… I know nothing. Total madhouse. Never in my life [did I imagine] I would shoot at someone or that someone would shoot at me. How can this be? It's not right. I really don't know about all this, I just pray to God to stay alive, nothing more. Just to stay alive, I swear on my mothers’ life.
Reporter: How old are you?
Kaletović: Nineteen…
Reporter: What is your name?
Kaletović: Bahrudin.
Reporter: How  many soldiers died?
Kaletović: Total of four so far.
Reporter: Here, in this area?
Kaletović: No, here three. This morning we had three deaths. Two were shot this morning,  two. And then, the guy who was wounded, he also died. Yes, died! For sure!
Reporter: What is the situation in your unit?
Kaletović: I have no clue… What to tell you. We all just pray to God for this to be finally over so we can go back to our homes. I don't know… my mom. Just to tell my mom that I'm alive and well, and that God willing I will return. Nothing more. Just  that.
Reporter: We wish you the best of luck.
Kaletović: Thanks! I tell you, appeal through all the media, TV, newspapers, radio, all of them… To calm this down. To withdraw us. They say we refuse to step down. Here we are dying to be withdrawn to our barrracks, to return us, to release us.
Reporter: And where are your barracks?
Kaletović: In Karlovac [Croatia].