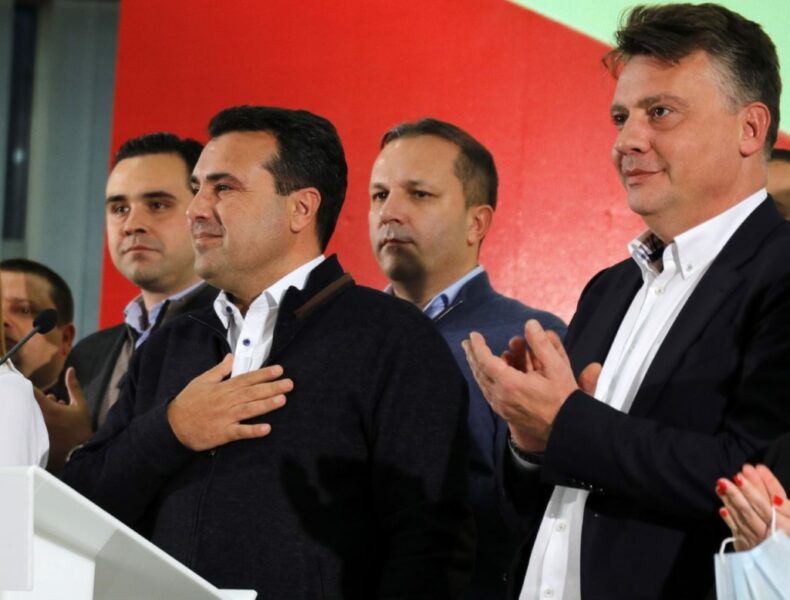 Zoran Zaev, the incumbent prime minister of North Macedonia, announced his resignation from his prime ministerial post and also from the post of the president of the political party Social Democratic Union of Macedonia (SDSM) in a late night press conference, after his party's defeat in the second round of the local elections on October 30.

Zaev had previously said we would resign if his party failed to retain the mayoralty of the capital. He also adamantly stated that early parliamentary elections are not an option. He claimed to be convinced that there are excellent working conditions for a government from the ruling coalition and also asserted that he will remain in his positions until a new parliamentary majority is formed. A few hours after the closing of the polls he said:

Let me congratulate our opponents on their victory in these elections. I accept the responsibility and I resign as a prime minister and president of SDSM and also congratulate all the progressive citizens who strived for an integrated North Macedonia.

Speaking after Zaev at the press conference, incumbent City of Skopje Mayor Petre Shilegov congratulated his opponent Danela Arsovska for her victory. She ran as “independent candidate backed by VMRO-DPMNE.” Shilegov expressed his gratitude to all the citizens and activists who gave their support, claiming that the party will remain vigilant against abuses of power as opposition at local level. 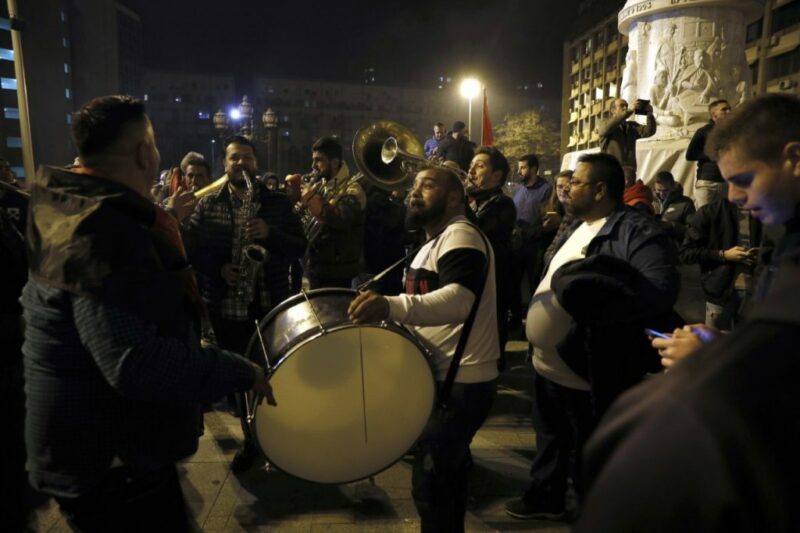 VMRO-DPMNE supporters celebrating their victory in local elections in Skopje on October 31, 2021. Photo by Meta.mk, CC BY-NC, 2.5, used with permission.

During 2021 the two parties, considered the biggest in the country, received much fewer votes than in previous election cycles, in absolute numbers. Local political analysts consider protest votes for smaller parties, abstinence and apathy stemming from disappointment, and disinformation key factors that determined the outcome.

What now, and what next?

The news of Zaev's resignation has been broadcasted by the most influential international news agencies and media around the world. He said he will remain prime minister long enough to enable a transition to a new government majority and cabinet.

International and Balkan experts, commenting on this sudden development, blame the stagnating reforms, but also the European Union (EU) for failing to deliver on its promises.

Zaev's government made painful compromises with Greece, changing the name of the country to North Macedonia in 2019 as precondition to join NATO and EU.  Since then, nationalist opposition parties portrayed him as a traitor, amplifying the dissatisfaction of the electorate with issues affecting quality of life. The country joined NATO in 2020, but then several EU members blocked EU accession for both North Macedonia and Albania.

Florian Bieber, Professor of South East European History and Politics and director of the Centre for South East European Studies at the University of Graz, wrote that SDSM’s defeat is partly self-inflicted and partly the result of the EU’s failure to deliver on the EU integration process, due to the dispute with Bulgaria.

Good news: Resigning without necessity is a rare step of political courage and shows that taking political responsibility is possible. Bad news: opposition unreconstructed, nationalist & pro-Orban. No clear successor & will a new PM have momentum to re-start serious reforms? 2/2

VMRO-DPMNE is allied with authoritarian Hungarian president Orban, who has provided sanctuary for former strongman Nikola Gruevski, who was convicted for corruption. The main opposition party in North Macedonia is the same nationalist structure that conducted state capture until 2017. The issue of a successor to continue Zaev's reforms remains open.

Macedonian human rights expert Mirjana Najchevska, a professor at the Institute of Sociological, Political and Juridical Research in Skopje, had this to say on Twitter:

POSSIBLE SCENARIOS
With the resignation of the prime minister, according to the Constitution, the whole government is in resignation. The resignation letter is submitted to the parliament, which votes on it. There are several possible exit solutions of this situation.

Given the legal framework, Najchevska outlined the following possible scenarios:

(1) The first solution is for the current government majority coalition to receive a new mandate from the president of North Macedonia, after which the SDSM or its coalition partners can nominate a new mandate.

(4) The last remaining option is that all the political parties in the parliament agree to form an expert government that will conclude the current government’s term.

Zoran Zaev’s departure marks end of a brief era of political progress in W Balkans. I wrote extensively about the significance of the Colorful Revolution; warned in my book that if “democratic revolts” of mid-2010s failed, restoration of autocracy would lead to renewed conflicts.

Carl Bildt, the former Swedish diplomat who is a specialist for the Balkans commented that Zaev’s resignation is the least desirable development at the moment in terms of EU’ s enlargement in the Balkans.

Unlikely to be top global news, but a political crisis in 🇲🇰 is the least we need now in order to get the critical 🇪🇺 enlargement agenda in the Balkans moving. https://t.co/uBcXveIN01