'Shorebirds are declining at an unprecedented rate' 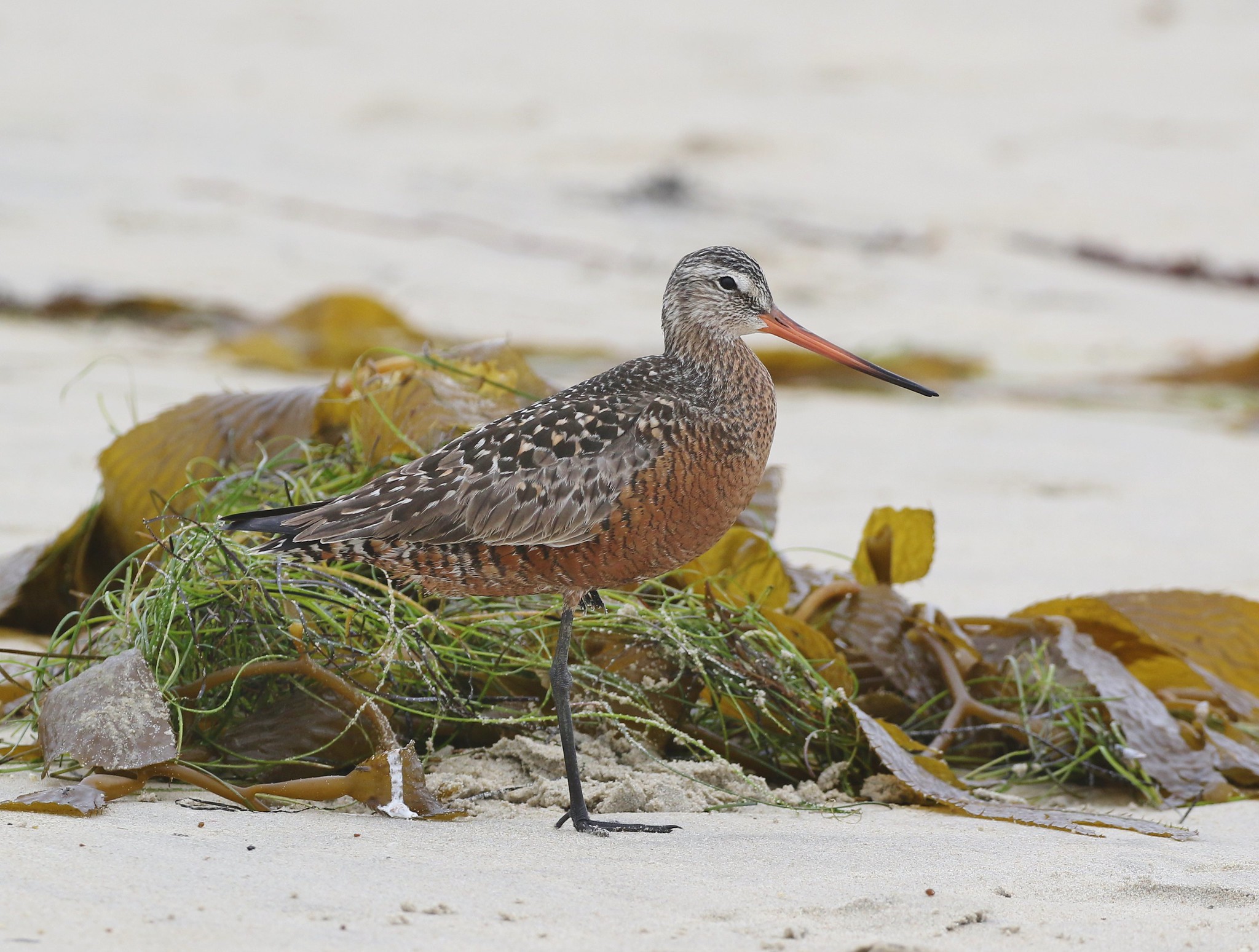 The Hudsonian Godwit, one of the species of particular concern when it comes to shorebird hunting in the French Caribbean. Photo by Tom Benson on Flickr, CC BY-NC-ND 2.0.

Some traditions die hard, even when times and circumstances change. On some Caribbean islands, shorebird hunting, which dates back to the colonial era, is one of these long-standing customs, particularly in the French Caribbean islands of Martinique and Guadeloupe. The practice also takes place—albeit to a lesser extent—on the English-speaking island of Barbados, in the eastern Caribbean, while on the South American mainland, shorebird hunting is most prevalent in French Guiana and Suriname.

Shorebirds come in all shapes and sizes, from the stately Whimbrel and the leggy Black-necked Stilt, to the tiny Least Sandpiper and the elegant Stilt Sandpiper. However, many shorebirds are extraordinary in one particular way: they are long-distance travellers. Aerodynamically designed, a number of species have been recorded making flights longer than 5,000 kilometres, non-stop. They rest and refuel in Caribbean wetlands and coastal areas during their autumn migration. The wetlands also provide shelter and, for some, a home for the winter. Yet, thousands are shot by hunters for sport during this time.

In the French Caribbean, the journeys of many come to a tragic end. Regional NGO BirdsCaribbean tells the sad story of Machi and Goshen, two birds who were tracked via satellite. Having successfully avoided Hurricane Maria during their migration, the pair were shot dead in the same swamp in Guadeloupe. This was a wake-up call to conservationists across the Americas:

Machi and Goshen were two Whimbrels fitted with satellite tracking tags by scientists at the Center for Conservation Biology. We learned that these two sturdy birds took detours around the violent tropical storms of 2011 and made their way further south through the eastern Caribbean. Machi, in particular, had taken some extraordinary trips in his lifetime, clocking many thousands of miles since he was first tagged in 2009. But in 2011 – just ten years ago now – a sad fate awaited them. News broke that Machi had been shot by hunters at a swamp in Guadeloupe. The news of Goshen’s death, in the same area, swiftly followed. They had weathered the storms, only to end their lives at the barrel of a gun.

Soon after, BirdsCaribbean and others organised a letter-writing campaign to decision-makers in the French government, with hundreds calling for increased regulation of hunting in the French Caribbean. This effort was fairly successful, in that it resulted in tighter restrictions in Guadeloupe, including hunting regulations that now include bag limits for each species. These regulations are now reviewed, adjusted and set by decree for each French overseas territory, annually.

This year, an alliance of conservation groups came together in opposition to the 2020-2021 decrees on hunting in the French islands. Over 1,000 letters from concerned scientists and the general public were sent in, requesting the suspension of hunting of the Hudsonian Godwit—a species of particular concern—in Guadeloupe. They also asked for the hunting of 10 shorebirds and four songbirds, all with poor conservation status, to be suspended in Martinique. A judge partially upheld the requests.

BirdsCaribbean recently produced a video (WARNING: it is, at times, distressing to watch) in English, French, and Spanish, highlighting the problem.

The situation in Barbados is better for the birds and those who care for them since shorebird hunting has been in decline since the 1990s. The island has few remaining natural wetlands, and most of the “shooting swamps” developed by hunters in the early days have closed. According to BirdsCaribbean, it appears that younger Barbadians are not interested in hunting, which is also becoming costly. In addition, the Barbados Wildfowlers Association has been self-regulating with harvest limits. The island's first “no shooting” wetland refuge, the Woodbourne Shorebird Refuge, was established in 2008. Efforts are also being made to rehabilitate the Graeme Hall swamp as a nature sanctuary and the island's first national park.

Here are two facts that are indisputable: Firstly, shorebirds are declining at an unprecedented rate. Taking the example of the Lesser Yellowlegs, its numbers have fallen by 60-70 percent since the 1970s!

Secondly, we believe that we can make a difference if conservationists and hunters work together to build a well-managed, sustainable hunting program. Historically, hunters have played an important role in conservation; for example, the nonprofit Ducks Unlimited has worked with landowners and federal and state agencies to conserve, restore, and manage millions of hectares of wetland habitats for ducks, other wildlife, and people. The dialogue among all stakeholders must continue. We all know that regulations and monitoring are essential, going forward, or the steady decline in shorebirds, most of which are migratory, will continue with disastrous results. So, enforcement of the laws that already exist, and development of future ones, is vital.

There is always a considerable human dimension to conservation. Caribbean shorebirds, whose numbers are declining so precipitously, already have enough man-made pressures to contend with: chief among them is climate change, accompanied by pollution and habitat destruction through tourism and other coastal developments. Hunting is, at least, one challenge that can be curtailed, with greater cooperation and changes in attitudes.

Disclaimer: The author is an avid birder and the secretary of BirdsCaribbean.