World Shorebirds Day in the Caribbean: The beauty of wetlands and the birds that visit them

Many shorebird species are migratory, but some do stay

Not only do birdwatchers the world over love looking at birds, they also love to count them: lists and data factor into the pastime in a big way. In the Caribbean, these “citizen scientists” play an important role in documenting the presence and the movements of island birds — there are special dates on which they spring into action, and one of these is World Shorebirds Day, which was recognised this year on September 6.

In honour of the occasion, regional birds were counted, photographed, and recorded in the eBird Caribbean database between September 3 and 9.

Many shorebird species in the Caribbean are migratory, often stopping off in different islands on their way to somewhere else. The chunky Red Knot, for example, is an incredible long-distance flyer. In its ongoing series of online colouring book pages, the nongovernmental conservation organisation (NGO) BirdsCaribbean noted:

Red Knots breed in the far north, the Arctic. They can spend the winter as far south as the southernmost tip of South America. This means they make some amazing migratory journeys of tens of thousands of miles overall! Red Knots gather in large groups in some places during autumn and winter; this makes them vulnerable to threats like sea-level rise and hunting.

BirdsCaribbean also shared a useful Shorebird ID guide, as many of these charming little birds can be deceptively similar: 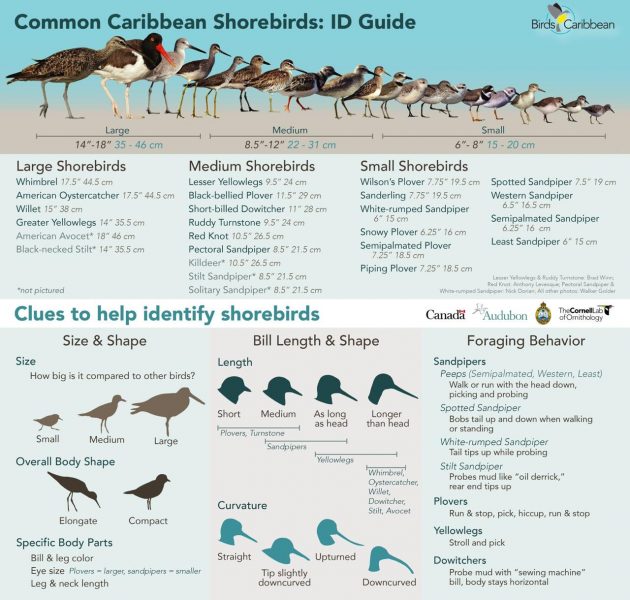 Members of BirdLife Jamaica — much fewer in numbers this year, due to COVID-19 restrictions — trekked in ones and twos to their favorite viewing sites. One member, on arriving in Old Harbour Bay after heavy rains the day before, found the location overwhelmed with mud: 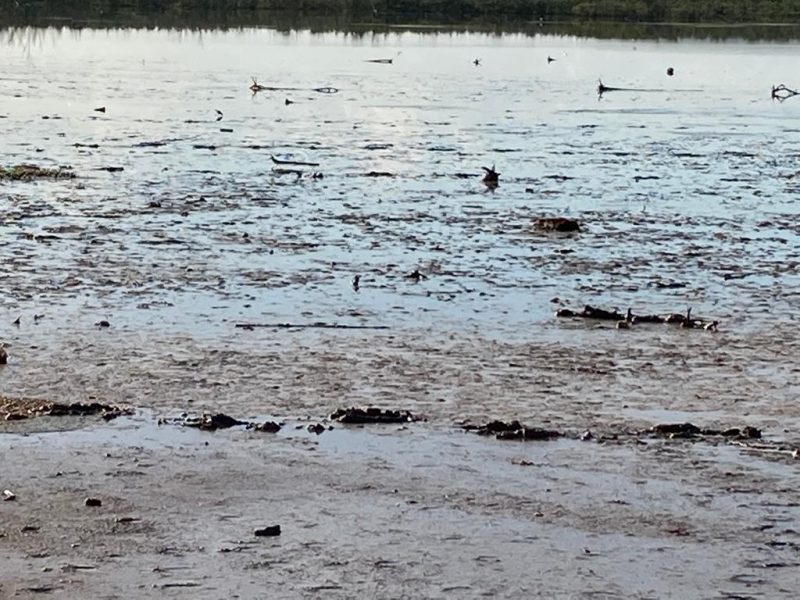 Many shorebirds have an amazing range. The Short-billed Dowitcher, for example, flies from Alaska to Canada, winters south in Brazil and spends time in the Caribbean, too: 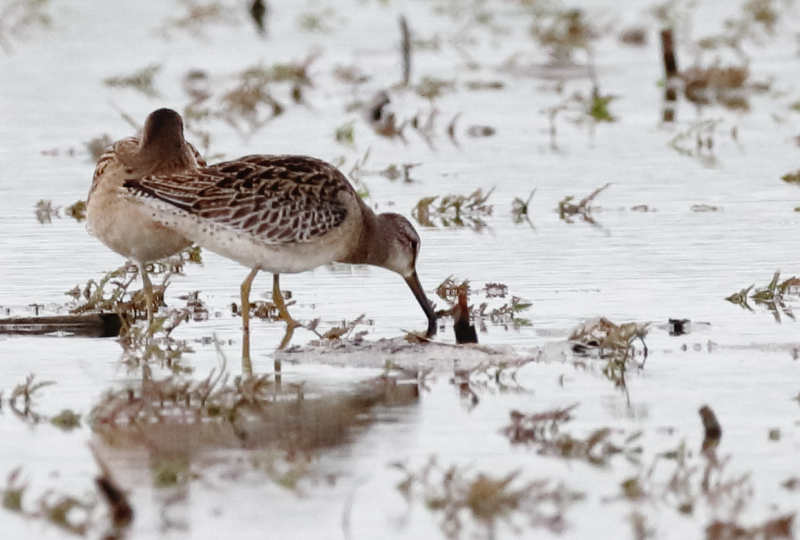 The Grey or Black-bellied Plover is a global nomad. It breeds in the Arctic tundra and winters south, spreading virtually worldwide. This one decided to make a stop in Jamaica: 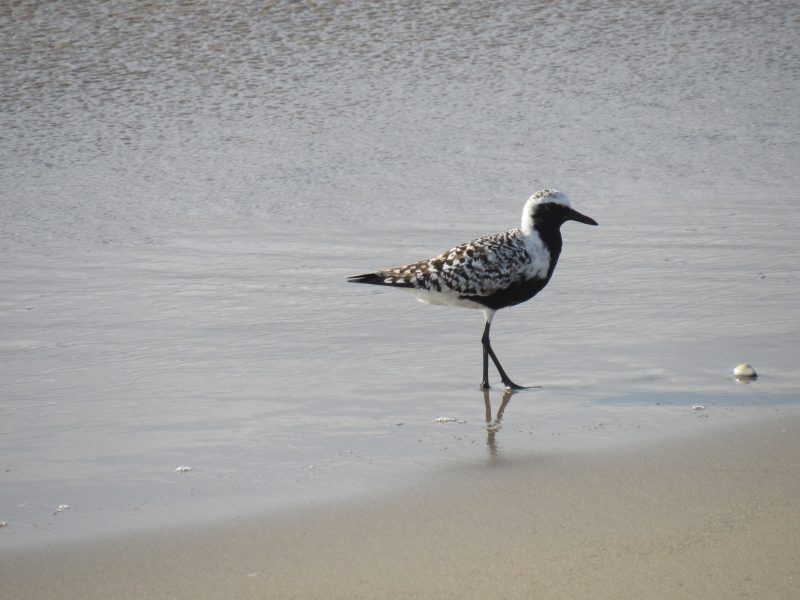 There were more sociable events on the calendar. The NGO SusGren (Sustainable Grenadines) shared photos of an educational trip to the newly-restored Ashton Lagoon on Union Island:

In celebration of World Shorebirds Day 2020, SusGren in collaboration with Environmental Attackers conducted educational outreach for some students of the Stephanie Brown Primary school. The high-spirited students, who were out of their beds as early as 5:30 a.m for the session, were engaged in activities such as bird labeling, bingo, and bird identification. […]

In Trinidad, a huge and diverse array of wetland species was on display. The Whimbrel, an elegant shorebird, is another Caribbean migrant that is still fairly widespread globally: 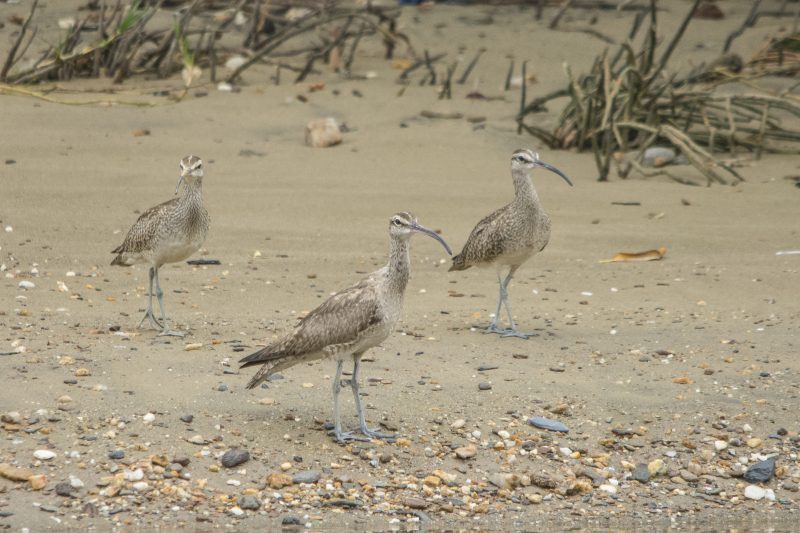 The Black Skimmer, however, is quite an unusual sight in the Caribbean. This bird literally skims the surface of calm coastal waters and lagoons: 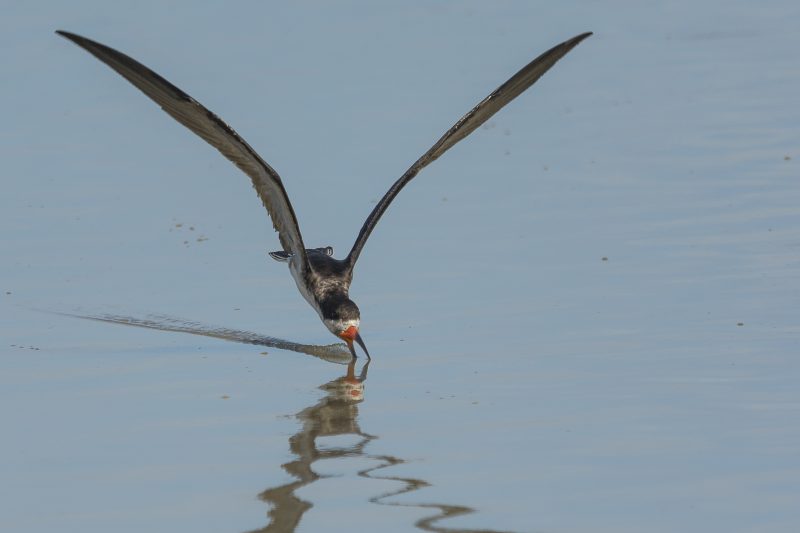 The beautifully named Laughing Gull is fairly common across the Caribbean, where it breeds. It spends winters in northern Brazil: 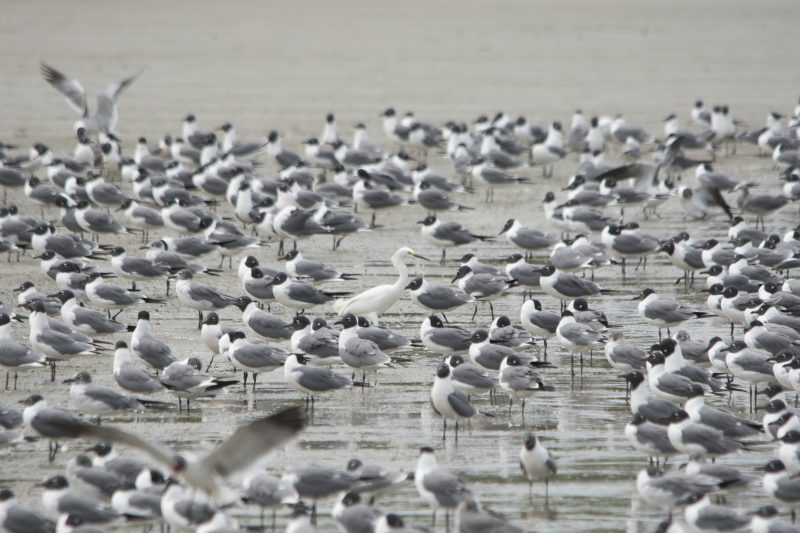 Some shorebirds, of course, do stick around. The Brown Pelican, for example, is a regular sight, cruising along the shorelines and further out to sea. Its local name in Jamaica is “Old Joe”; it is a common, year-round resident of the larger islands, gliding low over the waves or doing spectacular dives for fish: 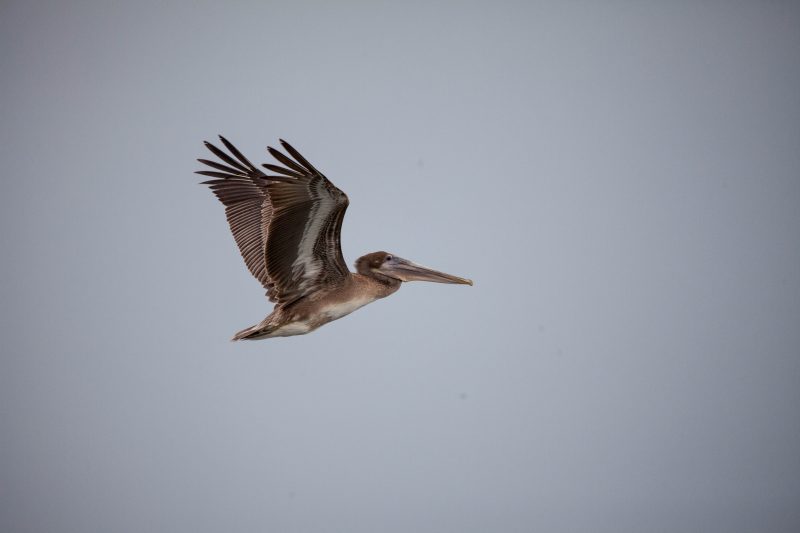 Another charming Jamaican resident, whose numbers may be augmented by migrants from North America in winter, is the Black-necked Stilt. This noisy bird, on its spindly red legs, nests on the ground near water's edge: 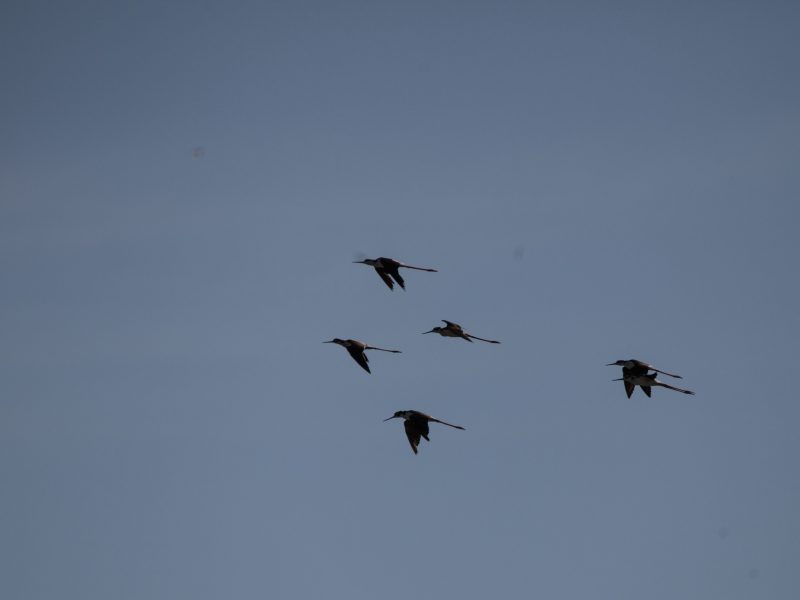 For Jamaican birders, the highlight of World Shorebirds Day was perhaps the appearance of an adorable family of West Indian Whistling Ducks, captured on video by Damion Whyte, biologist, birder and a passionate social media educator on all things environmental. The location — a sewage pond in Portmore, St. Catherine, — was perhaps not so beautiful, but a good birding spot nonetheless:

The West Indian whistling duck (Dendrocygna arborea) is a whistling duck that breeds in the Caribbean. It is protected by law and it is illegal to capture or hunt these birds in #Jamaica. #Roostersworld @Birdlifejamaica @BirdsCaribbean @ebird pic.twitter.com/q2xA3qf218

Species such as this beautiful bird are declining in numbers throughout their range in the Caribbean. Large tourism developments, including hotels, marinas and other projects, continue to be built along the islands’ coastlines, resulting in the destruction of vital mangroves and wetlands in which these birds rest along their migratory flyways. Currently, three tourism projects under way in Grenada threaten wetlands that shelter several endangered species, including turtles.

On some islands, especially in the French Caribbean, hunting and plastic pollution are major threats.

World Shorebirds Day in the Caribbean is not only a celebration of the birds themselves, but of the beautiful places they call home, even if only temporarily for many of them.