Eleven years after its last devastating earthquake, an even stronger one hits Haiti

'It happened so quickly' 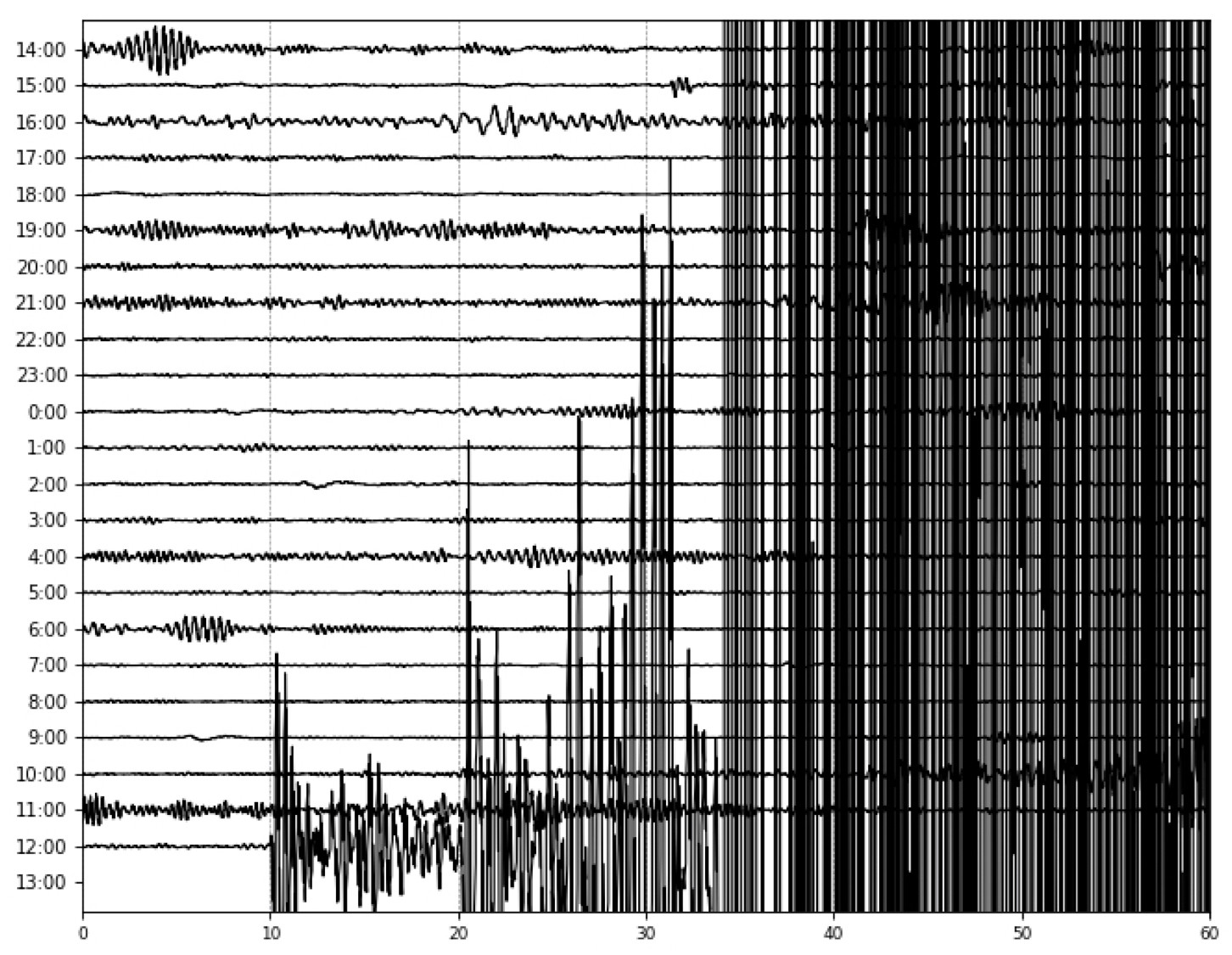 A reading of the 7.2 magnitude earthquake that struck Haiti at 8:29 a.m. on August 14, 2021, from a seismogram taken at the Mount Denham seismic station in Jamaica. Photo by James St. John on Flickr, CC BY 2.0.

At 8:29 a.m. local time on August 14, Haiti once again felt the brunt of a powerful earthquake. The strength of 2010's tremor, which caused tremendous loss of life and damage to property, had been 7.0; this latest quake was estimated to be at least 7.2 in magnitude, with an epicentre 12 km north-east of Saint-Louis du Sud, primarily affecting areas along Haiti's southern Tiburon Peninsula.

At this time, 225 people are confirmed to have died and 1,500 injured. President Ariel Henry has declared a state of emergency.

Not only was the force of this tremor more intense than the 2010 event, it was also 3 km closer to the surface, at a depth of just 10 km, and was followed by several substantial aftershocks, prompting a tsunami alert in the region.

For anyone who needs it: there was a large earthquake a little while ago. Here's the location. pic.twitter.com/gGLoQlTiEe

The effects of the quake were felt in the Dominican Republic, which shares a border with Haiti, as well as in Cuba, Puerto Rico, The Bahamas, the Turks and Caicos Islands, and Jamaica, prompting the Jamaica Observer newspaper to immediately ask:

Very powerful. Woke me from deep sleep, bed, mirrors, doors, could actually feel the movement of the building while bracing in the doorway!- Hughenden Kingston

Her experience underscores the intensity that Haitians must have felt when the quake hit, as Kingston, Jamaica is 479 km away from the Haitian capital.

The citizen journalist doing the filming in the above video is saying, “Friends, this is live, live!” Confirming that the earthquake just happened and that it was a strong one, he adds, “Luckily for me, the place where I am [living] didn't fall down. […] Thank God it didn't fall down.” He says he ran from the scene and is thankful he is okay.

The above footage shows scenes of a hotel that collapsed with— according to the videographer—”a lot of people underneath … a lot of people.”

This scene shows the panic of people evacuating the area through streets that were already beginning to flood.

This video, which shows scenes from a market, appears to be taken in a town called Pestel. Saturday is the traditional market day in Haiti when many people go out to buy their supplies for the week ahead. The voice-over on the video says, “There are people injured, houses flattened, and there are people who died […] It happened so quickly.” Much of the testimony repeats the Haitian Kreyòl phrases “kraze net” and “kraze plat”, meaning “totally flattened.”

The Église Sacré Coeur des Cayes, the Church of the Sacred Heart, located in the seaport town of Les Cayes on the country's south coast, also collapsed. The overall Les Cayes area was particularly hard-hit:

The timing of the earthquake only adds to Haiti's woes. Not only is the country still reeling from the assassination of former president Jovenel Moïse and the political and socio-economic instability that prevailed even before his death, but in the midst of the Atlantic hurricane season, Haiti has also been under tropical storm warnings.

High numbers of casualties are being predicted, and the damage is already significant. On Twitter, however, structural geologist Dr. Judith Hubbard hoped that because the quake occurred in less densely populated areas than in 2010, there might be fewer fatalities:

The updated focal mechanism for the earthquake from GFZ indicates the rupture was on land, and oblique thrust – similar to the overall 2010 event, which combines a mostly strike-slip mainshock with a cluster of smaller thrust earthquakes.#tectoplot #haitiearthquake pic.twitter.com/cr7w7nD5qn

Yet, there have been confirmed deaths in Les Cayes, and the area of Jeremie is also reported to be badly affected. Footage of people being rescued from under the rubble is being circulated, including this one, where a young woman and child were pulled out of a collapsed house:

While much of the narrative around this latest natural disaster defines Haiti as “the poorest country in the western hemisphere,” some Twitter users reminded people exactly why that was the case. Meanwhile, Haitians themselves banded together to find solutions in the immediate aftermath, forming rescue teams and helping one another, showing their strength, resilience and determination to overcome—yet again.