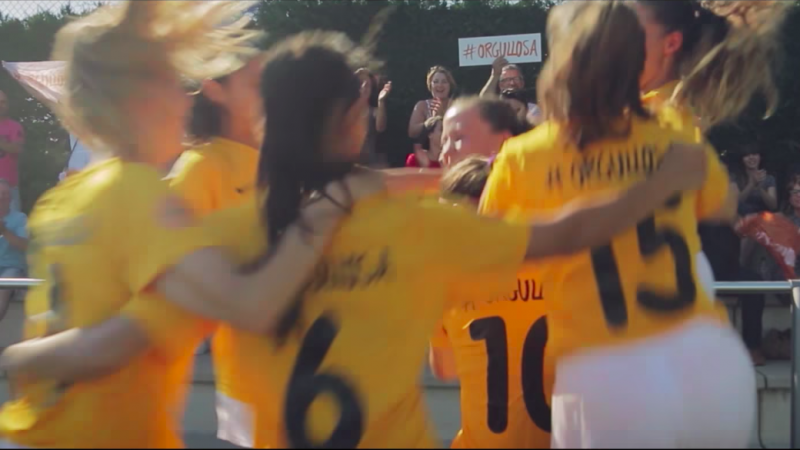 Football players of Catalonia's Terrassa Football Club were expelled from competition after they've proffered sexist insults at the female club mates during a match, sparking a broader discussion on social media about sexism in male-dominated sports.

On February 2, the Terrassa veterans, who play in the Spanish league's third division, had a match scheduled to kick off immediately after another match between the club's second division female team and rival Villadecals. As the male players warmed up, a female footballer suffered a severe injury on the field, which delayed the end of the match.

The veterans turned restless and began demanding the women's match to be concluded, while also insulting the players. According to the referee's minutes, the veteran players yelled: “get off the field, it's time for us to play. This game should have been suspended. You shouldn't [even] be playing.”

The female players rebuked them and were quickly joined by some members of the public. Then the men's insults turned sexist: “Go to the kitchen, go wash dishes, you pieces of shit. You're sluts,” were some of the expletives cited in the minutes of the match.

Fearing further escalation, the referee suspended the women's match, to which the female athletes from both teams responded by sitting at the center of the field to impede the men's match from taking place. A video shared by local YouTube channel “Diari de Terrassa” captured the moment:

An later investigation by Terrassa FC concluded it had been only two male players who proffered sexist insults, but once the team refused to identify said players, the club decided to withdraw the entire team from the rest of the competition. In a public statement, the club asserted that “sexist insults is a grave violation,” and added:

Our club has worked and will continue to very actively and energetically work towards equality. We want to state that our values are very far from the image that has been presented [by the veterans].

The incident swept over social media. Noemí López, one of the Terrassa FC players, tweeted her discomfort about what happened and included other people's posts about the case, as well as a copy of the referee's minutes:

It's such a shame that we still have to go through these kinds of situations … #SittingAgainstSexism [The text in black and white reads: “It seems unbelievable that we are well into the 21st century…yesterday, two teams, playing the sport we like the most, had to put up with sexist comments by a team of veterans. To think that many of them are parents. Such a shame.”]

Many Twitter users expressed support for the women's team:

It seems that every time #futfem takes a step forward, some men have to come out their caves and make a scene. The veterans’ actions were absolutely deplorable @TerrassaFC 🤷🏼‍♀️https://t.co/Z3SkXAAq8r

The Royal Spanish Football Federation also condemned the sexist acts on a press release, where it affirmed that “such behaviors are not acceptable in our football.”

Some people, however, tried to defend or justify the veterans’ actions by arguing that men were also victims of insults. A reader (identified only as “mr nice”) commented on website 20 minutos:

It's not that I want to justify it, but male players are also teased and insulted, and they don't go around crying and whining about it. If you want equality, that's what they do to men.

Another reader, identified only as “Makoque,” replied to that comment by explaining the differences between both situations:

…To be insulted during a football game is bad, but it is what it is. However, when adult men insult young women with phrases such as “go do the dishes” or “get back in the kitchen”, that's sexist. And the fact that, on top of that, [those insulting] belong to the the same club, that's just behaving like jerks. Calling a player of African descent a son of a bitch is bad. Calling him a black piece of shit is racist.

Many on social media have lauded the firm and swift punishment wielded by the club's directors to the veteran players:

The club's actions, along with the public's positive response, seems to signal a shift on the sexist culture surrounding football, a sport traditionally reserved for men where women players and referees are systematically discriminated.