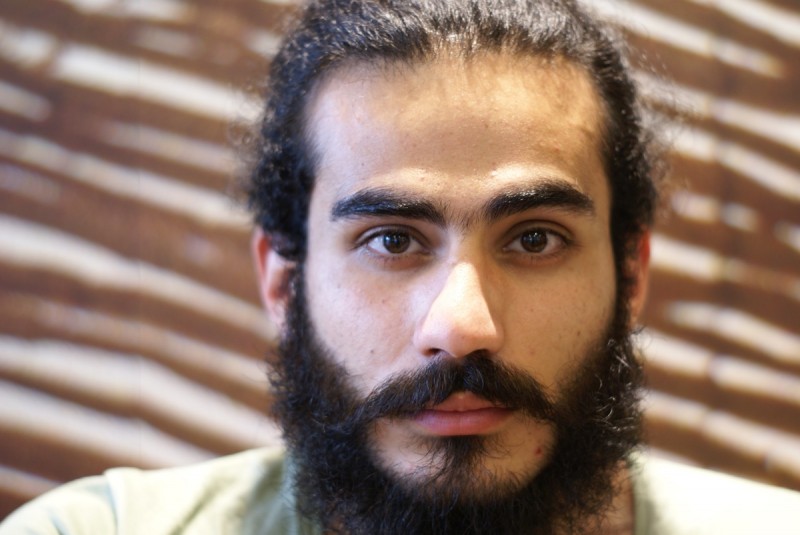 This essay by Yilmaz Ibrahim Basha, 24, was originally published on PRI.org on May 31, 2016, and is republished here with permission.

In 2013, I was captured and imprisoned by ISIS.

I was held in a prison cell in Raqqa, the capital of the Islamic State, for a month. The first cell was a tiny closet, 3 feet wide and only a foot deep. I stood in there with three other guys for 12 hours. It was dark, like a grave. I could hardly breathe.

In the early morning they took us to a bigger cell to pray and I stayed there for two more days. Most of the prisoners were Free Syrian Army fighters, journalists and activists. They questioned me twice during those two days. They thought I was a paid spy for America and Turkey. Eventually they led me out of the cell, blindfolded and handcuffed. Some of them said they would take me to Mosul in Iraq to their military court. Others said they would kill us in the center of Raqqa, which was a famous place for public executions.

All that turned out to be lies just to terrify us. They put us in a minibus and drove for about two hours. I thought we were really going to Iraq. Then they stopped in the desert; I could just see through the band over my eyes. Some prisoners started praying because they thought we would be executed. They made us hold each other’s hands. They took us down inside a basement. They put us in a small room and took our blindfolds off. We were five people. They brought a small dish of rice and three pieces of bread for us all. They beat me with a cable.

After a month, they finally released me. It was thanks to some members of local clans in Raqqa that I knew before. They negotiated for my release. I was so happy to be free again. But I was not really free. Syria was no longer a safe place for me. Fighters from ISIS could come for me again any time. And when I called my family to tell them I was released, my father told me I shouldn’t go back to my home in Ras al-Ein, which is in northwest Syria, near the Turkish border. He said the situation there was too dangerous for me. I was wanted by the regime and other parties for my work as a journalist. So I made some calls to friends. I determined that Turkey was the safest place for me to go.

At that time, in July 2013, it was still possible to safely cross the border with Turkey. I decided to go to Istanbul because it was a big city and I thought that finding a job there might be easier for me. But the French Embassy in Ankara had asked to meet me, so I went there first. They wanted to ask me about the French journalists who had been kidnapped by ISIS. They thought I might have some information about them. They also asked me about ISIS in general, and about my experience in Raqqa.

When I finally arrived in Istanbul I went to a hostel first with some friends and tried very hard to find a job. But it was all in vain. The little money I had saved was becoming less and less every day. Without work it is difficult anywhere. In Turkey, searching for a proper job is like looking for a needle in a pile of straw. They ask you to work no less than 15 hours a day with a salary that will not be enough to cover even rent. I started to become hopeless and desperate. Language was the first problem since I didn't speak any Turkish. Being Syrian was another problem because they didn't like us. Employers discriminated against us. I met people who were forced to do hard labor for little money. They lived like robots. I didn’t want that.

But as they say, when a door closes another one opens. There was a conference in Istanbul to discuss the situation in Syria. That was September 2013. I was invited to it because I was an activist and a former prisoner. At the conference I met Ahmad Tuma, who is the head of the exiled Syrian interim government. He knew I had worked before in the media and asked me to work with them as a photographer and cameraman. I was excited to become part of a project that might shed light on Syria's conflict and the terrible existence of so many Syrian refugees. I wanted the whole world to see these facts, to understand the devastation of what was happening.

So I moved to Gazientap, which is close to the Syrian border. That’s where the new headquarters of the Syrian interim government would be. A few months later my family called. It was bad news. They had been forced from their homes by the Kurds in Syria because they were my family and I had been working for the opposition government. The Kurds told them that I had to surrender myself or they would take my father instead. So my family decided to make a run for Turkey.

“I tried to look for a job again. But working in Istanbul is like slavery. You work long hours for little money. And sometimes they cheat and don't pay.”

Incredibly, they made it. It was my father, my sister and my aunt, who has been like a mother to us after my mother died of breast cancer in 2010. I went and met them in Urfa, which is in southeastern Turkey. When I was a prisoner I thought I would never see them again. I was so happy. But I was also sad. They lost everything because of me. They comforted me saying all was OK. They told me they were proud and willing to give everything for my safety. It was a moment full of joyful tears. But I still felt guilty about what happened.

From that time on I became responsible for my whole family at my young age of 22. I searched for a new flat so they could live with me. I found a small flat for 1,000 Turkish lira ($340) per month, which was a big amount for a small place. But I had no choice. Many people in Turkey won’t rent to Syrians.

I started working with foreign journalists as a freelancer, translator and story finder. I worked with the Daily Telegraph and the BBC and many others. I liked that; it was an amazing experience to do what I really liked. My excitement for working with the government began to fade away pretty quickly. They weren’t sincere in their concerns about refugees, or even Syria, I thought. So I left them in December 2014 and decided to go back to Istanbul.

Eventually my cousin called me from Syria. He proposed the idea of going to Europe. But it was winter and I didn't want to leave my fiancé alone at that time. She had just come to Turkey from Iraq, so we postponed leaving until summer. I met my fiancé online. We got to know each other for about six months while she was in Erbil, Iraq. When she moved to Turkey we met for the first time and our relationship became strong. We were married last August.

I went to Istanbul this time with promises from Syrian friends living there to help me find a flat and a job. My family moved to live in a shared house with my uncle near the Syrian border. But nothing was easy. One night while I slept, I was robbed. Our money and our mobile phones were stolen. The people I thought were friends were only using me. When they needed my money they were friends. But when they got their own jobs, they turned their backs to me. I tried to look for a job again. But working in Istanbul is like slavery. You work long hours for little money. And sometimes they cheat and don't pay.

I tried working again with foreign journalists. I traveled between Istanbul and the Syrian border, researching stories about refugees and former members of ISIS. Finally, spring came. And with it new ideas of starting a new life in Europe. I wanted to achieve my dreams of studying photography. Pursuing my dreams in Syria was too dangerous, and in Turkey it was impossible because I wasn’t a resident. Europe seemed like the only place I could go after them. 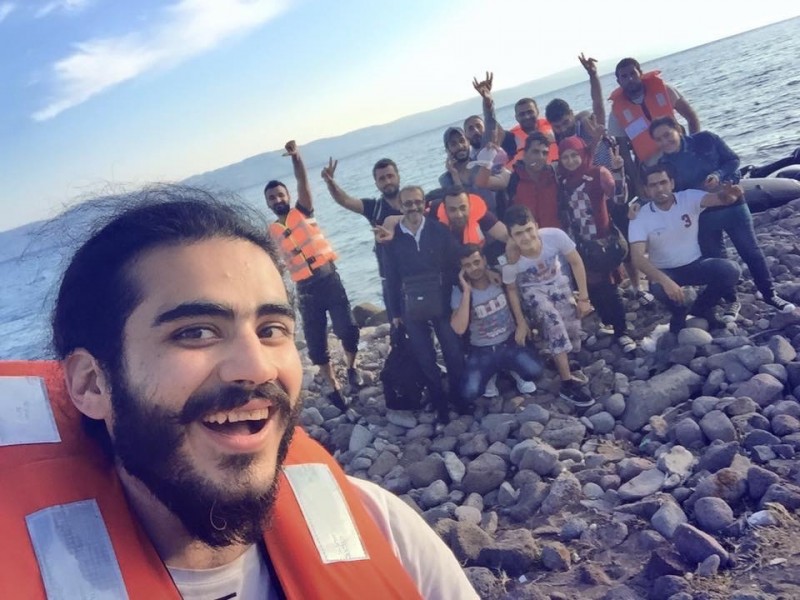 My cousin came from Syria and we carefully planned the trip for about a month. We studied the routes and made all the necessary arrangements. With a big group, we headed to Izmir, a town in Turkey that is on the Aegean Sea. From there we would board a boat, face new dangers and challenges, and hopefully start a new life. Maybe I’d be able to bring old dreams to life once again. It was difficult to leave my fiancé, but we had no other choice — I didn't want her to go through the illegal process to get to Europe. I thought that if I go first and get residence in Europe, then she could meet me after.

But after four months apart, it was taking too long. So she decided she would make the trip as well.

Yilmaz got his three-year residency visa several months ago. He now lives in Berlin, where he is studying art and photography at a local university. His wife is Zozan Khaled Musa, who writes about her journey across Europe to meet him below.

Read the next essay of the series: For One Syrian Refugee, the Boat Crossing to Greece ‘Seemed Like an Endless Journey’