For One Syrian Refugee, the Boat Crossing to Greece ‘Seemed Like an Endless Journey’ 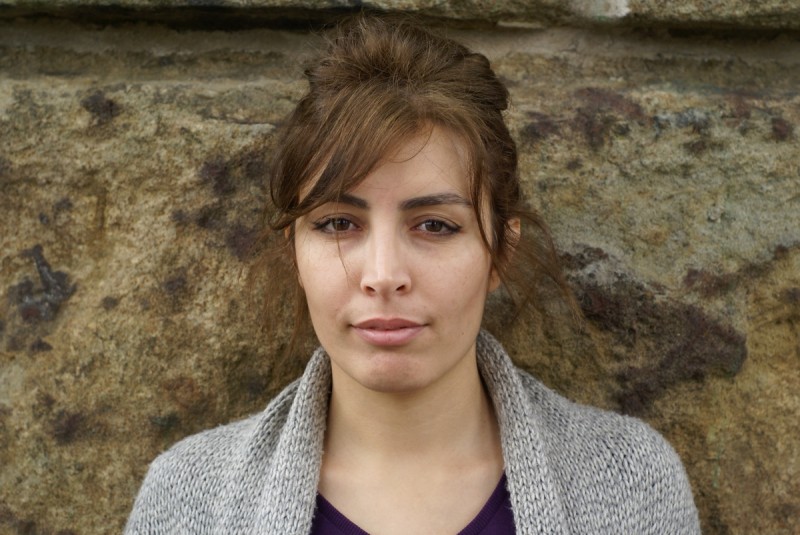 This essay by Rena Khalid Moussa, 29, was originally published on PRI.org on May 31, 2016, and is republished here with permission.

Staying in Turkey was not possible anymore. The idea of Europe controlled my mind. In Turkey, even if you have a university degree, finding a good job is like a fantasy.

I started my journey in Istanbul. The first stop was Izmir on the Aegean Sea. I called my neighbors from Syria, who I knew were living in Izmir, to ask if I could stay a few days until the smuggler called to say it was time to leave. After two days with them, the person I was relying on to arrange things with the smuggler called me to go to the meeting point. I was only a few steps out of the house when he called again to say that the trip had been canceled that night — the weather had changed. So I went back to my friends’ home.

The next day he called me again. He said we would do it today. So I packed my bag and took my life jacket, which cost a lot of money. There was traffic so I was a half-an-hour late to meet him. The smuggler was mad at me. He said that my bag was too heavy and that I couldn’t take it. I told him I have important things in my bag. I said I was a woman, and a woman needs to have many things, not like men.

“The idea of a safe trip and good weather was just a lie that we used to comfort ourselves. I knew that all of them were liars, getting rich in the trade of humans.”

We got into a taxi to go to the meeting point with the others. On the way I gave him 1,200 euros ($1,300). That was the price for crossing the sea to Greece, where I’d be able to begin making my way into Europe. Before we arrived at the coast, he got a call from the other smugglers. They told him to go back because the trip was canceled again. We had to pay for the taxi. Another 200 Turkish lira ($70). I was not really surprised. I expected anything from an illegal trip. I took my money and decided to find another smuggler to deal with. The idea of a safe trip and good weather was just a lie that we used to comfort ourselves. I knew that all of them were liars, getting rich in the trade of humans.

After two more days, I finally found a boat. I went to a small mosque and from there they took us to an abandoned house. We all gathered in one place. Then they put us all in a big truck, like a flock of sheep. We arrived at 9 p.m. to an empty place. Only the sound of water and wind could be heard. We were not allowed to talk or turn on flashlights. So we put on our life jackets in the darkness. They asked the men to help fill the inflatable boat with air. It took them about two hours. When they finished, they told us to go down to the beach in small groups without noise. After that they brought the raft to the beach and rearranged us until we could all fit inside. I don't know exactly how many people we were because it was night. But I think that with the children, we were about 60.

The men sat on the edge of the boat and women at the bottom. I was sitting next to the engine, the lowest part, nearest to the water. We thought that the trip was only one or two hours, maybe even less. But what we didn't know was that our souls were just a game for these people. We were not even in the sea. That's what I finally realized, although it was deadly dark. It was some kind of narrow river or channel. The engine was started by the driver, which is usually one of the refugees. They would drive the boat in exchange for free passage. But this time it was one of the smuggler's men. Two of them came with us until we arrived at the point where we thought the river emptied into the sea.

I took my phone and turned on the GPS. I was shocked to find out that the channel was so long. The location was still far from the sea. It took us more than two hours in that river alone. The engine got stuck many times in the weeds. It stopped each time. When we arrived at the sea, another boat was waiting to take the Turkish driver and replace him with an Algerian refugee. When the new driver took the grip, the boat sped round and round, creating waves. All the people on the raft began to panic. We shouted that we wanted to go back. But no one listened. Finally, the Algerian got control of the boat and we began to calm down. But now we were in the sea and the waves were so high that sometimes I felt like the boat was going on the top of a mountain and coming down. There was no light but the moon. The stars were shining in the sky.

“When the boat was going up and down the waves, people's voices were rising with prayers. For me it was ironic that most humans don't remember God unless they are in trouble.”

I don't know why but I was not so afraid. Before I boarded the boat I thought that the most horrible part of the journey would be the sea, especially at night. When the boat was going up and down the waves, people's voices were rising with prayers. For me it was ironic that most humans don't remember God unless they are in trouble. Prayers became as loud as the boat was high on the waves. The men said they could see the lights of the island. It is hard to stay calm when you are in a struggle with life and death. It seemed like an endless journey. After two more hours we saw the lights of a ship. It was the Greek Coast Guard. Finally, we felt safe. It didn’t come too near that it would bring us waves that might turn us upside down. Instead it went behind us, turning its lights toward the island so that we could see it. It was now near. I don’t know how but I fell asleep for a few minutes, although no man can think of sleeping.

With the help of the coast guard, after one more hour, we arrived to the island safe. After five dangerous hours, we were happy and thankful to be alive. That was all we could think of at that moment.

Rena is living now in Minden but plans to move soon to Bielefeld, a medium-sized city in northwestern Germany. Rena had her interview with immigration a couple months ago, but is still waiting to get word of her approval for a three-year residency visa.

Read the next essay of the series: ‘The Day I Became Just a Stupid Number': One Syrian Refugee's Journey to Europe