In Ukraine, the war has reshaped language to create new idioms

Language has been politicized to reflect the new reality in Ukraine 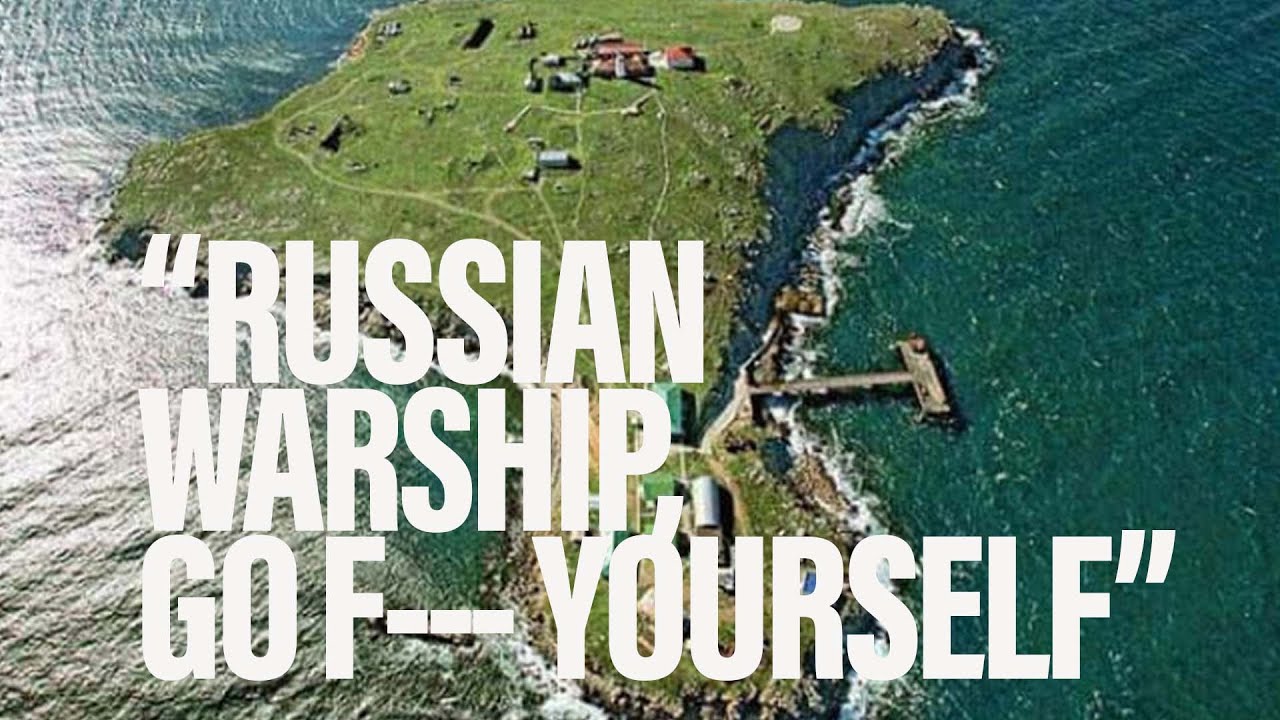 Screenshot from the video channel Military Times on YouTube

The level of rage Ukrainians feel towards Russian forces occupying their land is felt in a multitude of ways, and is playing out in citizens’ linguistic choices.

One example is the new spelling of words like “russia” or “vladimir putin”, which are not considered to be grammatically incorrect if written this way. Oleksandr Avramenko, a Ukrainian linguist, author of textbooks and developer of tests for assessing Ukrainian language knowledge does indeed suggests writing “russia” without a capital letter. The scholar even maintains an Instagram post promoting this style, in a quiz-like format.

Lesson 41. Last year I moved from Kyiv to Bucha. I have fallen in love with this city. But my love was destroyed by russia. Remember the crimes of the “fraternal people”. A spelling mistake was made in the spelling of the word: 1) Kyiv 2) russia 3) remember.

On the TV program “Snidanok. Online,” Avramenko explained why in his view, it is appropriate to write the word “russia” in all lower-case letters: “Actually, there is such a rule according to which the names of persons used disparagingly can be written with a small letter. This rule is ancient and has been used since Soviet times. For example, the words “hitlers,” “putins” can be safely written with a small letter. This meets the requirements of the current spelling.”

Obviously, writing those words without a capital letter is not codified in the current orthography of the Ukrainian language. But it is makes sense that events such as Russia's annexation of Crimea, the occupation of the Donbass region in the east of Ukraine in 2014, and Russia's second invasion in 2022 contributed to the emergence of a number of military neologisms.

Military neologisms are a tribute to the creativity of the Ukrainian language, but also to the sense of humor of the Ukrainian nation, and its ability to maintain its spirit and sense of freedom, while assessing its own situation to best describe the behavior of different people. The information agency of the Ukrainian Ministry of Defense Армія Inform (Army Inform) put together a lexicon of military neologisms being used in Ukraine. Global Voices has selected some of the new words that have emerged as a result of the 2022 Russian invasion

Кіборги – Cyborgs: A term used to describe the Ukrainian soldiers who were defending Donetsk airport in 2015 during Russia's first invasion of Ukraine. Ukrainian soldiers are called cyborgs as a mark of respect for their resistance, spirit of sacrifice, and indestructibility.

Тікток-війська – TikTok army: Military forces under the orders of Chechen leader Ramzan Kadyrov that would post on TikTok numerous “victorious” videos and photos from Ukraine, but who were afraid to fight in the field.

Кадирити – to Kadyrovize: To engage in wishful thinking, see the entry above.

Рашизм – Rashizm: Rashizm comes from the English pronunciation of Russia when used in both Russian and Ukrainian. It stands for the ideology of Russia's aggressive chauvinism aimed at eradicating Ukrainian statehood and the Ukrainian nation. This word is widely used in media and in daily life — not just in Ukraine but also in Europe and the US.

Байрактар – Bayraktar: the name of the Turkish drone that Ankara sold to Kyiv. It was also widely celebrated in a popular Ukrainian song.

Забайрактарити – to bayraktar something: To destroy the military equipment of the enemy through drones.

Путлєрнет – Putlernet: A porte-manteau word joining three words: Putin+Hitler+internet to describe the sovereign internet Russia is attempting to implement as an alternative to the global internet, and in general the Russian segment of the internet.

Затридні – Inthreedays (in one word): In reference to Moscow's statements that it “would take Kyiv in three days” at the very beginning of its invasion in February 2022. Now it is used to describe unrealistic plans, or ideas that might some people might strongly believe in, while others believe those plans will come to nothing. 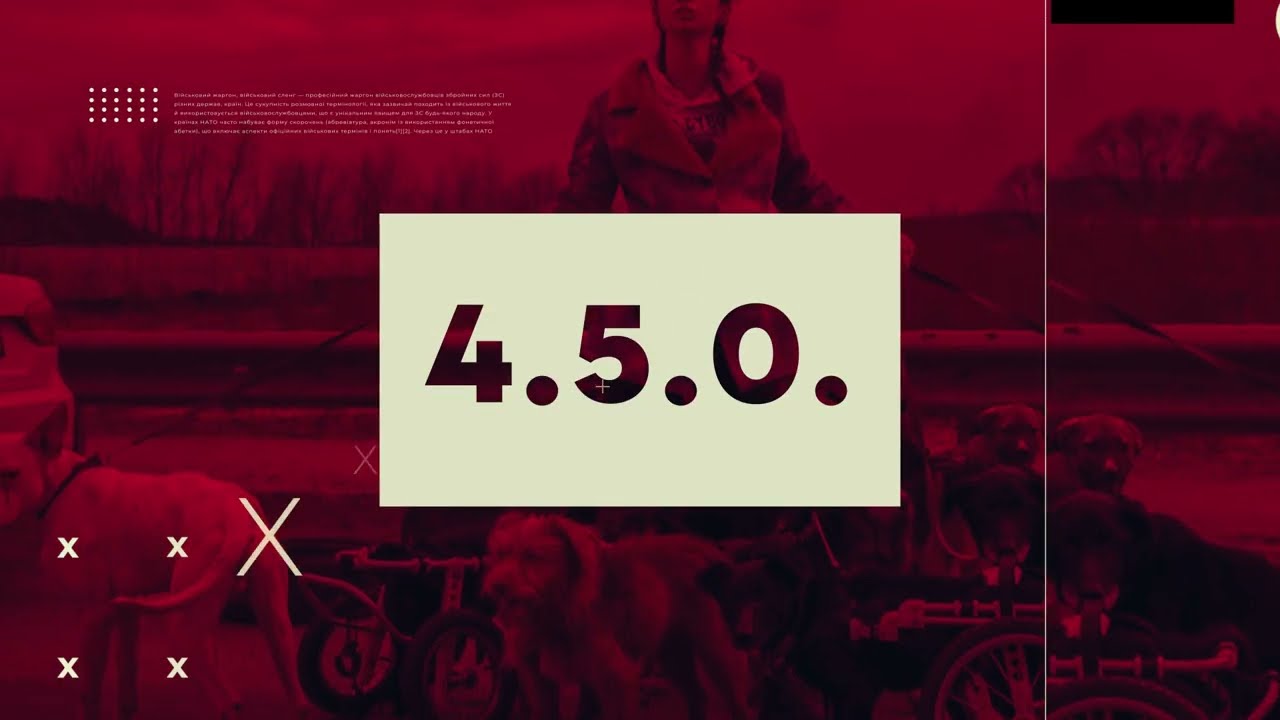 4.5.0 – There is no military activity and no danger: When a Ukrainian soldier hears 4.5.0 on their radio, they know that everything is calm in their sector. Numbers 4.5.0. mean that everything is fine, like studying at school and getting the best marks of four or five, accoridng to the Soviet-inherited system of school marking.

Кімити – to Kimize: To maintain a high level of optimism, regardless of the situation. It refers to the optimism displayed by Mikolaiv region governor Vitalii Kim, who is of mixed Korean-Ukrainian heritage.

Шойгувати – to Shoigunize: or pretend everything is fine, in reference to Russia's Defence Minister Sergei Shoigu, who repeatedly made claims about Russian victories in the war.

Завести трактор – Start the tractor: Start the tractor means to use unusual methods or tools to fight against Russia's invasion. It refers to people in Ukraine using tractors to drag abandoned Russian tanks, an image that became a symbol of Ukrainian resistance and ingenuity. 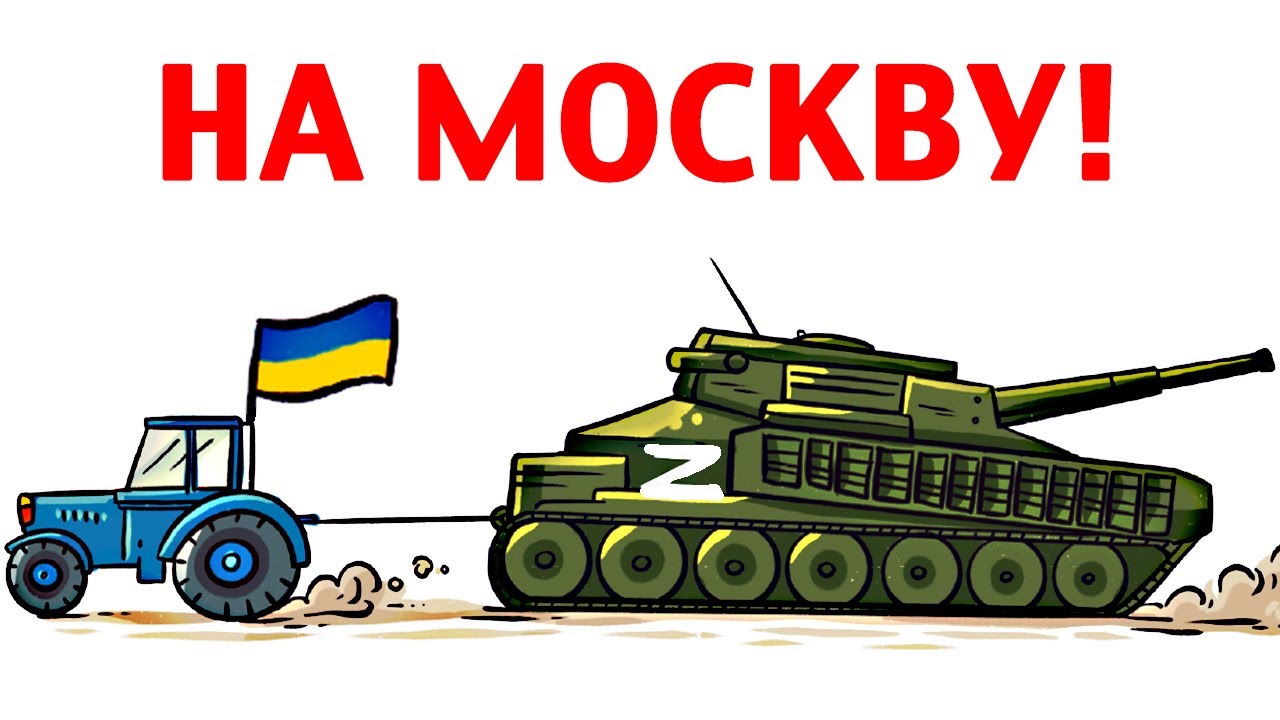 Inscription: To Moscow! Screenshot from the video channel Alex_D20 on YouTube

Мордор – Mordor: The invented land located in JRR Tolkien's Middle-earth in his fantasy novel “The Lord of the Rings,” and run by the Dark Lord Sauron, refers to Russia. In popular post-Soviet culture, including in Ukraine, Mordor is associated with the USSR and its successor, Russia. According to a common interpretation of Tolkien's trilogy, Mordor refers to the Soviet Union, though the author denied it.

Дискотека — Discotheque: This is used ironically to refer to intensive military operations.

Чисте небо — Clear sky: This refers to the end of an air raid alarm.

Макронити — to Macronize: To pretend to be very preoccupied about a particular situation and publicly display signs of concern, and yet do nothing about said situation. This is in reference to French President Emmanuel Macron and his statements about the situation in Ukraine.

Валять Шольца – to play Scholz: This refers to the German chancellor Olaf Scholz, and is used to describe a person who constantly promises to deliver but fails to do so, given that Scholz promised to provide Ukraine with German weapons but has dragged his feet in delivering them.