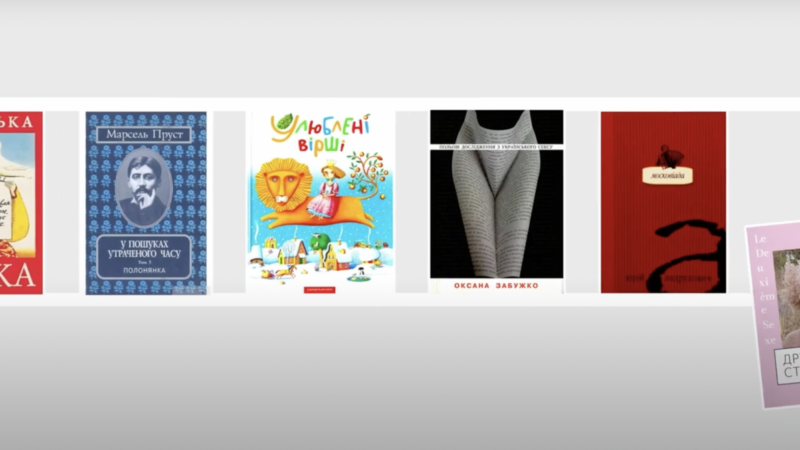 Ukrainian is a Slavic language written in the Cyrillic script and spoken by around 40 million people. Ukrainian speakers live mostly in Ukraine, but given the large and historical migration dating back to the 19th century, Soviet deportations, and the massive displacement of people following Russia’s invasion of Ukraine. Ukrainian can be heard and seen in Central and Eastern Europe, North and South America, Australia, Russia, and many other places.

There are between 12 to 15 different Slavic languages traditionally grouped into three linguistic branches: the southern, the western, and the eastern, which is what Ukrainian falls into, along with Belarussian and Russian. Those three predominantly use the Cyrillic alphabet and allow for some degree of mutual understanding, yet function as three separate languages. However, Moscow’s colonial view has often been that Belarussian and Ukrainian are “dialects” of Russian, and it has at times banned the use of Ukrainian in Ukrainian territories. The irony is that Kievan Rus, the civilization that combined Byzantine and early Slavic elements from the 9th to the 13th centuries, had its origins in today’s Kyiv, and then spread to what is today the European part of Russia.

For a more detailed history of Ukrainian, here is a YouTube video in English by Volodymyr Tyravsky, Global Voices Ukrainian translation manager.

During the Soviet period, the Soviet Socialist Republic of Ukraine established Ukrainian as one of its official languages and allowed for some media content, school education, and literature in Ukrainian, yet Russian was overall privileged as the gateway language to better job prospects and social status, as was the case in all non-Russian Soviet Republics.

As the Soviet Union neared its dissolution, Ukrainian was declared the official language of the Ukrainian SSR in 1989. Shortly after that, in 1991, Ukraine gained independence. In Ukraine, November 9 is the Day of Ukrainian Writing and Language since its proclamation in 1997, in reference to Nestor the Chronicler.

The modern Ukrainian language appears in print in the late 18th century, and has since produced rich literature that is finally getting the attention it deserves outside of Ukraine, thanks to a renewed interest from global publishers. The Ukrainian language has also gained wider visibility through music, including via global events such as the Eurovision, where Ukraine won twice.

Here is a selection of Global Voices’ reporting on the Ukrainian language and its presence in literature, music, and humor. Global Voices also translates its stories into Ukrainian. 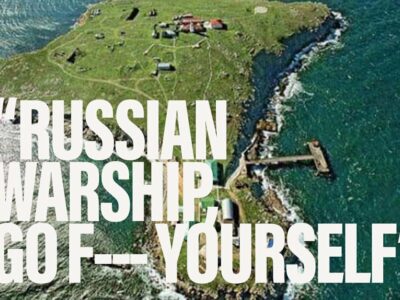 In Ukraine, the war has reshaped language to create new idioms

Ukrainians' rage toward Russian forces occupying their land is playing out in a multitude of ways, including citizens' linguistic choices

Read excerpts from our Twitter space on the Ukrainian language, the best tools for learning Ukrainian, parallels between Ukrainian refugees and other displaced peoples, and more. Find the full audio here.

"For me, languages are an important way of making sense of the world and creating connections."

Ukrainian feminitives appeared in dictionaries about two centuries ago, acknowledging the growing social equality of women. Today they have been sanctioned by Ukrainian authorities and are widely used. 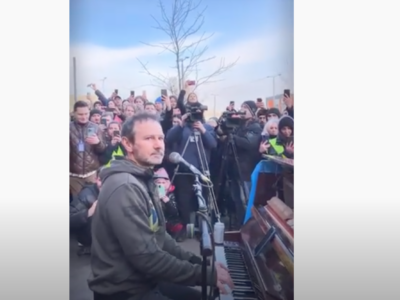 Singer Svyatoslav Vakarchuk from the Ukrainian cult band Okean Elzy spoke to Global Voices about Russian celebrities, his urge to perform during the crisis and why writing music is impossible. 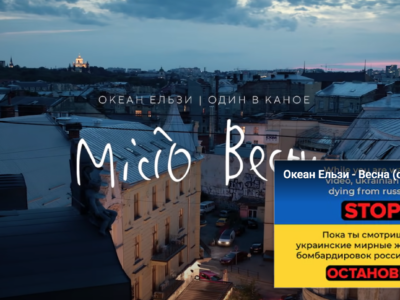 Music in times of war: Song as a form of Ukrainian resistance

In Russia's invasion of Ukraine, culture and identity are at the center of the conflict. In this context, Ukrainian band "Okean Elzy" has stepped up to inspire the Ukrainian resistance. 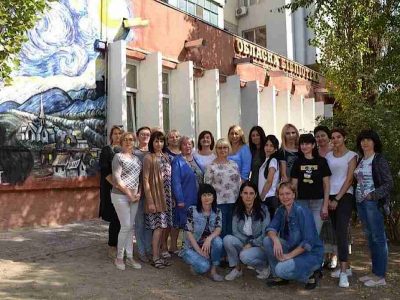 Ukrainian library reinvents itself for a New Age

A youth library in Kherson shows the way to thriving in uncertain times as an educational and literary hub for the local community and wider region. 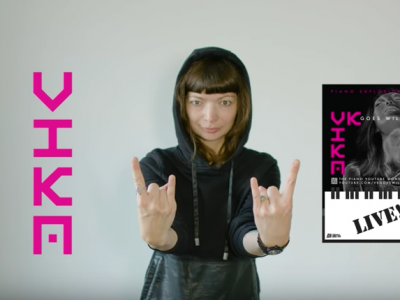 Despite winning numerous awards at international classical piano competitions and training with some of the biggest names in classical music, Viktoriya Yermolyeva decided to tackle another kind of music: rock. 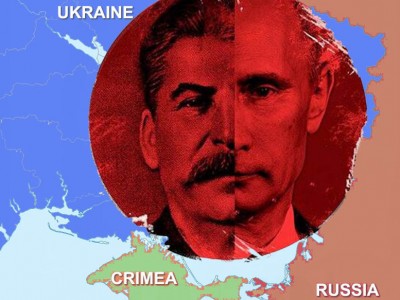 Ukraine’s entry for the Eurovision 2016 music contest is a song about the deportation of the Crimean Tatars by the Stalin regime. So why are Russian officials upset?