Films on human rights abuses and courageous opposition in Myanmar 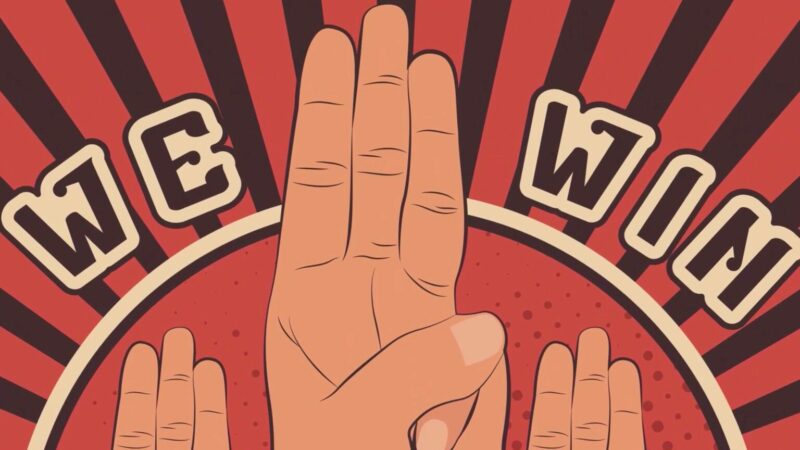 This movie playlist is from Cinemata, a platform for social and environmental films about the Asia-Pacific. It is a project of EngageMedia, a nonprofit that promotes digital rights, open and secure technology, and social issue documentary. This is edited and republished as part of a content-sharing agreement with Global Voices.

February 2022 marks one year since the military junta seized control of the Myanmar government and derailed the country’s journey towards democracy. A year on, blatant human rights abuses continue to burden the people. Amid escalating threats to their digital rights, the people of Myanmar need support in sounding the alarm over the worsening human rights situation in the country.

EngageMedia has curated a playlist of films that shows the extent of rights abuses in the country, as well as courageous forms of resistance against the continuing infringement on people’s rights. Marking the one-year anniversary of the coup, “A Year of Resistance” turns the spotlight on the long-standing struggle of the people of Myanmar for democracy.

This film collection is curated in solidarity with the people of Myanmar. In bringing the stories of unrest and atrocities to light, these films hope to inspire action and advocacy towards justice and freedom.

After the Myanmar military coup in February 2021, Moe Thandar Aung, a graphic designer whose work touched on themes on feminism, began making protest art in support of calls to defend and uphold democracy in the country.

Today, activists from the growing civil disobedience movement in Myanmar are printing her works en masse, and even more are publicly sharing and reposting her work.

This video is by Myanmar-based filmmaker Stephen Minus (also known as Thet Oo Maung). He was recently interviewed on an episode of Pretty Good Podcast about his experience documenting the Myanmar protests after the coup.

In the aftermath of the 2021 Myanmar coup, the country is faced with state-mandated internet and information blackouts. Hnin, a single mother, and Mon, her daughter and an anti-coup protester, are among those who can no longer access the internet at home. In their pursuit of news on what is happening on the ground, they find only fabricated stories and unreliable information.

“Myanmar activists denounce selling of their data to military”

Telenor — Myanmar's second-largest telecoms business — departs the country, selling 100 percent of the company to a Lebanese investment group. This move made activists concerned that their data could end up in the hands of the military as a result of the sale. Thus, they created an online petition and have organized cyber protests to stop this so-called “betrayal.”

During the six months of the junta coup, at least 950 civilians have been violently killed. A total of 90 children under the age of 18 have been murdered, while at least 48 children were arrested.

An independent female humanitarian activist from Shan State describes the trauma she experiences in working in an environment pervaded by despair but also her commitment to helping those forced to flee armed conflict. This film was directed by Sai Naw Kham, Mon Mon Thet Khin, and Soe Yu Maw.

In this video, Myanmar activists talk about the digital rights and digital security challenges they face, arguing that freedom of expression, freedom to organize, and freedom to associate should be kept, protected elements of digital rights.

This song was made by 24 Youth from six different corners from Myanmar that participated in Turning Tables Myanmar’s yearlong social cohesion project “The Voice of the Youth.” Together they produced and recorded the song “Wake Up” which calls for democracy, youth participation, and sustainable development to replace corruption and injustice.

Striving for Democracy: Burma's Road to Freedom shows two Burmese monks journey to Jakarta, Indonesia, a few weeks after Cyclone Nargis, at the time the worst natural disaster recorded in Myanmar. During their travels, they shared stories from Myanmar and its people, finding many Indonesian supporters along the way.

This 2009 film shows powerful footage from the Saffron Revolution, a series of economic and political protests led by students and Buddhist monks that swept Myanmar from August to September 2007. It also highlights the continuing need for international solidarity amongst Southeast Asians in times of political upheavals as in the current situation in Myanmar.