Stray animals were rounded up after the pit bull attack. 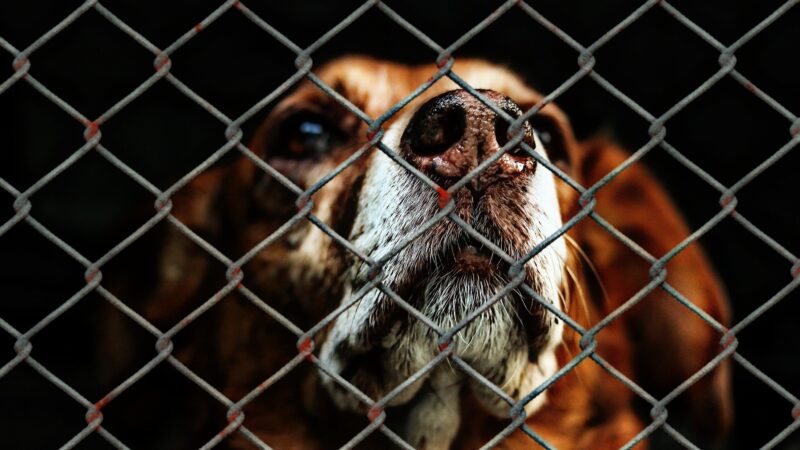 Picture from Pixabay. A stray dog behind fences.

The story of a 4-year-old girl who was attacked by two off-leash pit bulls in Turkey’s Gaziantep province on December 22 shocked many in the country, prompting calls for the owner of the two dogs to carry the harshest of punishments. But citizens were even more surprised when President Recep Tayyip Erdoğan weighed in on the issue a few days later, further stirring the controversy. Speaking on December 25 in Ankara, the president called on all city municipalities across the country to round up stray dogs and send them to shelters. The president also demanded that pet owners whom he called “white Turks” — a term used to identify individuals who are secular, Western, and mostly leftist — mind their pets.

Many pet owners took their frustrations to social media platforms, berating the president for his words.

Will this sweet white rabbit make me a White Turks?

Just because they live on the streets, you cannot sentence the animals to death.

We are a family who has lived with a dog for about a year now. Would you believe it if I told you I suspected that next line is going to be us. The kid in the picture is named Sugar. 1.5 years old. He is not aware that he has made us White Turks. And we hope that some day we will be able to forget this nightmare.

Writing for The Independent, journalist Borzou Daragahi wrote, “after framing dog ownership as a signifier of cultural identity, Mr. Erdoğan has now avowedly embraced an anti-canine platform, and pro-government media outlets have followed his lead, calling for the clearing out of strays.” After Erdoğan spoke in Ankara, many municipalities started collecting stray dogs from the streets.

The public outcry was swift, especially because the pit bulls who brutally attacked the girl had an owner and were not strays. Only a handful of shelters in Turkey provide adequate services to stray dogs.

“Although Erdoğan deemed shelters’ clean and safe environments,’ this is almost never the case. Pictures and videos frequently shared by animal rights activists reveal the abhorrent conditions animals are forced to live in. In many cases, animals die of hunger and diseases in tiny and filthy cages, while at other times municipality employees kill them as soon as they collect them from the streets,” reported Gazete Duvar.

In an interview with The Independent, Mine Vural, an animal rights activist and veterinary technician in Istanbul, said, “in general in Turkey, shelters are trauma and death camps for animals.”

With Erdogan's order, dogs are being collected. It is unknown where they are taking them, in what conditions they are going to live. There is no infrastructure to care for some 7 million strays, what they are calling shelters, is imaginary. These are the people who came to collect strays this morning who were sleeping at the parl. We must rise.

Turkey adopted its first animal-protection bill in 2004. At the time, it legitimized the catch, neuter, vaccinate, return (CNVR) method. The bill banned the killing of free-range dogs unless “in cases specified in Animal Health and Inspection Act 3285.” Euthanasia was forbidden unless dogs suffered from “incurable diseases and conditions such as terminal illness.”

Local municipalities were tasked with caring for street dogs taking them to community-managed shelters where dogs were neutered, vaccinated, rehabilitated, and implanted with a digital chip on their ears, giving them an identification number for tracking.

In 2012, the ruling Justice and Development Party proposed legislation “to remove stray animals from the streets and place them in sanctuaries outside towns and cities.” The bill was tabled after mass protests. For many, the proposed legal document was reminiscent of 1910 policies when  Sultan Mehmed V sent thousands of stray dogs from Istanbul to a nearby island to starve to death in an effort to “westernize” the city just before the fall of the Ottoman Empire.

In 2018, after securing a victory in the presidential election, Erdoğan vowed to bolster animal protection laws. Finally, in 2021, the Turkish parliament approved a new bill on animal rights. The law banned the sale of all cats and dogs at pet shops, classifying them as “living beings” rather than commodities, and made animal abuse punishable by up to four years in prison. Under the new act, pit bull terriers, Tosas, and other dog breeds considered dangerous were banned from being bred and sold. Those found guilty of violating the act would be subject to fines. The act also required pet owners to register their pets with digital IDs. On December 7, 2021, the animal protection bill was amended, requiring owners of breeds classified as “dangerous” to sterilize and register them with authorities before January 14, 2022, reported Daily Sabah.

Meanwhile, the campaign calling to protect the street animals — #SokakHayvanlarıSahipsizDeğil (#StreetAnimalsAreNotUnclaimed) — continues to gain support. It’s normal in Turkey to see people caring for street animals by feeding them and building them homes on the streets. Some of these street animals have their own statues, while others have turned into popular mascots for local municipalities. And there are at least two documentary films, “Kedi” and “Stray,” portraying the lives of street animals in the country.