Is your favorite movie promoting toxic masculinity? Mango Meter can tell you

As the Mango Meter team notes, the “seventh art” is one of “the most effective media to spread norms and values in society,” and movies “largely reinforce gender and racial stereotyping, sexually objectify women, and normalize gender-based violence, as the film industry insists it is only meeting market demands.” 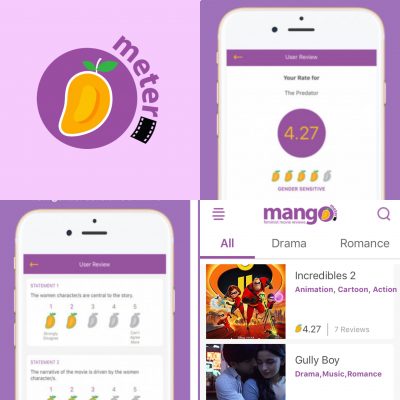 These effects became especially visible in 2018, when the series of sexual abuse allegations against film producer Harvey Weinstein triggered #MeToo and Time’s Up, a movement started by writers, producers, and actresses in response to Hollywood’s toxic culture of sexual abuse, institutionalized stereotyping and discrimination.

Inspired by the well-known movie rating site, Rotten Tomatoes, the team named the app Mango Meter as a tribute to one of Asia’s favorite fruit. According to the app creators, a feminist movie embodies inclusion and diversity, has strong female characters who are not merely bound by societal norms like marriage and motherhood, and portrays healthy relationships. The app's rating system scores a movie on a scale 1 to 5, with one mango indicating that the movie is at the sexist end of the spectrum, and five mangoes meaning that it fully respects feminist norms.

The mobile application is the brainchild of a group of a group of feminist journalists, activists and academics from six Asian countries, including Magdalene’s Editor-in-Chief, Devi Asmarani.

We spent a lot of times debating the best statements to apply to the rating system, before we all agreed on the set of 11 statements that represent a host of concerns, from representation of women, agency, the concept of beauty, sexuality, relationship and proportional representation of marginalized communities. 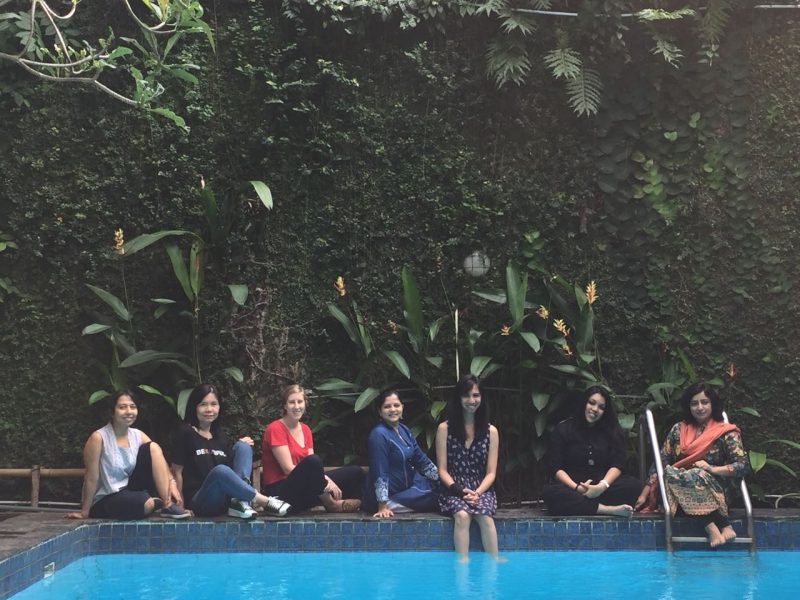 The creators of the Mango Meter app. Photo courtesy of Magdalene and used with permission.

Responding to the question of why the people should use the app, the creators said:

Let the film industry know that we do not buy tickets to their movies for misogynist, gender and diversity-insensitive content. One opinion at a time would validate someone else who is thinking just like you. We have every right to enjoy entertainment that does not demean us, and we certainly have a right to voice our views and opinions.

Development of the Mango Meter app was supported by the Friedrich-Ebert-Stiftung (FES) Office for Regional Cooperation in Asia. It is available on iOS and Android.