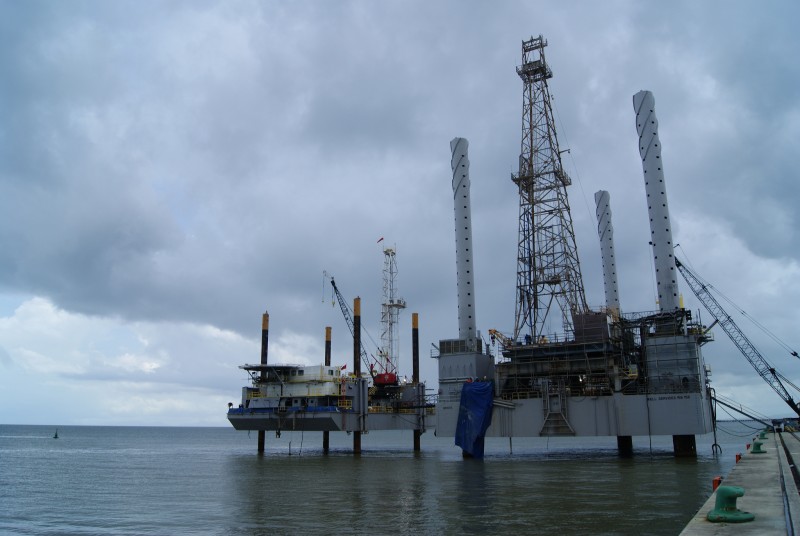 Last night, at 9 p.m. Trinidad and Tobago time, the country's Prime Minister Dr. Keith Rowley gave a televised address to the nation about the precarious state of the economy. Against the backdrop of plummeting oil prices and overspending by the previous government, the current administration has had to implement some tough measures in order to get the country back in a stronger economic position.

With just US $10 billion in foreign exchange reserves and $2 billion of it already used this year, citizens will now be faced with the reinstatement of the property tax and the adjustment of value added tax, aimed at “cushion[ing] the effects of any increases in prices of basic food items.” The prime minister noted that “imported salt and fat dietary items, their local counterparts and luxuries will all be subjected to the full tax regime.”

Rowley said that the country's crude oil exports have fallen by as much as 70% and natural gas exports by 45%. “If that were not serious enough, our levels of production of both crude oil and natural gas have been falling”:

Without such increases [in production of oil and gas] it means that in order to sustain where we are now we will have to borrow substantially for the next five years. Added to the last five years this would mean ten years of heavy deficit spending and explosive growth in the national debt burden.

Despite the fact that Trinidad and Tobago faced similar economic conditions in the 1980s, and despite talk from several administrations about the need to diversify away from the energy sector, the bulk of the country's GDP remains reliant on oil and natural gas revenues. To this, Dr. Rowley said:

Fellow citizens, there is simply no way that other sectors of the economy can realistically be expected to compensate for the loss of export earnings from oil and gas; not in the short run (1-2 years) and not even in the medium run (3-5 years). In the long run, yes we do need to work towards building an economy with many different contributing sectors so that it becomes less vulnerable to these types of shocks. But the fact is, today, we are where we are!

But not everyone is willing to accept this reality — Watson Duke, the president of the Public Services Association, is a good example. Alluding to outstanding back pay that is owed to many union members, Duke says that he is “not concerned about the state of the economy or falling oil prices” once the people he represents are paid their due. But the prime minister has said that “success will require sacrifice and adjustment on the part of all sections of the national community” and that “the adjustment in spending that is required can be nullified by increases in wages and in profits”. Rowley explained in his address:

The Government will initiate Tripartite discussions with the Labour Movement and the business community with the objectives of maintaining employment as far as possible, moderating demands for wage increases, and discouraging excessive profits. We will also be encouraging investment in foreign exchange earning activities during the adjustment period. As a country, we need to approach this situation with a high level of maturity, openness and willingness to compromise in the best interests of the nation as a whole. I take this opportunity to appeal to the business community and to the trade union movement to approach those discussions with the national interest uppermost. These tripartite discussions will commence early in the New Year.

Public reaction to the address was almost immediate — on the Trinidad Guardian's Facebook page, comments reflected both ends of the spectrum, with some netizens supporting the prime minister and saying it was an “excellent address”, and others taking jabs at the approach. One Facebook user, Shabania Latchman, said:

He forget to say cut on his salary

She was immediately upbraided by Anessa Simone Hamilton, who pointed out:

Umm 5% of his and all his ministers would be contributed to Charity… He said so… To cut their salaries would have to be done through Parliament..

Another interesting revelation is that the country's construction sector will enjoy some measure of protection, with a move to push private capital into the housing market. The buoyancy of the construction sector is critical to overall economic health, as the industry employs people across every income bracket.

While netizens were anticipating a devaluation of the Trinidad and Tobago dollar, which currently stands at an average of 6.4 to the US dollar, Dr. Rowley completed his address without any mention of devaluation, which was a relief to many, despite the use of the clever hashtag #DeNationInAState.

One Facebook user, Keith Francis, summed up the situation this way:

The government spent the last four months doing diagnosis and triage. Tonight, the wound was bandaged and antibiotics applied. Between now and April, the Ministry of Finance and Central Bank will monitor, and will do surgery if necessary. But between now and 2017, the economy will be laid up and under observation.