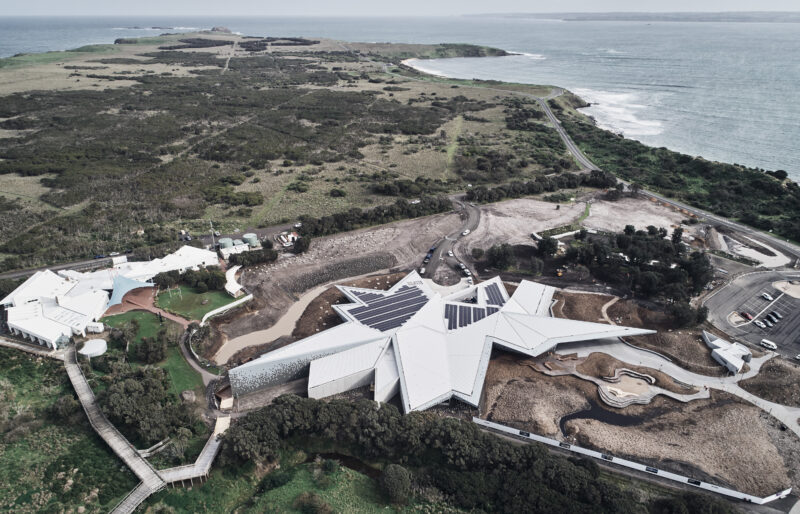 Ecotourism down under faces tensions and contradictions similar to many other destinations worldwide. Tourism is a major industry in Australia, with iconic attractions such as the Great Barrier Reef, Uluru, and the red centre, plus its unique flora and wildlife.

Before the pandemic, tourism accounted for 3.1 percent of the Gross Domestic Product in 2018–2019 and 3.3 percent of overall employment.

The following is just a small selection of tourism-related threats to Australia's environment.

Located in central Australia, the Larapinta trail runs along Tjoritja (the West MacDonnell National Park) west of Alice Springs. It is very popular with walkers, with many choosing commercial trips that use so-called eco campsites.

Recent environmental concerns have stemmed from telltale traces of human waste and trash.

Love this beautiful trail, was saddened to see so much evidence of others left behind #leavenotrace #Larapinta Trail flush with human waste, toilet paper as trail popularity hits new peakshttps://t.co/bbG2o2VbrZ pic.twitter.com/mA8ptjmsrt

There are similar concerns about hut-to-hut style walks in other parts of the country.

One controversial development is a proposed eco-resort near Victoria’s Great Ocean Road, home to the very popular Twelve Apostles. The Save Princetown Wetlands community group continues to campaign on Facebook.

Accommodation and other infrastructure pose real pressures in national parks. The Guardian’s Eden Gillespie canvassed some of these sites recently and detailed their environmental threats in a recent report. According to Griffith University academic Ralf Buckley:

The general public is not in favour of these kinds of developments but developers don’t care … They are looking at single visits by wealthy urbanites.

The Kosciuszko National Park is a recent example of a community divided over environmental and development issues.

Another proposal is at Lake Malbena on Halls Island within the Tasmanian Wilderness World Heritage Area.

Silence like nowhere else. The highest rated world heritage area on earth. If a place like this gets turned into a helicopter retreat for the rich, nowhere is protected. Greed will win. That’s worth fighting against. Thanks for your support.#keeptassiewild #auspol pic.twitter.com/aJHxMKNv0g

Submissions regarding the proposal closed on October 19, 2022. It still awaits Federal government approval.

A year after the devastating bushfires of 2019–2020, academic Freya Higgins-Desbiolles explored the impact of tourism on some of Oz’s special islands. It included Kangaroo Island with its fragile Flinders Chase National Park.

The most ironic threat is from unsustainable tourism. These islands attract millions of visitors a year keen to experience their natural wonders. Yet often this very “ecotourism” is contributing to their degradation.

ABC’s Background Briefing journalist Mayeta Clark had an in-depth story in July 2022 about the impact of tourism in national parks. Of particular concern were the three Capes Track in Tasmania and the Light to Light multi-day walk at Beowa National Park (formerly Ben Boyd NP) on the New South Wales coast. As one local put it: “It's a national park. It's not a hotel…”

Uluru is one of the continent’s most recognisable natural wonders, affectionally known by many as “the rock” after its colonial name, Ayers Rock. It was the centre of controversy when traditional owners, the Anungu people, closed the climb to the peak to the public because of its cultural importance and ongoing environmental damage.

It took less than three weeks to remove the chain used for the Uluru climb, however it may take “hundreds, maybe thousands” of years for the surface to return to its natural red hue. https://t.co/ZvHZl1ZERi pic.twitter.com/WD3356a9qY

However, there were calls during the pandemic by a business lobby group to reopen the climb to boost tourism.

One of the conservation success stories involves Phillip Island’s much-loved Little Penguins. A buyback scheme at the Summerlands residential area near the breeding colony began in 1985, with nearly 800 hundred properties purchased. There are now 40,000 breeding penguins at the island. A new state-of-the-art visitor centre was opened in 2019. During COVID19 lockdowns, it livestreamed the evening penguin parades.

Budj Bim Cultural Landscape’s emerging tourism venture promotes itself as “a special place that offers unique and authentic visitor experiences of a living Indigenous culture, a history and a landscape which does not exist anywhere else.” Its ancient aquaculture system has trapped, stored and harvested eels by Gunditjmara people for thousands of years by using local volcanic rock to build channels and dams. The Budj Bim was World Heritage listed by UNESCO in 2019 for its outstanding universal value.

The committee recognised the area as having:

Exceptional testimony to the cultural traditions, knowledge, practices and ingenuity of the Gunditjmara [and] an outstanding representative example of human interaction with the environment.

Visitors can take small group tours with local Indigenous guides at the Kurtonitj Indigenous Protected Area, which has well-formed pathways and boardwalks. The 2022–2030 Master Plan recognises possible damage and pollution risks in the more sensitive day-use areas and will restrict access to “guiding experiences.” Tourists already have open access to areas such as Lake Condah and Lake Surprise. Current features include camping, walks and other recreational activities. Community, school group and luxury accommodations are being investigated.

Today is World Environment Day and this year's theme is Only One Earth. With the new infrastructure at key sites, we'll be using raised walkways to take people out on Gunditjmara Country, ensuring sustainable visitor access to the Budj Bim Cultural landscape at all times. pic.twitter.com/XbERX1NYJn

A final thought from Penny who lives on Kaurna country, traditional Indigenous lands near Kangaroo Island: