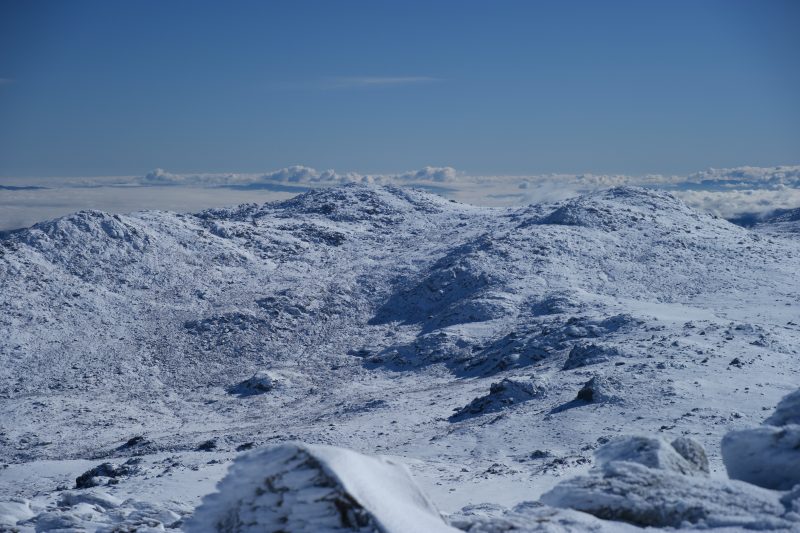 Kosciuszko National Park, one of Australia’s iconic natural attractions, is facing threats from numerous government draft plans. Kosciuszko became a state park in 1944 and has been a national park since 1967, though it is now facing increasing pressures from government proposals — one concerned with economic development and the other about wild horse control.

Opponents argue that these plans could lead to overdevelopment, negatively impacting the park's fragile ecosystems. There is also controversy over how the government should handle the park's wild horses. Some argue that the horse population is ballooning, with wild horses destroying habitats such as waterways and wetlands and threatening native wildlife. Others claim the government statistics are inflated and argue that brumbies (wild horses) have a cultural significance for many Australians and should be protected.

The park is famous for its ski fields and hiking trails which can primarily be accessed through the town of Jindabyne. Mt Kosciuszko is the country’s highest mountain at 2,228 metres (7,310 feet) and is part of the Snowy Mountains region.

The park is primarily the responsibility of the New South Wales (NSW) state government through the Department of Planning, Industry and Environment, though the Federal government also provides some support.

According to a Department of Planning, Industry and Environment discussion paper, The Snowy Mountains Special Activation Precinct Draft Master Plan ‘aspires to create a year-round tourism destination for the Snowy Mountains which will provide more stable local employment and economic prosperity.’ In addition to new tourism opportunities, the 40-year strategic plan aims to ‘facilitate more accommodation and housing options, and improved community facilities.’

There has been considerable opposition to the plan from environmental and activist groups.

The National Parks Association of NSW and the Nature Conservation Council have launched a campaign criticising the government's plan to ‘increase the cap on resort beds by more than 40 percent (up from 10,915 to 15,360), build new and expanded carparks, allow helicopter flights onto the ski fields, and open walking tracks to four-wheel-drive vehicles.’ NSW National Parks Association Executive Officer Gary Dunnett said:

These reckless proposals overturn more than 40 years of careful planning and management of the park.

These plans treat the park as a commodity and get the balance between nature protection and recreation completely wrong.

…commercial interests will be dictating developments within the park with scant attention to nature conservation, landscape, and heritage values for which the park was dedicated.

Deirdre Slattery, coauthor of the book ‘Kosciuszko: A Great National Park’, shared her longstanding knowledge of the park and the pressures it faces:

It’s about imposing the culture of money on the carefully developed culture of nature conservation for the public good: a culture for which the great Kosciuszko National Park was once a world leader.

Her co-author Graeme Worboys introduced their book in a 2020 video, which presents both its major assets and its troubled history:

Tim Pallin, Managing Director of travel and outdoor retailer Paddy Pallin, posted his objections to the plan on their website:

It also takes direct control of the KNP Plan of Management away from the NSW Environment Minister and gives it to the Deputy Premier.

National Parks are there to preserve wilderness for all Australians to enjoy, but this plan will damage the delicate alpine environment by encouraging development where there should not be any.

His comment reflects ongoing tensions between the Ministers overseeing the park, especially over environmental issues such as the climate crisis.

Submissions about the draft paper closed on August 23.

The second planning controversy concerns the future of wild horses in the park. Government officials estimate there are currently around 14,000 horses in the park — up from 3,000 in 2002. The Facebook group ‘Snowy Mountain Brumby Sustainability & Management Group Inc’ claims that those estimates are far too high.

A Wild horse heritage management plan was due in the first half of 2021 but has yet to be released.

The Invasive Species Council is currently taking legal action to gain access to the draft plan and other key documents. It is part of the Reclaim Kosci campaign to reduce the number of feral horses in the park:

We urging the NSW government to release its long-overdue draft feral horse planhttps://t.co/Yob9QyNosV

The presence of brumbies (wild horses) in the park has been an ongoing issue for a long time, with divisions within the community and between politicians. Culling, which would involve shooting significant numbers of horses, has been one contentious suggestion.

Brumbies have long been a part of Australia’s cultural identity. Many high country people regard them as a vital part of the local identity. Banjo Paterson’s 19th-century poem ‘The Man from Snowy River‘ has embodied the bush mythology surrounding wild horses in the mountains and high plains of the southeast.

The Guardian's Calla Wahlquist reported in 2018:

The NSW government has been fighting an internal battle about the brumbies for five years. In 2018 it passed legislation, driven by the Nationals leader, John Barilaro, to ‘recognise brumbies as a heritage species’, and developed a policy of trapping and rehoming as its preferred method — a method that ecologists and the pro-brumby lobby say cannot remove more than a few hundred horses a year.

Ministers Barilaro and Kean have taken very different positions over The 2018 Kosciuszko Wild Horse Heritage Act. Broadcaster Wendy Harmer has criticised the deputy premier for his role in both issues:

“Development of the park will be coordinated by Deputy Premier John Barilaro’s Department of Regional NSW. “

Hair raising, since his opposition to culling feral horses has resulted in 1000s trampling the fragile, wild places. #SaveKosciuszko https://t.co/NOzZ1XZ0vD

For some, they are an Australian icon in need of protection; for others, a feral animal destroying a unique ecosystem.

…Pressure is mounting on the NSW government, including from federal Environment Minister Sussan Ley.

Ms Ley has threatened to intervene, using her powers under the Environmental Protection and Biodiversity Act, if no action is taken.

Landline caused a stir on pro-brumby Facebook groups. In ‘Don't blame it on The Brumbies’, many blamed the media for inflammatory messages:

Well ABC’s program on our brumbies was definitely biased and skewed towards science . Still spouting 14,000 horses, no mention of the fires wiping out so many. Bitterly disappointed in the way ABC skewed this program.

The controversies about the future of the park will undoubtedly continue well into the future.