Stunning images and video of bushfires from on the ground 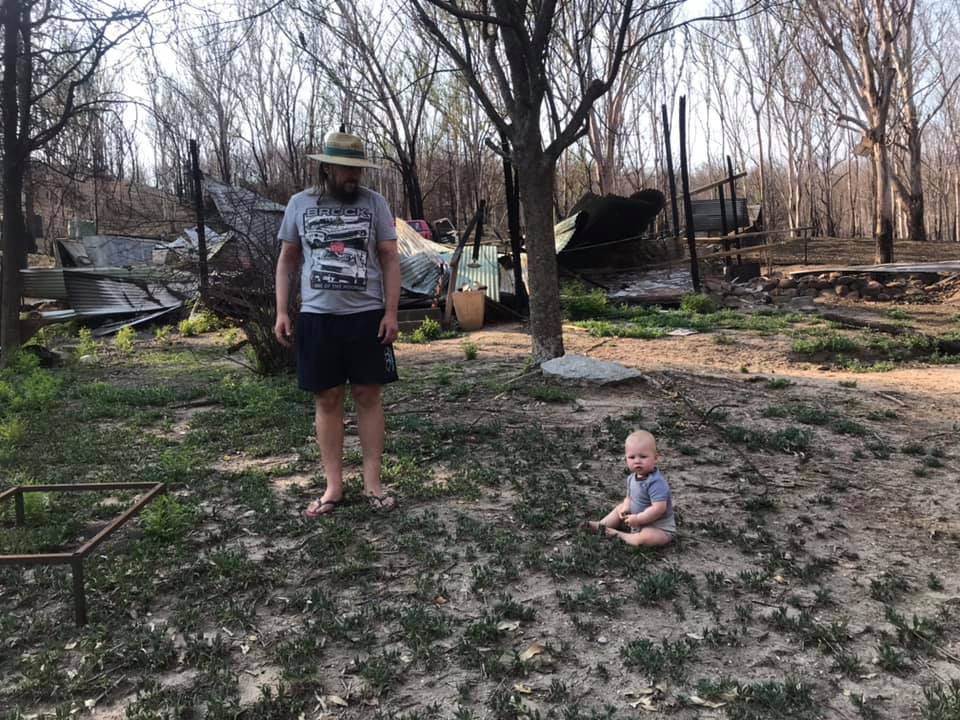 Australia has experienced one of its worst disasters from September 2019 to February 2020 as large parts of the country have been engulfed in flames. By the end of January 2020, approximately 20 million hectares [50 million acres] have burnt since June 2019, 3,000 homes have been lost, and 34 people died. While widely reported by the media, the bushfire catastrophe has been captured in an even more powerful way by Australians who have witnessed in person the extent of the fires, the destruction and the aftermath.

The images below highlight just some of the ten of thousands who have used social media to share the impact of the climate emergency. Some photos have gone viral both at home and abroad, and been taken up by mainstream media.

Back in early November the New South Wales small town of Wytaliba was devastated by fire. As a result, three people died, seventy homes and the primary school were destroyed. The home of the appropriately named Storm Sparks, her partner Al and recently-born son Zeke was among those lost. Al was seriously burned while fighting to save a neighbour’s place. The photo above from Stormy’s Facebook page was taken on 5 January.

Storm has since appeared in television interviews and in a number of stories about issues related to the aftermath.

The coastal town of Mallacoota in Victoria's East Gippsland received international attention when hundreds of locals and holidaymakers took refuge on the beach on New Year’s Eve. Many were later evacuated by the Navy. One of the locals has tweeted and photographed throughout the disaster, which claimed up to 100 houses in the area. Despite the media attention he has received, he prefers to be just called Brendan. This is a family pic taken on New Year's Eve: 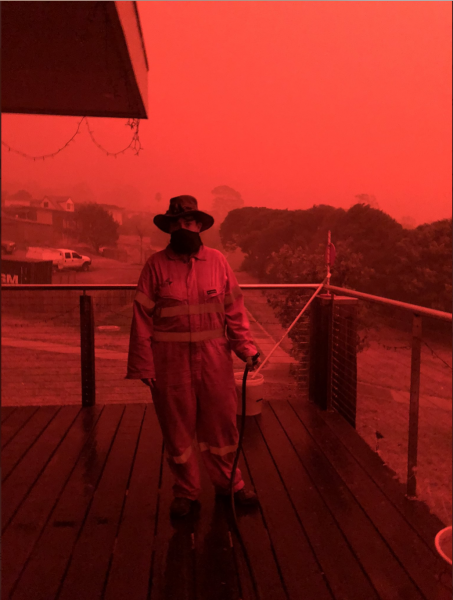 A common concern has been the effects of poor air quality from the smoke. As well as the fire areas themselves, Australia’s two largest cities, Sydney and Melbourne have been dramatically impacted by smoke haze during the summer. This photo was tweeted by well-known Sydneysider [Sydney resident], Dr Kerryn Phelps, in her local area of Rushcutters Bay in inner-city Sydney on 19 November 2019: 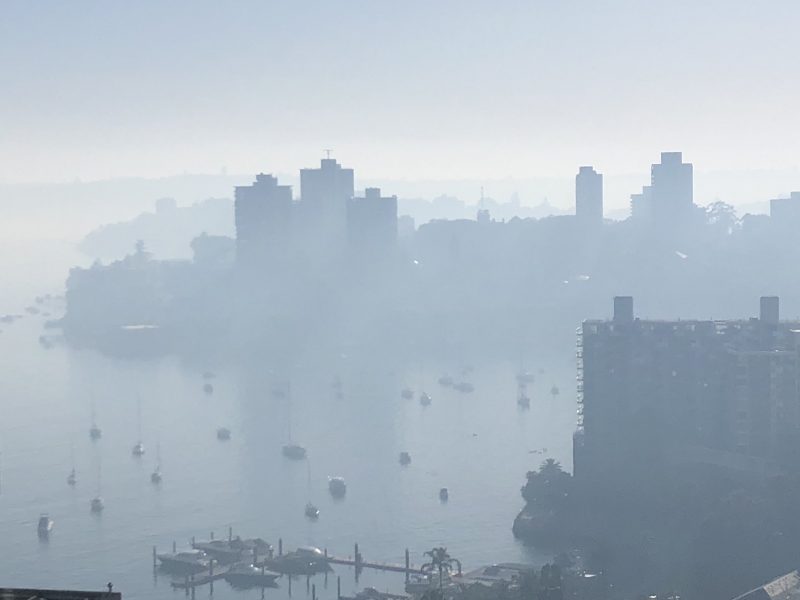 This snap of Melbourne’s Station Pier was taken by the author on 14 January 2020: 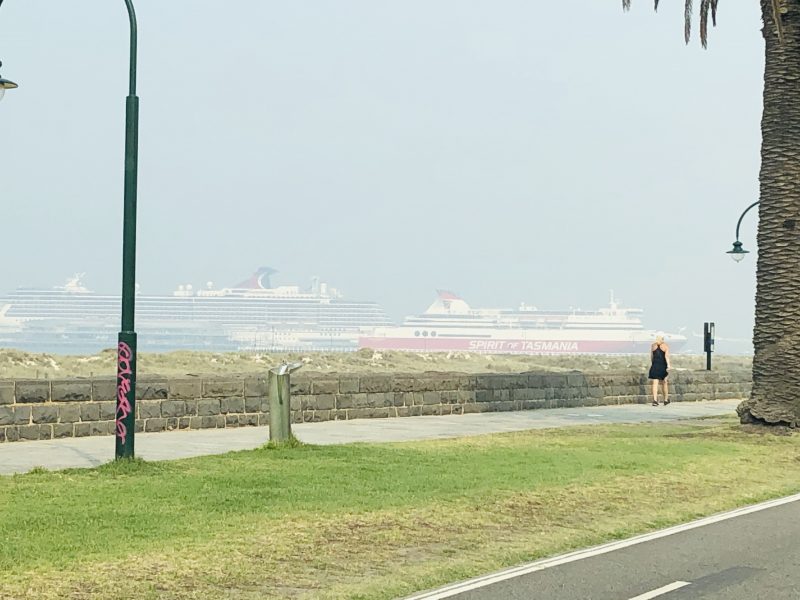 Elisabeth Goh is a volunteer firefighter with the New South Wales Rural Fire Service (NSW RFS) who has shared her experiences extensively on Twitter. This quote from another firefighter accompanied one of the images in her thread on 1 February 2020, “I go home and hug my kids tight. But they don't know why.”

The following day Elisabeth uploaded these skylines to Twitter after being without communications during the day: 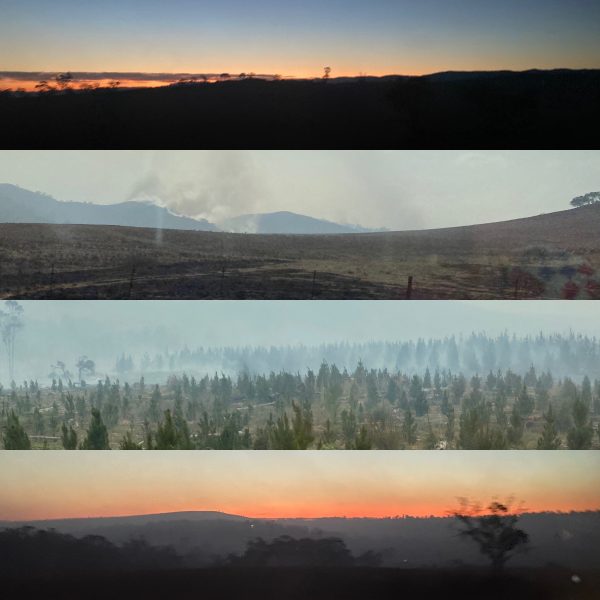 Late on 30 December Anthony Olssen evacuated his house and relocated to nearby Cobargo where the main street was devastated by fires the next day. He moved on to Bermagui and eventually sought shelter on the beach there. He estimates that there were thousands of people present. Fortunately, his own house was spared, though everything else around it was burnt. His father and brother lost their homes nearby. Anthony is a member of the Maritime Union of Australia (MUA). He wrote this piece to thank the union for its help and support. He took this photo of one of the houses: 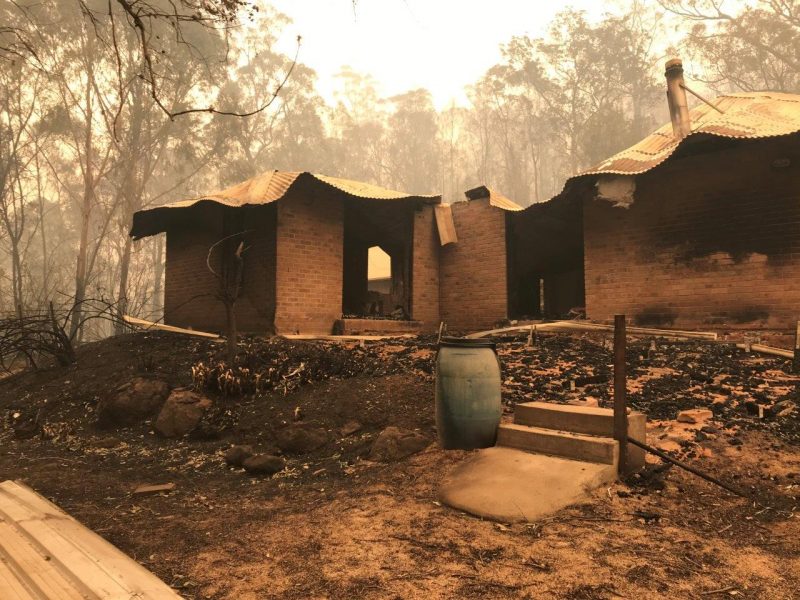 South Australia has not escaped the ferocity of the fires. Australia’s third largest island, Kangaroo Island, was ravaged by bushfires in January 2020, burning over 2 million hectares [500,000 acres]. A father and son were killed on their way home from fighting a nearby fire. Kailas Wild lives in Sydney. He has been on the island since the end of January rescuing koalas. He has been regularly posting photos and videos on his Facebook page and Twitter. He posted this video on 4 February:

If you’d like to get an idea of what it can be like on the ground here leading up to a rescue, I made this little video beforehand. Ideally you’ll have at least two people but I was alone, help was far away and she was in poor condition. #koalas #kangarooisland #wildliferescue pic.twitter.com/vUcBknFl6l

Unfortunately, it’s not all good news as Kailas’ photo from 7 February shows: 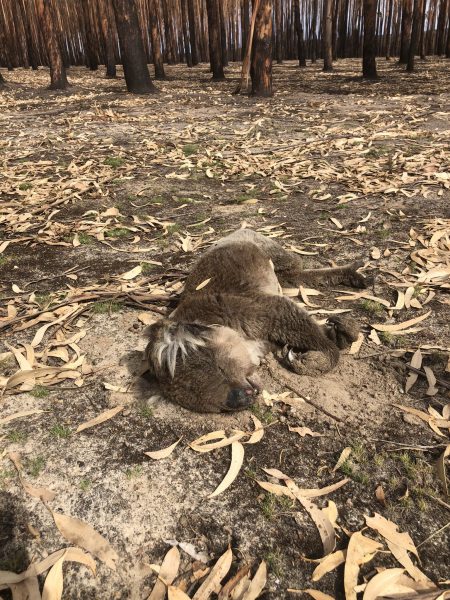 Volunteer Melina Budden is an ecologist working not only with wildlife rescue but on multiple management programs to assist with the wildlife recovery such as establishment of species specific feed stations and water stations, mange treatment for wombats and undertaking assessment of threatened species habitat post fire. She posted a series of photos to Facebook on 8 February from the Wolgan valley, which was part of the Gospers Mountain mega-fire in the Blue Mountains north-west of Sydney. This photo shows a wallaroo, which had been darted, having his condition assessed: 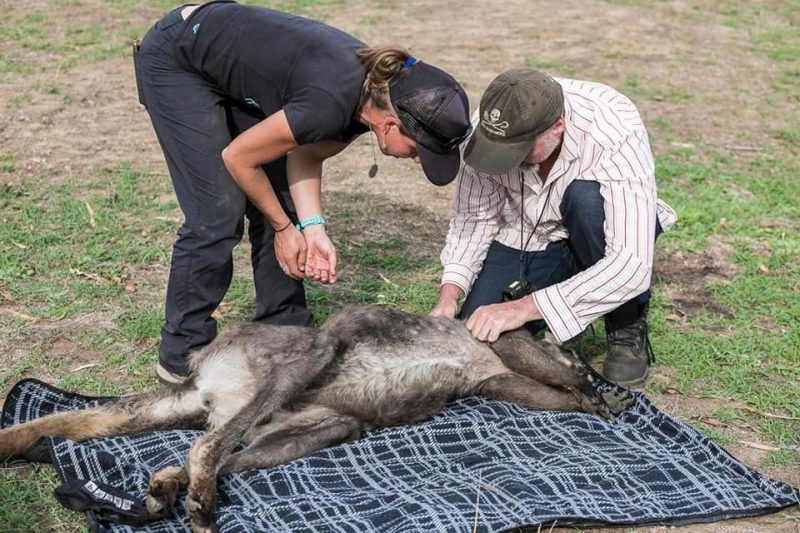 Wallaroo having his condition assessed – Photo taken by Josephine Ki

Melina points out that the worst is not over yet:

The unfortunate reality is that things aren't necessarily getting better, in some areas it's getting worse with the contamination of the dams and creeks from algae blooms and black sludge full of sediment and ash. These water holes are likely to become a whole new crisis for our wildlife if they don't get clean water.

This mural appeared in the author’s local Black Rock (Victoria) shopping centre in late January as a tribute to the the volunteers and others who have selflessly helped those in need including Australia’s wildlife. It was undertaken by Melbourne’s Murals to coincide with Australia Day on 26 January: 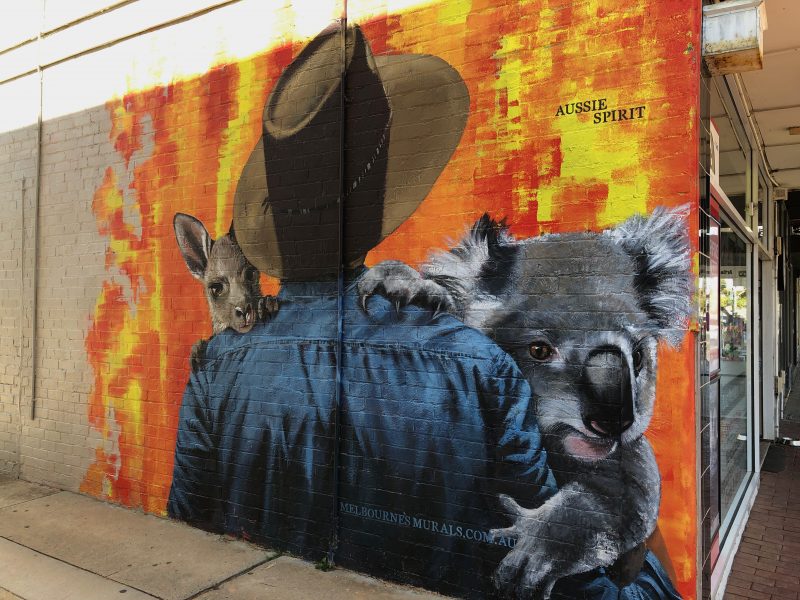 Local photographer and resident of the nation's capital Canberra, Charles Dingo, took this panorama from his Canberra house just after daybreak on 2 February. The Australian Capital Territory had declared a state of emergency on 31 January: 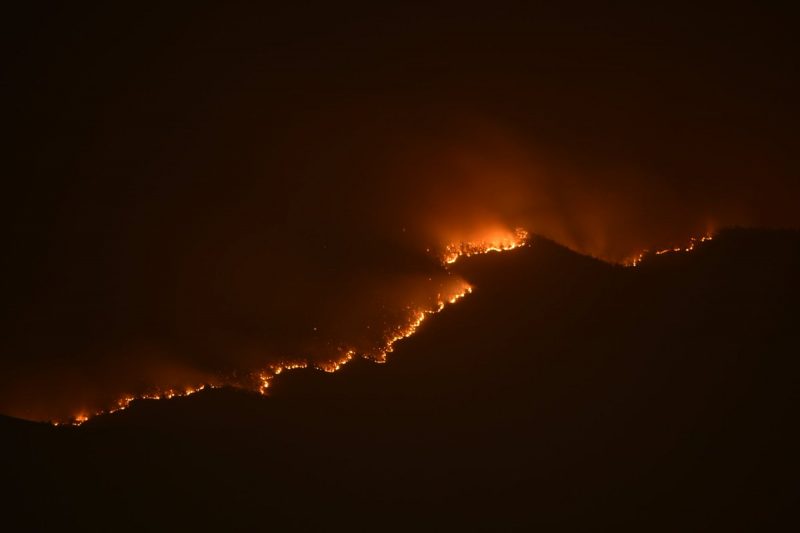 Finally, this viral video was taken by members of Fire and Rescue NSW Station 509 Wyoming in New South Wales on New Year's Eve. They had travelled over 250 kilometres [155 miles] to give assistance near Nowra:

The crew from Fire and Rescue NSW Station 509 Wyoming recorded this video showing the moment their truck was overrun by the bushfire burning South of Nowra. The crew was forced to shelter in their truck as the fire front passed through. #NSWFires #ProtectTheIrreplaceable pic.twitter.com/Hb0yVrefi9

The ABC (Australian Broadcasting Corporation) TV’s Four Corners program on 3 February, Black Summer, is compelling viewing. It presents some startling videos from the fire season so far with follow-up interviews. It can be viewed online until 31 December 2020, and includes extra footage taken by the Wyoming crew.

Meanwhile, welcome rains have brought relief to the south eastern Coast. However, the bushfire season and the severe drought across the country are far from over yet despite this lull.