The European Union continues to stall visa liberalization for Kosovo

Kosovo repeatedly asks the EU to remove the visa requirement 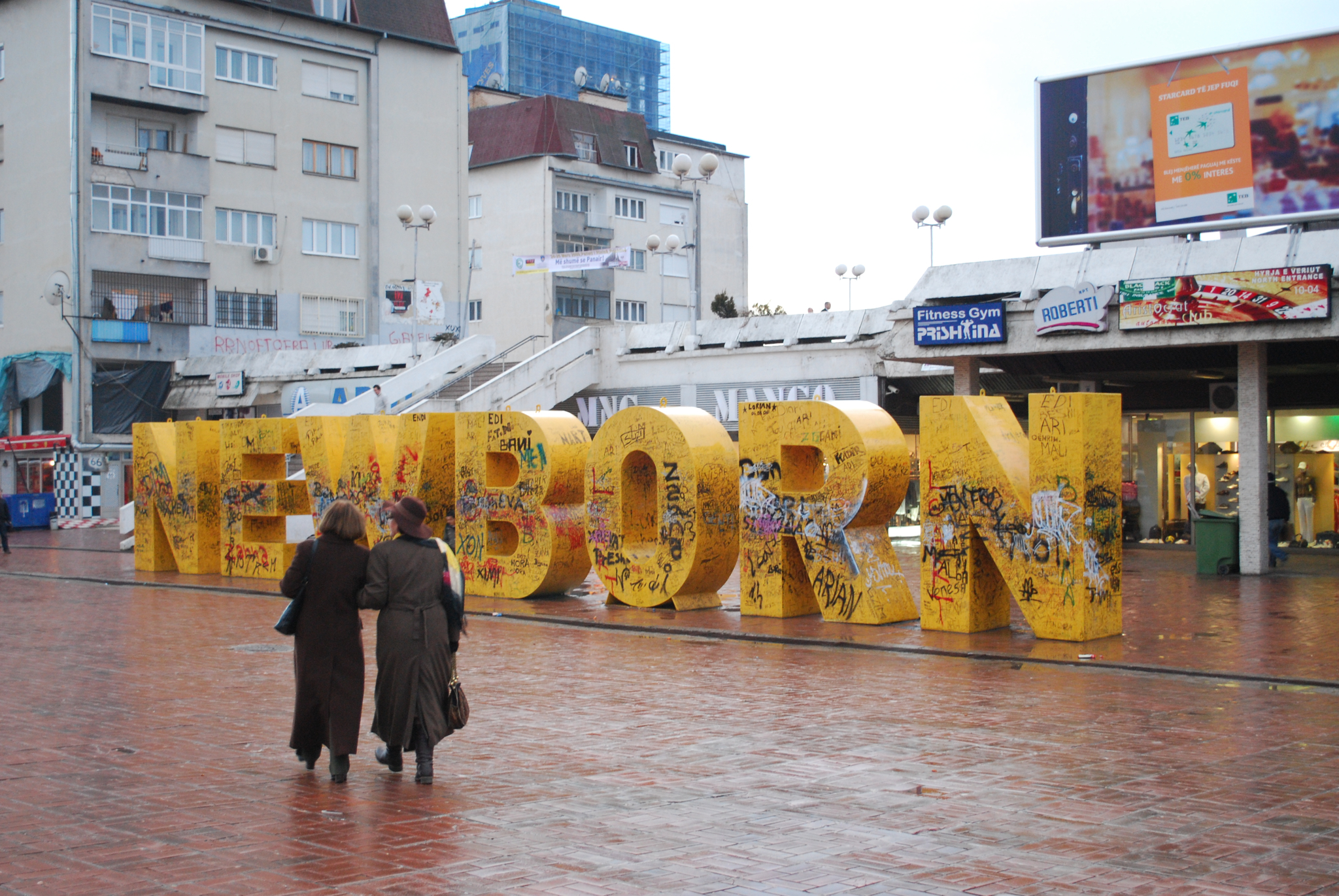 Newborn monument in Prishtina. Photo by John Worth, CC BY 2.0, also available via Wikimedia Commons.

This article was first published by Faktoje.al, a fact-checking organization in Albania, as part of the regional initiative Western Balkans Anti-Disinformation Hub. An edited version is republished by the Global Voices, with their permission.

Leaders of the Western Balkans countries and the European Union met on June 23 to discuss the European Union (EU) enlargement process. Yet, after the meeting, there was no movement on the decision to grant visa-free travel to the Schengen area for Kosovo's citizens.

Citizens of Albania, Serbia, Montenegro, North Macedonia and Bosnia and Herzegovina in the Western Balkans have been enjoying visa-free travel in the Schengen area for years. Even Ukraine, Moldova and Georgia do not need visas for their citizens to travel.

The European Commissioner for Enlargement Oliver Varhelyi declared on June 27, after the EU–Western Balkans summit, that a new roadmap is needed for visa-liberalized Kosovo:

We are ready to help Kosovo, together with the member states, establish a roadmap for addressing specific concerns. The authorities of the member countries, law and order agencies, police forces need to engage in the field to help Kosovo. From our side, we are ready to give Kosovo all the financial, technical and political assistance for this process.”

But the European Commission quickly reacted through its spokeswoman, Ana Pisonero by guaranteeing that there are no new guidelines and that Kosovo has met the conditions for visa liberalization:

“The Commission continues to stand behind the assessment from July 2018, that Kosovo has fulfilled all the criteria from the visa liberalization roadmap of 2012… The decision to lift visas for citizens of Kosovo is a long overdue decision, which is pending in the Council.”

The delay in visa liberalization has contributed to the spread of much speculation, which, when taken at face value, often amounts to disinformation. Some such unsubstantiated explanations fit within pre-existing conspiracy theories that are already part of the political folklore in the Balkans, reinforcing narratives that portray the West as insincere and having hidden agendas. 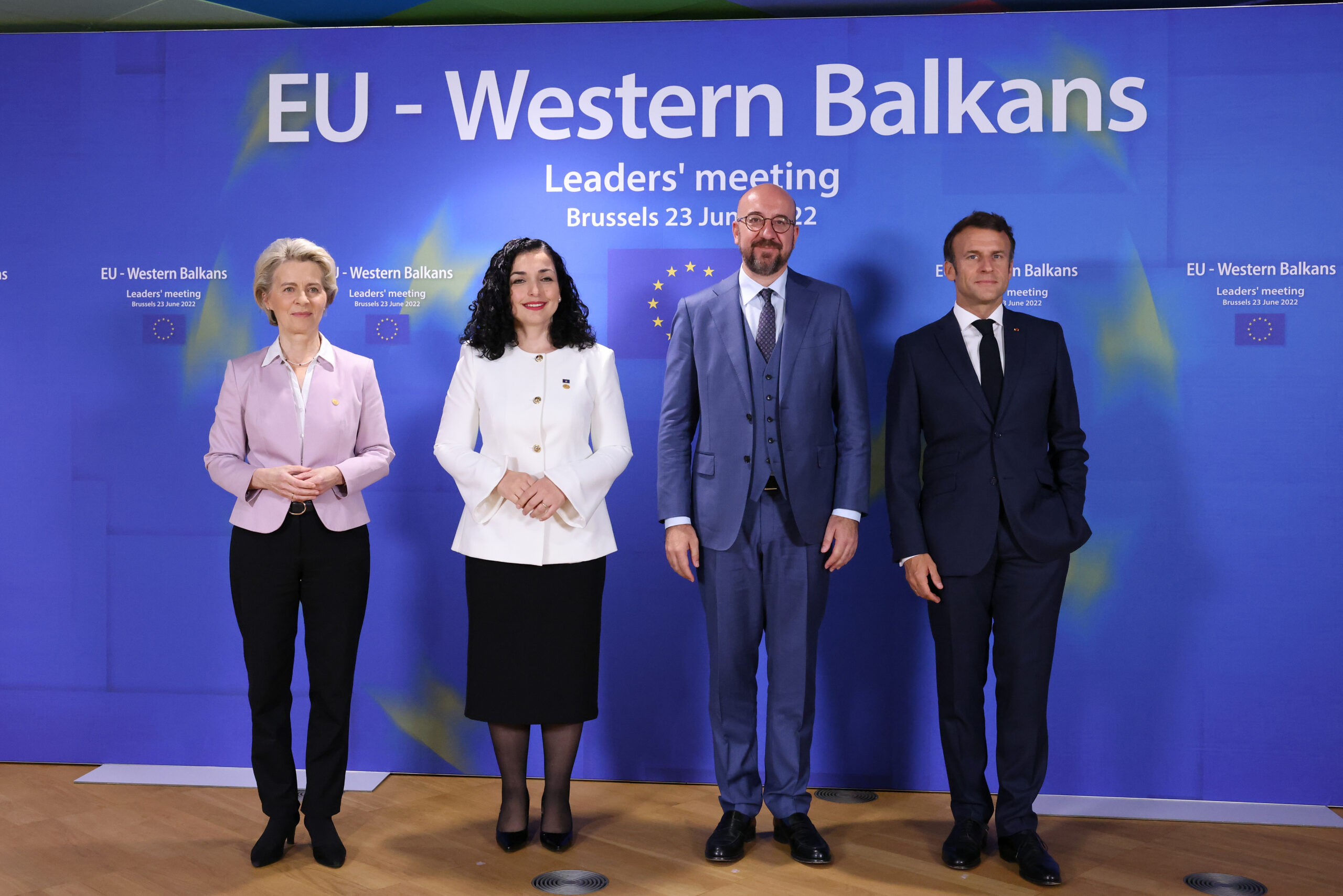 Is it only about the visas?

The European Council in fact reconfirmed that tangible progress must be urgently achieved regarding unresolved issues and regional disputes, especially between Belgrade and Pristina, where, through dialogue, the normalization of relations between Serbia and Kosovo can be achieved.

Kosovo declared its independence from Serbia on February 17, 2008. Serbia does not recognize Kosovo as an independent state and continues to claim it as the Autonomous Province of Kosovo and Metohija. At first there was no contact at all between the two; however, in the following years there has been increased dialogue and cooperation between the two sides.

Gazmir Raci, an analyst from Kosovo, says to Faktoje that the EU has already made visa liberalization conditional on Kosovo–Serbia dialogue, because only the dialogue and the importance for progress were mentioned in the conclusions of the summit.

“The only condition is dialogue, as the German chancellor Olaf Scholz said in Belgrade and Pristina that the EU will not accept states that have not known each other, or states with problems between them. We have to solve the problems between us, get the visa liberalization and then the candidate status. But this is not right, because we have never had dialogue as a condition for the visa liberalization.”

Another argument articulated mainly by commentators on social media, but not only by them, is that Kosovo is not getting the visa liberalization because it has a majority Muslim population. This theory is rejected by Raci, who says:

“Even though this has also been talked about, I do not believe in the thesis that visas are not liberalized for Kosovo because it is a country with a Muslim majority. It is an argument that does not hold, because Bosnia and Herzegovina also has a Muslim population, but it has benefited from visa liberalization.”