'Smaller countries proved more agile than [most] of their larger counterparts' 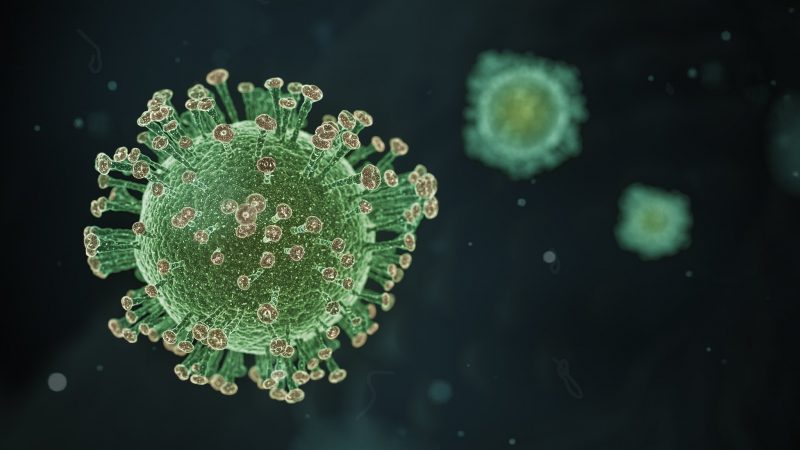 COVID-19 CG illustration by Yuri Samoilov on Flickr, CC BY 2.0.

Trinidad and Tobago and Jamaica are the only two English speaking countries included in an interactive COVID Performance Index that examines how 98 countries with publicly available data have managed the pandemic so far, following their hundredth confirmed case of COVID-19.

Researchers at the Australia-based Lowy Institute, which describes itself as “an independent, nonpartisan international policy think tank,” attempted to deconstruct various countries’ responses to the pandemic. Trinidad and Tobago ranked at Number 28, while Jamaica came in at Number 31 on the list.

Sorting countries into various categories—by region, political system, population size, and economic development—the study determined whether significant variations exist when it comes to their handling of the pandemic. The findings showed that “no single type of country emerged the unanimous winner in the period examined,” though “smaller countries (with populations of fewer than 10 million people) proved more agile than the majority of their larger counterparts.”

Interestingly, levels of economic development or differences in political systems between countries had less of an impact on outcomes, though countries with “smaller populations, cohesive societies, and capable institutions” were generally found to have a comparative advantage in dealing with the pandemic.

How the study worked

From there, the researchers calculated two-week rolling averages of new daily figures for each of the indicators, followed by an average across those indicators for individual countries in each period to produce a score from 0 to 100 (worst to best performing).

How the Americas fared

In the Americas, which includes the Caribbean region, the spread of the pandemic accelerated during the second wave of the pandemic, making it the worst affected region:

Much of that statistic would have been determined by the large number of COVID-19 cases in countries like the United States and Brazil.

Even now, however, Jamaica's numbers have been steadily climbing and most recently, St. Lucia—which was not included in the study—declared a national state of emergency, which began on February 3. St. Lucia's population is just over 180,000 people. As of February 3, the country had recorded 757 active cases and 1,479 total cases, with 16 COVID-related deaths.

Did economic power pay off?

Interestingly, the data revealed that while countries with higher per capita incomes had more resources at their disposal and so far, performed better on average than developing countries, it was a lead they lost by the end of 2020 as second waves began to hit and air travel increased transmission rates.

Meanwhile, much of the Global South was actually able to cope well with the initial outbreak of COVID-19, which the researches ascribed to more preparation time and “a greater sense of urgency […] to put in place preventative measures after the scale and severity of the global crisis became known.”

Jamaica, at the outset, quarantined entire communities and issued travel restrictions against countries like the UK, which had high infection rates. The Caribbean is a popular winter destination for both Europeans and North Americans, and many regional territories introduced travel bans in an effort to keep the virus at bay.

Trinidad and Tobago, meanwhile, put a stop to the arrival of cruise ships and on March 16, 2020 closed its borders completely. While the country has been allowing travel exemptions to repatriate nationals, the borders officially remain closed nearly a year later. Most recently, the government announced that permission would be required for travel both to and from the country.

The Lowy researchers deduced that “low-tech” measures like these, including large-scale lockdowns, “may have created a more level playing field between developed and developing countries in the management of COVID-19.”

However, they noted that the “uneven deployment of the first vaccines against COVID-19 could give richer countries a decisive upper hand in crisis recovery efforts, and leave poorer countries fighting against the pandemic for longer.” This is one of the reasons why the Caribbean Community (CARICOM) has called for a global summit to address more equitable distribution:

Comparing Jamaica and Trinidad and Tobago

It's interesting to see how the two Caribbean nations compare, positioned as they are at opposite ends of the archipelago–Jamaica to the north and Trinidad and Tobago to the south. The interactive, which allows users to compare up to five specific countries one one graph, made this easy:

Screenshot comparing the COVID-19 response between Jamaica and Trinidad and Tobago taken from the Lowy Institute Covid Performance Index.

The study's methodology noted that fewer reported cases and deaths, both in aggregate and per capita, indicate a better response to the virus. More COVID-19 tests being conducted per capita also offers a more accurate picture of the extent of the pandemic at a national level, and lower rates of positive tests naturally suggest greater control over transmission.

Wikipedia has compiled COVID-19 data from countries around the world here, through which the performance of all Caribbean Community (CARICOM) member states can be tracked.

Update: As of February 9, Jamaica recorded its highest number of COVID-19 cases in a 24-hour period thus far, with 403 positive cases from 1,935 samples tested.