Most Taiwanese unfazed by former president's fearmongering on war with China

In mainland China, however, his ominous words made for a good pro-unification slogan 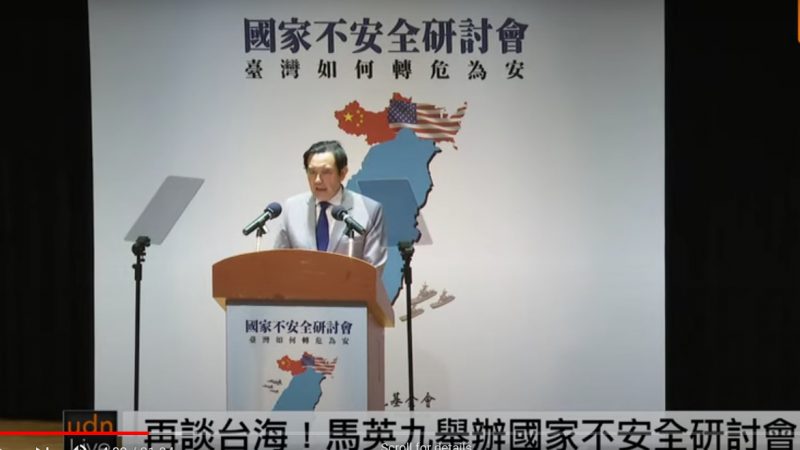 Amid China's current military drills in the Taiwan strait, a speech by former Taiwanese president Ma Ying-jeou blaming the current administration for the PRC's hostility received praise in the mainland — but not so much in Taiwan.

Speaking at a conference in Taipei on August 10, Ma, who is a member of the opposition party Kuomingtang (KMT), claimed Taiwan's military capabilities are no match for China's, as well as questioned the United States’ commitment to come help in the case of full aggression. According to him, once China launches a military operation against Taiwan, “the first battle will be the last.”

Meanwhile, a telephone poll conducted by the Taiwan Public Opinion Foundation on August 17 and 18 found that 58 percent of respondents disagreed with Ma's views and were “not worried about the outbreak of a war between China and Taiwan.”

Since the beginning of August, China has stepped up its live-fire military drills in the South and East China sea, partly in response to the visit of US Health Secretary Alex Azar to Taiwan.

Azar is the most senior official to visit the island in decades, and his presence there has been condemned by Beijing.

Taiwanese Twitter user Otto Huang said that in his speech, Ma ended up providing China with a “propaganda slogan”:

Ma Ying-jeou provides CCTV with a propaganda slogan for unification with Taiwan by force.

We cannot accept Ma’s talk of capitulation — and that coming from a former president, who is now a propagandist for China and coerces the Taiwanese to surrender to China without a fight.

But Ma has since doubled-down on his views. On August 22, at another conference, he delivered a second speech, again accusing Tsai of rejecting the 1992 Consensus and criticizing the island's deepening ties the US. He added:

If Beijing were to use force against Taiwan as a way to push Washington to make concessions, Taiwan would turn from a chess piece to an “abandoned son” and ultimately a sacrifice.

Once again state and party-affiliated outlets in the mainland gave prominence to Ma’s address.

Taiwan has been a de-facto self-ruling state since 1949, when the KMT, then-ruling party of the Republic of China (ROC), was defeated in the Chinese Civil War and established itself on the island.

In 1992, at a time when cross-strait relations had warmed up, Taipei met with Beijing and jointly announced that both countries agreed that they constituted “one China,” in what has since become known as the 1992 Consensus. What that consensus actually means has been up for dispute since then.

The KMT was voted out of power in 2016, with Tsai Ing-wen of the Democratic Progressive Party, a traditional advocate of Taiwanese independence, emerging victorious by a large margin.

In January 2019, Chinese President Xi Jinping announced that China's interpretation of the “1992 Consensus” was that of “One Country, Two Systems,” a principle applied to the governance of Hong Kong and Macau. Tsai immediately rejected this interpretation. In January 2020, she was re-elected president of Taiwan with over 57 percent of the vote.

Despite the spread of propaganda citing views from Ma's speeches, there have been a few mainland netizens expressing suspicion of his sincerity. For example, one popular response to a Global Times’ thread on Weibo said:

Ma was in power for 8 years without enhancing unification and now he has the gut to speak like this. He is no different from Tsai. I have not seen such a shameless person yet.

Ma keeps talking about status quo – no independence, no unification, no military operations, it is all about foot-dragging. Less and less people are pursuing unification now.

In the face of China’s oppression, the nation should not relinquish its sovereignty, democracy or freedom, but rise up against an autocracy by uniting its people in soliciting international support.

And YC Jou, a popular Taiwanese cultural critic, argued on a widely-shared Facebook post that Ma and other speakers at the conference fail to understand Taiwan's current sentiment on the unification issue: