‘Where is the center of the story?': Revisiting the traditional view of Russia's Muslim communities

"The decentering or provincializing of ethnic Russian history continues to be a slow process."

Tatar family on a picnic (place unknown, first half of the 1910s). Photo from Renat Bekkin's archive, used with permission

Muslims account for 10 percent of Russia's population, making their religion the second largest behind the Russian Orthodox Church. They have been part of Russian history for centuries and inhabit the entire Russian Federation: from Siberia to the North Caucasus, in large cities such as Moscow and Saint-Petersburg.

The largest ethnic group professing Islam are Tatars, who are also the first ethnic minority in Russia, with over 5 million members, their own Turkic language and their own administrative territory within the Russian Federation, the Republic of Tatarstan. 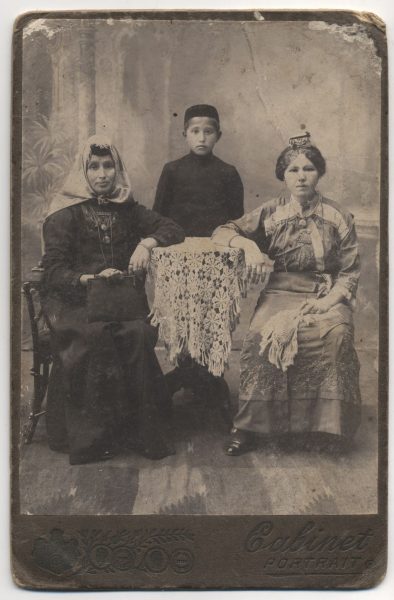 Tatars played a specific role in the colonial expansion of Tsarist Russia as intermediaries between ethnic Russians and colonized nations of Siberia and Central Asia, who often shared close religious and linguistic ties with them. They acted as missionaries, translators, and later as reformists of Islam in the late 19th and early 20th century. They are often described as the Jadids – intellectuals, writers, thinkers who proposed a new and modern brand of Islam inspired by political and social reforms seen in the Ottoman Empire and Western Europe.

But this narrative of male Muslim intellectuals solely guiding modernization that has dominated academia until very recently is being increasingly challenged by researchers.

Global Voices spoke to Danielle Ross, who taught at Nazarbayev University in Nur-Sultan, Kazakhstan, and is now an Assistant Professor of Asian and Islamic history at Utah State University.

In her latest book Tatar Empire: Kazan's Muslims and the Making of Imperial Russia she openly challenges this myth and proposes another reading.

The interview was edited for brevity.

Filip Noubel: The dominant narrative in academia, both post-Soviet and Western, is that modernity happened in Muslim communities in the Tsarist Empire only with the arrival of the Jadids — male reformers of Islam and society. In your latest book, you challenge this narrative. Can you elaborate?

Danielle Ross: One of the main goals of my book is to bring the study of Islam and Islamic reform in Russia’s Volga-Ural region up to date with recent trends in historical research on other parts of the world. This means moving away from a model of modernity as something imported or introduced from one society into another, and, instead, viewing 1600s-1910s as a period in which a set of changes—globalization of commerce and politics, centralization of governmental power, rising literacy rates, democratization of religion—unfolded in societies across the world. The Volga-Ural region, linked into larger global networks through Russian imperial rule, Islam, and European and Asian trade, was as much shaped by these trends as were Britain and France, with the caveat that the Volga-Ural region was a colonized space rather than an imperial center. Within this framework, the Jadids can no longer be seen as the importers of modernity. Rather, Jadidism appears as one of many local responses to high colonialism, vertically integrated mass production, and religious revival across the world in the 1880s-1910s. The Jadids were in dialogue with their contemporaries outside of their ethnic communities but were also greatly indebted to previous generations of their own people, who had responded to globally driven changes in their own day. In my book, I wanted to convey an impression of the Volga-Ural region as a continually dynamic place rather than as a land and culture that froze in place in 1552 and suddenly awakened in the 1860s.

FN: You also make the point in your research that the building of the Tsarist, and later Soviet Empires was not the monopoly of ethnic Russians — it did include other groups such as the Tatars, Germans, Jews, Georgians and others. Why is this aspect seldom mentioned in the colonial history of those two empires?

DR: The academic study of history as we know it today arose within the context of nineteenth-century nationalism and colonialism. In this context, history-writing served two purposes: to articulate a coherent, unifying past for the modern nation-state and to justify political dominance of some peoples over others. Historians have worked since the 1960s to deconstruct these national and colonial narratives, but, in the Russian case, such work is difficult for a few reasons.

First, there is the question of assembling a coherent narrative. Telling the history of Russia as a story of grand princes, tsars, and Communist Party leaders is relatively focused and linear. But how does one tell a coherent, compelling story of over one hundred ethno-confessional groups spread over thousands of square miles? Where is the center of the story?

Second, Russia and the Soviet Union’s intellectual approach to its non-Russian, non-Orthodox peoples was to place them in designated spaces (nationalities, union republics, etc.) and to confine discussions of their cultures and histories to those spaces. Ethnographers, regional experts, and historians of the union and autonomous republics could choose to write about specific ethnic and confessional groups, but little of that writing was included in general histories of Russia and the USSR. This same structure of Soviet national spaces and categories was replicated and reinforced in Cold War-era western scholarship.

In the 1990s, historians began to pursue research that dismantled or transcended the national and regional categories around which Cold War-era historical studies had been organized, but this is transformation is still in progress and it is still not well represented in the textbooks and other generalist literature that would appeal to non-specialists and students entering the field of Russian history. So, the integration non-Russian sources and histories into mainstream Russian history and the decentering or provincializing of ethnic Russian history continues to be a slow process. 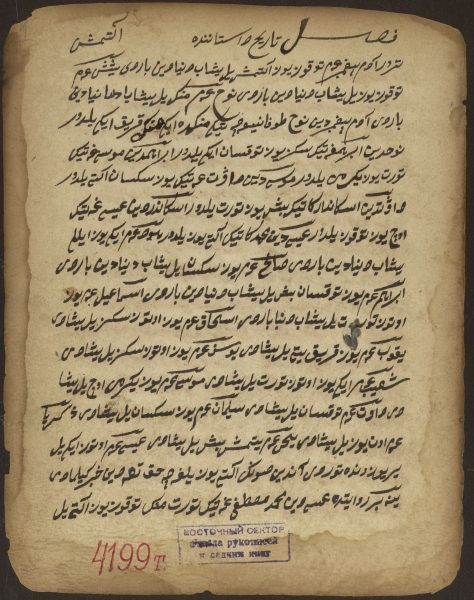 Page from the Tatar-language chronicle “Fasl tarikh dastanninda (1740s), produced in the 1740s and held in the Department of Manuscripts and Rare Books at the Kazan Federal University Library in Kazan, Tatarstan. Photo provided by Danielle Ross, used with permission

FN: What is Moscow’s current discourse about the role and presence of Muslims — both indigenous and migrants — in Russia?

DR: Since Putin came to power, Moscow has turned increasingly to Russian ethnonationalism as a unifying ideology. In ethnically diverse Tatarstan, recent policies of consolidation and streamlining of cultural and educational institutions have amounted to the reduction of the resources that sustain the republic’s non-Russian languages and cultures. Moscow’s rhetoric and policies toward Uzbek, Tajik, Kyrgyz, and Azerbaijani migrants send the message that: (1) these Muslims are not wanted in Russia despite their now indispensable role in Russia’s economy; and (2) Central Asian and Caucasian Muslims’ cultures are alien to and incompatible with Russia’s prevailing culture despite the shared experience of seventy years of Soviet rule. Given Moscow’s current stance on indigenous and migrant Muslim people and cultures, it seems fairly clear that they are not prepared at this time to recognize the contributions of non-Slavic, non-Orthodox peoples to Russia’s past or to propose a vision of the future that would include Muslims as full members of Russian society. 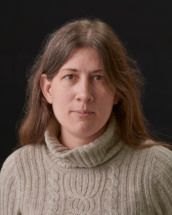 FN: Who are the conveyers of modernity in today’s Muslim communities of Russia?

DR: I don’t know that “conveyers of modernity” is a useful term for discussing Islam in Russia today. Unlike in the 1880s-1920s, the major discourses in Islam today are not about how to adapt Islamic faith, law, and culture to the modern world, but, rather, about who speaks for Muslims, whose Islam is most correct and legitimate, what the appropriate languages for the transmission of Islamic knowledge are, and what the position of Islam in Russia should be now and in the future. The faces of Islam in contemporary Russia include historically Muslim peoples as well as recent ethnic Russian converts, Salafists as well as adherents of the various classical Islamic legal schools, and local and national Muslim intellectual traditions as well as international and transnational trends. This multiplicity of voices and opinions lends dynamism to Russia’s Muslim communities.