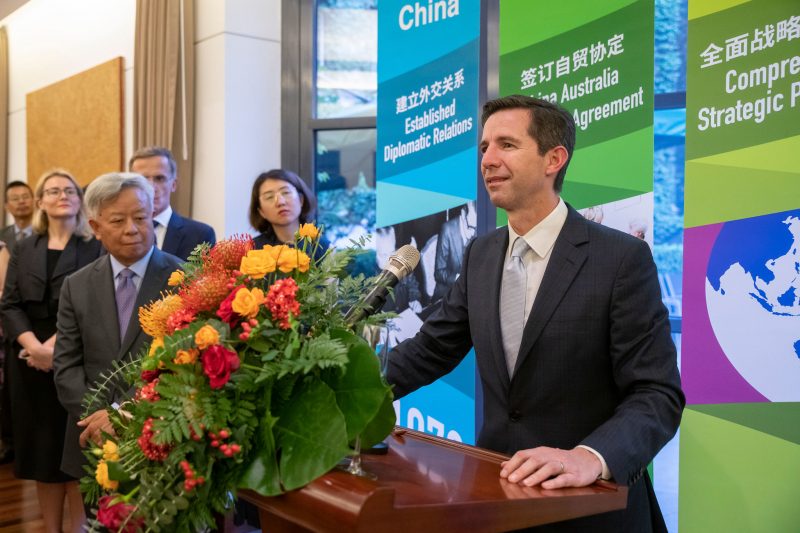 The Australian government has triggered a major clash with Beijing by questioning the origin of COVID-19 — Prime Minister Scott Morrison and some of his senior cabinet members have publicly called for an independent inquiry into the coronavirus.

Although it has been seen by some as a thinly disguised attack on China, there has been considerable support down under. Morrison has called on Australia's allies to reform the World Health Organization and conduct an investigation of the coronavirus source.

Australia already faced a bleak future in its economic relations with China as a result of the COVID-19 crisis. The shutdown of travel in early March was an early cause of strain between the countries. The lack of Australian government support for temporary visa holders such as international students and graduates has threatened the university sector.

The Chinese ambassador Cheng Jingye’s response was swift. He suggested that Chinese consumers and international students boycott Australian goods and services — especially the trade, tourism and education sectors, which have been vital to Australia's prosperity in recent decades.

A political and diplomatic brawl followed, with the Chinese embassy releasing alleged details of a conversation with Frances Adamson, the head of Australia’s Foreign Affairs and Trade department (DFAT). The release was contentious for two reasons. It was meant to show that the Australian government was backing off. It also breached customary diplomatic protocols.

The Chinese embassy claimed that:

She also admitted it is not the time to commence the review now and Australia has no details of the proposal. She further said that Australia does not want the matter to have any impact on the Australia-China relationship.

DFAT neither confirmed nor denied the claim:

The department will not respond by itself breaching the long standing diplomatic courtesies and professional practices to which it will continue to adhere.

Hope Australia stands firm and doesn’t buckle, also should start looking at other markets to replace China as much as possible, as for the ambassador who tried to intimidate us? He’s a bloody bully and should publicly apologise.

Australia is always there, making trouble. It is a bit like chewing gum stuck on the sole of China’s shoes. Sometimes you have to find a stone to rub it off.

This brought an angry response from many Australians online:

Australia is “gum stuck to the bottom of China’s shoe”, huh?
Ok, well, it’s time for Australia to rethink trade and other agreements with China if they don’t like criticism for their handling of a global pandemic. Honestly what a rubbish statement

This tweet was mild compared with some social media posts that displayed open racism and sinophobia [fear or dislike of China]. This advanced Twitter search covers the immediate period after Hu Xijin’s comments were publicised.

In contrast, others questioned the benefits of Australia's close ties with the United States government:

Coronavirus: Australia to call China's bluff over economic boycott threat
We’ll see if America comes to our rescue when we once again bites the hand that feeds us.
Morrison really has become Trump’s deputy sheriff and to our detriment

In terms of our relationship with China and America, the boat must be balanced if Australia is to get through the uncharted and rough waters ahead.

At The Conversation, Tony Walker argued that Australia’s economic over-dependence on China needs to be reassessed to give itself a few more options to avoid political blackmail:

…it affords the Chinese what Australian policymakers should recognise as an unacceptable level of leverage, even a stranglehold, in times of stress.

…It is hard to escape the conclusion that Australia’s China policy is in the hands of amateurs, or ideologues, or both.

Some of the contentious issues between the two countries were summarised in a Global Voices story in late 2019. However, recent research at the Australian National University questions whether these squabbles have had any long-lasting economic consequences:

What will be the impact of the current diplomatic spat between Australia & China?

Research from @vishesh053 shows the effect of diplomatic conflict between China & major partners including Australia is usually minimal. Story by @ErykBagshaw & @Gallo_Ways. https://t.co/faFBeDkYS3

Here is that research from ANU. It found that across 20 years, political shocks between Australia and China only resulted in three months of trade disruption before it started returning to normal transmission. #coronavirus https://t.co/Px8MNxAyTQ pic.twitter.com/Mf2hlQjdsp

Meanwhile, there was some commentary by Chinese citizens on Weibo. Some, including Tong Da Huan, supported an independent inquiry:

The origin of the virus is a scientific question. Tracing the origin can help blocking future outbreaks and inform the science sector on how to combat new viruses. They are saying that the virus comes from the US too? We must have an investigation to clear things up.

There was some mockery in reply to Tong’s post:

If someone else wants to investigate if your wife is having an affair, would you accept that?

There were also some comments reflecting the Chinese government's position, such as this one referring to the 2019-20 bushfire disasters in Australia:

#abcnews what on earth is tax-dodging fraud Twiggy Forrest doing telling Premiers to step up their game and telling citizens to “get back to work” while praising his own shopping expedition in China, while Morrison is attacking China .. who is in charge here? #coronavirus

For a timeline of the unfolding story, please see: ‘Chewing gum stuck on the sole of our shoes': the China-Australia war of words.

We may have to wait until after the pandemic to see if this is more than just a war of words.