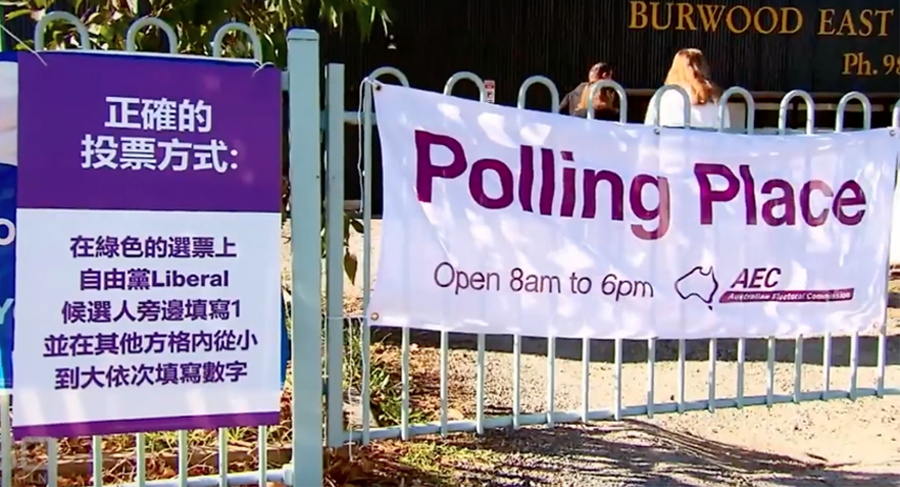 Allegations by a defector have brought strong reactions from many Australians. Wang Liqiang, a self-professed Chinese government spy, has apparently been in hiding down under since May 2019.

A 60 Minutes Australia interview with Wang, as part of a Nine Media investigation, contained a series of explosive claims. Wang stated that:

In response to the program, the Chinese government has denied Wang is a spy, claiming that he is a convicted criminal. Meanwhile the Taiwanese security have detained Xiang Xin and a colleague as they were trying to leave the country.

The #ChinaSpy and related hashtags were busy after the program. Hayden was not the only one on social media to call on the major political parties to take strong action:

@LiberalAus and @AustralianLabor – the evidence is now clear. What are you going to do to protect Australia from the CCP influence?#60minutes #60mins #standwithHK

60 Minutes went on to reveal allegations that Chinese intelligence had been cultivating an Australian citizen to stand as a Liberal Party candidate in the Federal electorate of Chisholm at the last election. Luxury car dealer, Bo ‘Nick’ Zhao, was apparently approached but instead reported the approach to the Australian Security and Intelligence Organisation (ASIO). He subsequently died in a hotel room but the cause of his death has yet to be explained. ASIO has made a public statement confirming his involvement and that it is investigating the matter.

The successful Liberal candidate for Chisholm at the May 2019 election, Gladys Liu, has been accused of CCP (Chinese Communist Party)connections that she has denied. It is not surprising that her name has been thrown around on social media following this latest revelation:

Personally I think #60minutes @theage and @smh are missing the elephant in the room.. and she's been sitting in the seat of Chisholm since the May 2019 election. https://t.co/ncceVQsMAN

Fellow backbench Liberal Member of the House of Representatives, Andrew Hastie, appeared on the program. He described Wang's allegation as a state-sponsored attempt to infiltrate the parliament and run an agent there.

Hastie chairs the Parliamentary Joint Committee on Security and Intelligence . He was recently denied a visa to visit China on a study tour, along with Liberal Senator James Paterson.

There have been suspicions aired on Twitter about Wang’s truthfulness and motivation:

Saw this last night – as disturbing as it was – question to ourselves is – why did he appear on 60 minutes to tell his story when he is in fear for his life if China get their hands on him??? Terrible if true but something seems not quite right to us just yet…. https://t.co/GV7frsQBfA

The role of ASIO has also been questioned:

All those Cold War novels have conditioned me to find the playing out of the #chinaspy situation in the media to be very strange. How come ASIO hasn’t kept this under wraps? @60Minutes @smh

#60minutes What passport and visa did this spy arrive on in Australia? He would have been subject to close scrutiny based upon travel history. Doesn't make sense to me. #auspol

Something odd to note about this story: the fake South Korean passport mentioned here is incredibly amateur.

The English and Korean names don't match, and it's a woman's name.

China is Australia’s largest trading partner. The Australia/China relationship has been a hot topic in recent years. Some of the contentious issues include:

Australia has a population of over 1.2 million residents who identify as having Chinese ancestry in a total population approaching 24.6 million. Many feel that tensions with China have resulted in increased racism and xenophobia. They also object to having to justify themselves to fellow Aussies:

What an utterly insane suggestion that Chinese Australians should “publicly show” their stance on anything related to China to prove their “loyalty”. It is fundamentally illiberal & its own kind of authoritarianism https://t.co/52t4PvumPy