To apply for a national ID card in Iran, members of ‘unrecognized’ religious minorities now need to deny their faith 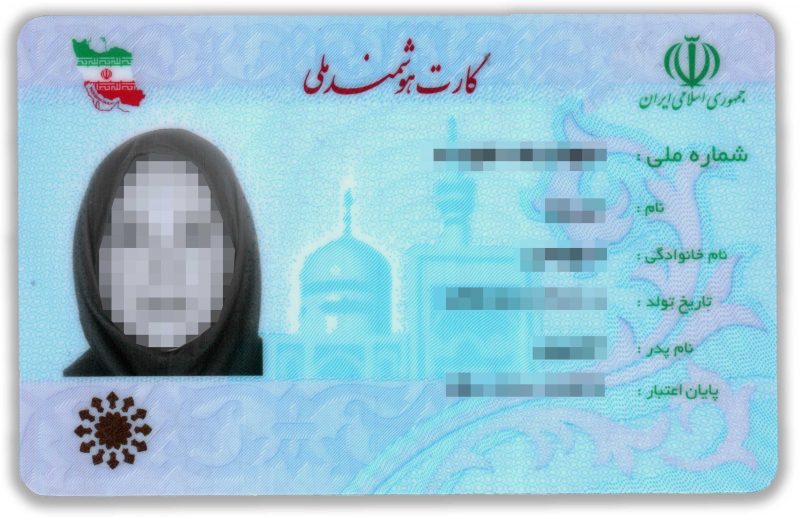 The Islamic Republic of Iran has removed the “other religions” option from the national ID card application form, a move that appears to be designed to deny millions of Iranians full citizenship.

Members of unrecognized religious minorities such as Baháʼís, Yarsan, Mandaeans and Christian converts will either have to lie or hide their beliefs in order to enjoy citizenship rights in Iran. Under the new regulations issued by the National Census Bureau, ID card applicants may choose only from the following list of recognized religions: Islam, Zoroastrianism, Judaism and Christianity.

Recognized religious minorities have long faced discrimination in Iran, and many of them have left the country since the 1979 revolution.

This latest move by the Iranian state represents another chapter in the drama that has been unfolding in the country in recent months. It follows the cold-blooded repression of protesters and the killing of around 1,500 people, including at least 17 teenagers, in the government crackdown on anti-regime protests last November, not to mention the shooting down by the Revolutionary Guards on January 8, 2020, of a Ukrainian passenger plane, killing the 176 people on board. Another mass arrest took place when protests erupted after the government, under international pressure, confessed it had in fact shot down the aircraft by mistake. There is still no news of what has happened to the thousands who were arrested during November and January protests.

“The Shiite state wants to keep minorities marginalised in order to hold onto power itself,” Behnaz Hosseini, a Europe-based researcher who has published numerous articles and books on religious minorities, told religious rights organisation Article 18. “The regime intensifies the pressure on minorities to make them immigrate, or, in the case of the Yarsan, to rob them of their own identity by Islamising them.”

40 years of persecution and discrimination

The persecution of religious minorities began in the early days of the revolution, with the arrest and execution of Baha’is and extrajudicial killings of Christian converts and those who stood up for them. Persons belonging even to recognised minorities, including Sunni Muslims, became at best second- or even third-class citizens.

“The persecution of the Baha’is by the Islamic Republic has been a consistent policy over the last 40 years,” Afshin Shahi, a senior lecturer in Middle East politics and international relations at Bradford University, told Global Voices. “Even under more moderate governments, the Baha’i community has faced discrimination. Historically the regime has regarded members of the Bahai Community as the potential fifth column. This stemmed from a political paranoia which is fused with religious prejudice. At a time that the regime is facing mounting challenges I’m not surprised that they have taken new measures to put further pressure on this vulnerable community.”

According to Simin Fahandej, Bahá’ís continue to be denied access to higher education in Iran, as well as barred from employment in the public sector and receiving benefits from the pension system. “Bahá’í university applicants are turned away at the first hurdle by being mendaciously told that their files are “incomplete”,” Fahandej told Global Voices. “Even when Bahá’ís are able to register, they are expelled soon after they are identified as Bahá’ís.”

With this latest move, the Islamic Republic is not only breaching the Universal Declaration of Human Rights, to which it is a signatory, but also its own Constitution.

Article 18 of the Universal Declaration of Human Rights states that “Everyone has the right to freedom of thought, conscience and religion; this right includes freedom to change his religion or belief, and freedom, either alone or in community with others and in public or private, to manifest his religion or belief in teaching, practice, worship and observance.”

Article 19 of Iran’s own constitution states: “All people of Iran, whatever the ethnic group or tribe to which they belong, enjoy equal rights; and colour, race, language, and the like, do not bestow any privilege.”

With the removal of the “other religions” option from the national ID card application, millions of individuals in Iran belonging to religious minorities find themselves excluded from “all people of Iran.”