A 1990s Macedonian film set in 2019 foreshadows a xenophobic future

Like other sci-fi before it, the film imagined the present year as a post-apocalyptic wasteland 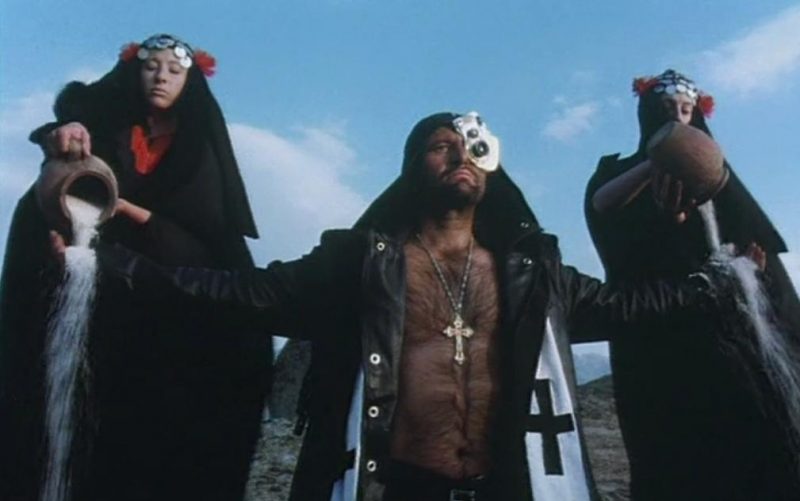 As the year preceding 2020, 2019 has been a popular go-to date for creators of science fiction. Over the course of this year, hundreds of articles (like this one, and this one) have reminded us that classics such as Blade Runner (1982), The Running Man (1987) and Akira (1988) are set in a dystopian version of the present year, and assessed the accuracy of the predictions (flying cars, human clones, World War III) they made.

But few of those stories have mentioned a little-known film called “Goodbye, 20th Century!,” a 1998 Macedonian production that was the country's submission to the Academy Awards that year (it failed to make the nominees of Best Foreign Language Movie).

The film consists of three interconnected stories set in 1919, 1999 and 2019, with that last as the opening segment. It begins with a view of a devastated Mad Max-like landscape and a warning sign that reads “access forbidden to foreigners,” while a title card says: “Macedonia, Balkans, year 2019… Only the animals survived!”. We then follow the protagonist Kuzman, an immortal man who wanders about seeking a way to end his life.

Kuzman's story is underpinned by the horrifying consequences heightened nationalist sentiment — an issue that still haunts the region 20 years since the end of the Yugoslav Wars — with touches of end-of-the-century hysteria and biblical motives.

The film received mixed reviews in the United States and had a very short run in cinemas outside of North Macedonia. At that time, a few US critics found the film “bizarre” for its gratuitous violence and sex scenes (at one point the male protagonist has sex with his sister in a bathtub full of apples). Its three-story-structure was considered “confusing and insular,” with too many obscure contextual references for the non-Macedonian viewer. Others acknowledged that it all might have been a reflection of the atmosphere of despair, destruction, and lunacy afflicting the region at that time. Another critic said the movie was “like it was made by a couple of precocious 13-year-old boys obsessed with incest and bullets and splattering blood.”

The film is fully available online in HD with English subtitles.