Explainer: How a U.S. Act on human rights and democracy can protect freedom in Hong Kong 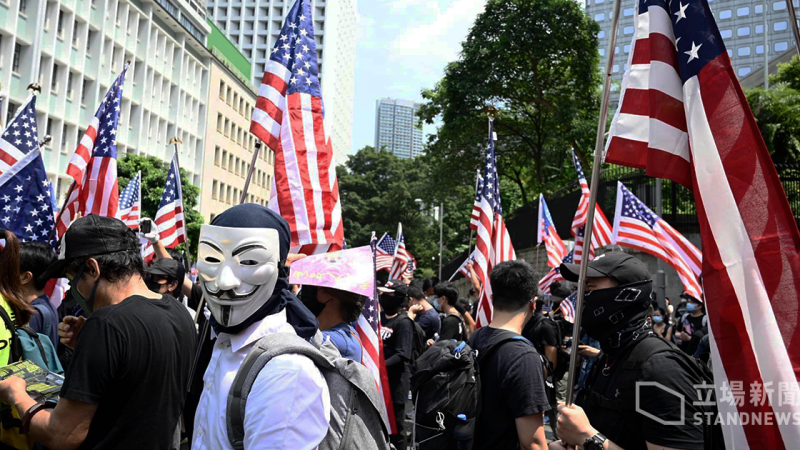 On November 20, 2019, The United States Senate unanimously voted for an Act aimed at protecting Hong Kong’s autonomous status and its residents’ civic rights.

Proposed in 2014 and reintroduced to the U.S. House Committee on June 13, 2019 — just after the anti-extradition protests broke out — the Hong Kong Human Rights and Democracy Act ensures that the U.S. Department of State will report annually to Congress about Hong Kong’s autonomy and human rights status, with a view to assessing whether or not the United States should continue its unique bilateral relations. Hong Kong officials who have been found to suppress freedoms would be sanctioned with visa bans and asset freezes.

Since the U.S. House of Representatives voted to pass the Senate’s version of the Act on November 21, the final step of its enactment would entail U.S. President Donald Trump signing it within the next few days.

Beijing is furious about the Senate’s move to pass the Act. Its foreign ministry spokesperson, Geng Shuang, condemned it as foreign intervention and threatened that there would be “negative consequences”.

For those unfamiliar with Hong Kong’s colonial history and the city’s political constitution, this U.S. legislation concerning Hong Kong could well seem like foreign intervention. However, since Hong Kong was handed over to China in 1997, the city’s autonomous status has been ensured by international treaty — the 1984 Sino-British Joint Declaration — which established the principle of “one country, two systems”. It outlines the framework of the the city's mini-constitution, the Basic Law, and ensures that Hong Kong becomes a signatory to a number of United Nations Conventions, including its Human Rights Convention.

Following 1989's Tiananmen Square Massacre in China, the U.S. government enacted the Hong Kong Policy Act in 1992, to ensure Hong Kong's autonomous status as a precondition of its special economic treatment of Hong Kong as a separate customs and trading zone. This Act has granted Hong Kong favorable bilateral ties in the areas of trade and economics, finance, aviation, shipping, and technology.

But ever since 2014, when the Hong Kong Human Rights and Democracy Act was first proposed, Hong Kong's autonomy has eroded rapidly, hastened by Beijing's reinterpretation of the Basic Law. On August 31, 2014, China imposed a screening mechanism on the election of the Hong Kong Chief Executive as part of election reform. In 2016, there was the alleged cross-border abduction of booksellers, and a year later, the disqualification of lawmakers over oath-taking.

Throughout all of this, the U.S. government had no legal tools with which to address the situation, as 1992's Hong Kong Policy Act does not include a mechanism to review Hong Kong's autonomous status. A draft of the Hong Kong Human Rights and Democracy Act was therefore introduced to the U.S. Congress in 2017, but the amendment of 1992's outdated Hong Kong Policy Act was put aside until the anti-extradition protests broke out in June 2019.

The new Act is equipped with a monitoring and sanction mechanism to ensure the city’s “autonomous status” is in alignment with both the Sino-British Joint Declaration and the United Nations’ Human Rights Conventions. The U.S. Senate's final version of the Act has put more weight on Hong Kong’s international status, stressing that the U.S. government will “coordinate with allies, including the United Kingdom, Australia, Canada, Japan, and the Republic of Korea, to promote democracy and human rights in Hong Kong”.

The Act allows for detailed human rights assessment items — including education, freedom of the press (including the Internet), and police and security functions — to be addressed in its regular reports. It also gives the U.S. government the authority to ban journalists who work for Chinese Communist Party-affiliated media organizations in Hong Kong from entering the United States, and to block the supply of any crowd control and surveillance equipment that could be inappropriately used in Hong Kong.

Like Rebel Pepper, the majority of pro-democracy Hong Kongers believes that the Act would counterbalance China’s encroachment into Hong Kong, especially as the city’s independent customs and trading status, recognized by the international community, is the key to the global financial center's success.

China depends on Hong Kong to attract foreign funds and investment there. In 2018, of the 64.2 billion USD that Chinese companies raised globally via initial public offerings, more than 50 percent — a value of 35 billion USD — came from the Hong Kong stock market. The listings from mainland Chinese cities only raised about 19.7 billion USD.

As the trade war between China and United States has intensified, the Hong Kong Stock Exchange had initially planned to buy the London Stock Exchange (LSE) in order to establish more channels for Chinese companies to attract foreign funds in global stock market, but after LSE's management rejected this pursuit in October, Hong Kong remains China’s major source of foreign capital.

On the other side of the coin, the United States also has huge economic interests in Hong Kong. In 2018, the largest U.S. bilateral trade surplus — 31.1 billion USD — was with Hong Kong. The discontinuation of Hong Kong's separate customs and trading zone status would therefore harm American economic interests.

While China is unlikely to loosen its grasp on Hong Kong, Beijing will likely be more cautious in taking further aggressive interventions that undermine the city’s political and legal autonomy. The stability of Hong Kong would be beneficial to all the players, just as ending the city's autonomy would be detrimental to all concerned.