Keeping it in the family: Kazakhstani president Nazarbayev resigns, but leaves little hope for real reform

Nazarbayev had maintained power since the Soviet Union's collapse 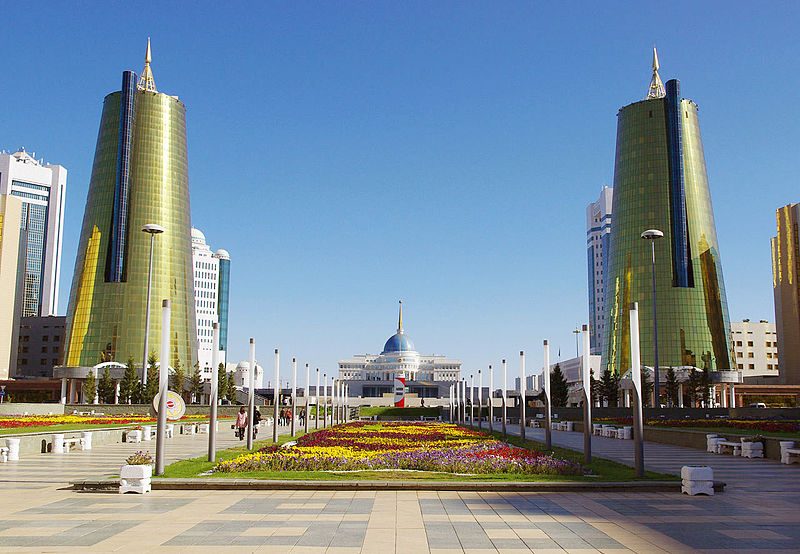 Downtown Astana, Kazakhstan. Photo by Ken and Nyetta via Wikimedia Commons (CC BY 2.0)

On March 19, Kazakhstani president Nursultan Nazarbayev resigned from office after nearly 30 years of undisputed rule as the leader of the oil-rich Central Asian state.

The move was not unexpected, as Nazarbayev is 78 and in declining health. And the announcement itself came as a surprise for many. But there are already clear indications that the new regime will look very much like the old one.

A cautious approach to political transition

Nazarbayev’s departure marks a historic change. He was already First Secretary of the Kazakh Republic in 1989, when the country was still part of the Soviet Union, and became the first president of an independent Kazakhstan that rose from the ruins of the Soviet Union in 1991.

For nearly 30 years he maintained an undisputed rule through re-elections and changes in the constitution up to the present day. In accordance with the Kazakhstani constitution, his successor is Senate speaker Kassym-Jomart Tokayev, who officially took power on March 20.

Yet while he has given up his presidential title and invited a successor — a rare occurrence in post-Soviet states — Nazarbayev’s resignation can be at best described as a cosmetic change.

He maintains key functions that ensure full control over Kazakhstan’s political future. He is head of the all-powerful Security Council, and head of the ruling party Nur Otan. He also retains the title “Leader of the Nation” for life, which grants him, and his family a lifetime of immunity from judicial scrutiny or prosecution.

With a relatively small population of 18 million and substantial energy resources in oil and natural gas, Kazakhstan has one of the strongest economies in Central Asia. At the same time, deep socio-political divides between ethnic Kazakhs and ethnic Russians have generated significant social tension in the country. Other issues include the unequal distribution of energy resources to foreign investors and a limited economic elite, an increased presence of violent extremist groups, and a growing divide between rural and urban populations.

The presence of imposing neighbours, namely Russia and China, raises important concerns as well. Both of these powers are major trade partners and investors in the Kazakhstani economy, and both expect certain favors in return. China has demanded political allegiance on sensitive issues, including Kazakhstani silence about the fate of ethnic Uyghurs and Kazakhs currently detained in camps in China’s Xinjiang region.

When it comes to political change, it is unlikely that a major opposition effort will emerge. Although there were significant voices of political opposition in the country in the early 1990s, heavy-handed measures of censorship and political control have decimated their presence.

Today, most of the truly independent media reporting on Kazakhstan operates from abroad. When Mukhtar Ablyazov, one of the few prominent yet controversial leaders of the opposition wanted to share his views via YouTube on March 19, the internet was shut down across the country, perhaps due to the videos.

Is Nazarbayev’s daughter next in line for power?

Who will take control next? That is the question on everybody’s mind, inside and outside of the country. Possible scenarios about the beneficiary of the transfer of power abound, not the least because Kazakhstan is a highly patriarchal society where power tends to stay “in the family”.

Nazarbayev has no sons but three daughters, Dariga, Dinara and Aliya. Dariga Nazarbayeva has been widely promoted in the public sphere as an influential media person and politician, and served as deputy prime minister in 2015-2016.

One plausible future scenario is that Tokayev will call for elections in the coming months, allowing Nazarbayeva to run as a candidate for the ruling Nur Otan party.  A candidate from the extended family or at least from the same political party will almost certainly emerge as the front-runner.

In an interview with Global Voices, Irina Petrushova, editor-in-chief of the independently-run news portal KazakhSTAN 2.0, commented on the prevalence of family ties in Kazakh leadership:

I think Dariga can become president, even though she is a woman, and despite the fact she certainly has opponents among the clans around Nazarbayev. What is important is that only a very trusted person within the power system can give guarantees to Nazarbayev…those people ideally should come from the family: a daughter, a nephew, a son-in-law. This is why Dariga was appointed speaker of the Senate today, in case Tokayev becomes unreliable, she can reclaim power.

Some Kazakhs reacted to the transition with joy, while others expressed apathy, as the end game of the power transfer remains unclear.

Yet there are also signs of strong rejection of the ongoing cult of personality surrounding Nazarbayev and his family. The new government was swift to announce as one of its first measures on March 20 that the capital city Astana will be renamed Nursultan, Nazarbayev's first name. Nazarbayev himself moved the location of the capital from Almaty to Astana in 1997.

On the same day, an online petition gathered more than 13,000 names to oppose this decision, a large number by Kazakh standards. 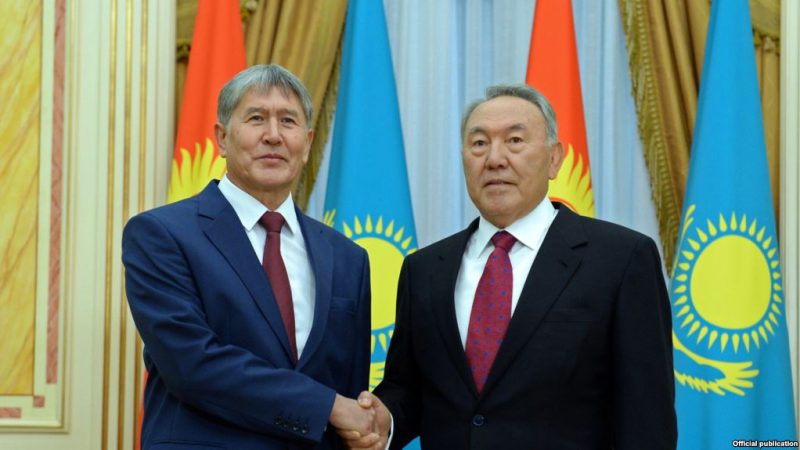 Neighboring countries are also paying close attention as this could indicate changes in foreign policy. There are also signs that Nazarbayev’s transition “method” could become a model in the region.

Social media users in the Russian-language blogosphere speculated on whether the Nazarbayev's transfer of power could become a model for Russia, where Vladimir Putin is losing popularity and has failed to designate a successor. On similar lines, in nearby Turkmenistan and Tajikistan, undisputed rulers Berdymukhammedov and Rakhmon are grooming their sons to take over their roles.

The news also came as a surprise in adjacent Kyrgyz Republic, a country that underwent a peaceful transfer of power in late 2017. Commenting on the transition, Bektour Iskender, co-founder of the citizen media platform Kloop said:

In Kyrgyzstan the news of Nazarbayev’s resignation was more of a surprise – probably because we don’t really understand the mechanisms in place in that country. Nazarbayev saw how badly things ended for Karimov’s family after his death in Uzbekistan. That’s why the position of successors needs to be strengthened and power must be transferred to them while the leader is alive, to make sure they are obeyed, and then one can die.