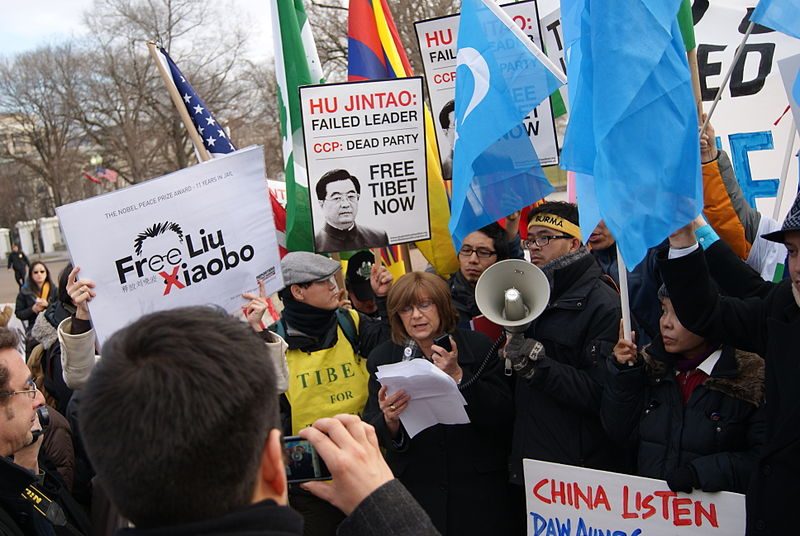 Does the volume of reporting about pollution and human rights in China correspond to readers’ interest? PHOTO: Marybeth_Whitehouse via Wikimedia Common. CC: AT.

(This is the second installment of a two-part post. Read Part One here.)

One of the major pieces of evidence cited by Chinese state-owned media as proof of western media bias against China is the large volume of negative reports about China's air pollution. According to China Daily:

China is […] castigated in the Western media for its terrible air pollution. Westerners have the impression that Chinese cities are the worst in the world in terms of air quality, when the most polluted cities are in India, the Middle East and Africa. Beijing is far down the list at number 57 or 153 in the latest rankings.

According to this pollution index, although Beijing's air quality is better than Delhi in 2018 (very high level compared to extremely high level), in mid-2018 total population index shows that China and India were ranked #12 and #23, respectively (the higher the worse). Therefore, it is fair to say these two countries are comparable. In addition, to our knowledge, the U.S. and other European countries do not consider India as an enemy, so there is no specific reason for the Western Media to attack India.

In Part One of this story, we ran the search queries “china AND econom*” and “china AND pollution” using Media Cloud. To investigate the claim that western media are biased against China when reporting on air pollution, we ran the queries “india AND econom*” and “india AND pollution” using the same search conditions as for the China-related search, in order to compare the results.

Figure 4: The numbers of stories related to economy and pollution in China and India compared, based on Media Cloud.

One might also ask whether the volume of reporting about pollution and human rights in China corresponds to readers’ interests.

To examine this question, we used Google Trends, which offers unbiased samples of real Google search data, to explore readers’ search habits. (Google Trends’ normalized index for selected search terms is the proportion of all searches on all topics on Google at that time and location.)

We ran three queries: ‘china economy’, ‘china pollution’, and ‘china and human rights’. In order to make the comparison with our Media Cloud queries, we set the same time frame: from 2013/1/1 to 2017/1/1, and we set the region to be ‘worldwide’. 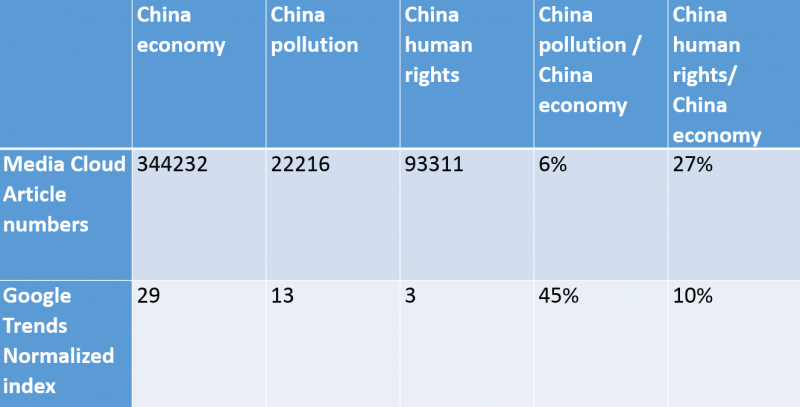 Figure 5: The numbers and ratios of the stories published in global English language sources (based on Media Cloud) and the normalized index in Google Trends for different queries.

Although the results support the idea that western media may have some preferences or limitations with regard to reporting certain issues relating to China, our findings do not support the claim, expressed by some Chinese commentators, that western media sets out to purposefully discredit, embarrass, or undermine China.

The last step was to check how the volume of news reports related to the interest shown by readers. If readers are showing interest in an issue, the media, in covering that issue, cannot be being said to be firing up interest with the intention—as in the Chinese government expresses it—of interfering in the internal affairs of China. 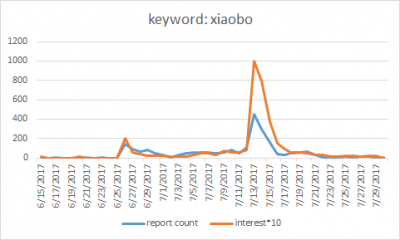 Figure 6: The number of stories published vs reader interest over time for the keyword ‘xiaobo’ in July 2017, based on Media Cloud and Google Trends.

Figure 6 shows the relationship between news reports in the same news sources mentioned above (from Media Cloud) and reader interest (from Google Trends) in the term ‘xiaobo’ around the period when Nobel Laureate Liu Xiaobo died during house arrest in July 2017. There is a close correspondence between the news reports and reader interest, so it is difficult to judge which one occurred first. 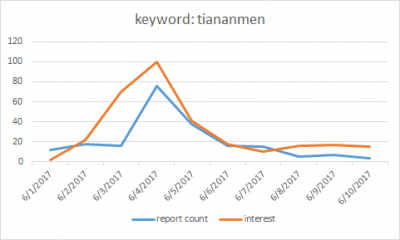 Figure 7: The number of stories published vs reader interest over time for the keyword ‘tiananmen’ in June 2017, based on Media Cloud and Google Trends.

Figure 7 shows relationship between the volume of news reports and reader interest for the word ‘tiananmen’ around Jun 4, 2017. This chart clearly shows that reader interest was ramping up before the media began reporting on this topic. Every year, on the anniversary of the crushing of the democracy movement by Chinese military forces on Jun 4, 1989, the Chinese government censors many of the search keywords related to this event. Yet our findings show that people still search for information about these events around the anniversary date, before the media reminds them.

It should be noted that Google exited China in 2010 because of censorship issues, and its market share in China declined to 1.7% in 2013. Google Trends may therefore seriously underestimate the degree of the interest of Chinese users, though it does reflect a special group of people in China who use VPNs to get around China’s “Great Firewall”.

It has been reported that Google is planning to reenter China with a ‘censored’ version of its search engine.