Is Western media biased against China? (Part One) 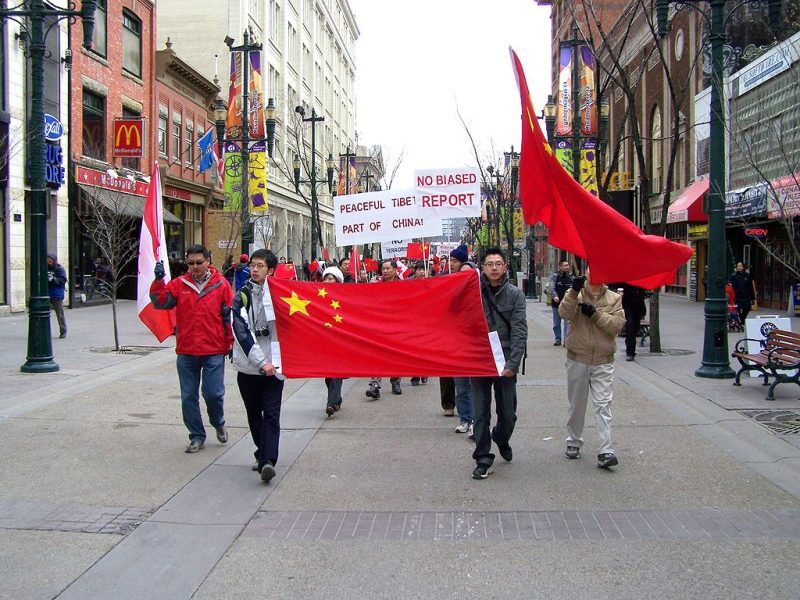 China has asserted from time to time that Western media, especially the liberal ones, are biased against China. This topic has also been raised on question-and-answer platforms such as Quora. There, people are debating whether there is a bias, and those who believe there is are asking whether this has been done with malicious intent.

In order to support our investigation of these questions with some data, we used two online tools, Media Cloud and Google Trends, to analyse English news reports on China.

First of all, we examined China's claim that western media focus on their human rights issues and pollution and pay less attention to their economy. We used Media Cloud, an open source platform for tracking millions of stories published online, to generate a word cloud related to the query “China” between 2013/1/1 to 2017/1/1 from top U.S online news, which is based on comSORE, Activate and Alexa, and global English language sources, which is based on the ABYZ directory of English national online news sources. Together, the two sources comprise tens of thousands of English-language news outlets from all over the world. 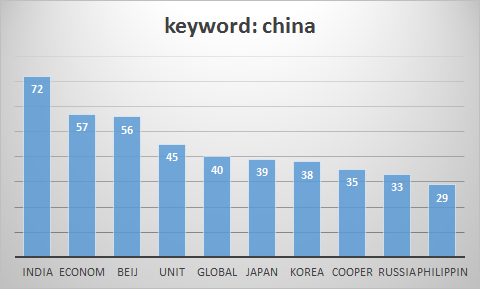 As shown in figure 1, “econom*” is the second most mentioned word related to the keyword “China”. The rest of the top words are about international relationships. The word “pollution” appears in 12 stories and is the 48th most mentioned keyword in the 1,000 stories examined. The word “protest” appears in only seven stories, and is the 118th most mentioned keyword. It is also noteworthy that the terms “human rights” or “rights” do not appear in the word cloud related to China, indicating that the topic is not represented in a significant number of stories from media outlets listed in top U.S online news in the ABYZ directory.

Although we do not know whether these stories about the economy in China are positive or negative, the results do not support the claim that Western media ignores economic growth in China and focuses instead on human rights and air pollution.

The results show that there is not much difference between top U.S. online news or global English language sources, and little proof to support the claim that U.S. media, compared to global English media, dwell on negative aspects of China and to use the media as a weapon to attack the country.

Figure 2: The number of stories with the keyword ‘china’ in the left-leaning and right-leaning news sources based on Media Cloud.

To examine the claim about “liberal media bias against China”, we compared results of Media Cloud queries from left-leaning and right-leaning news sources, defined by their relative number of tweets of U.S. election story URLs about Clinton (left to liberal) vs. Trump (right) in 2016. 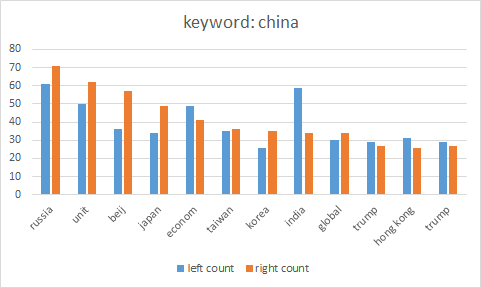 Figure 3: Top words related to the keyword ‘china’ in left-leaning and right-leaning news sources, based on Media Cloud.