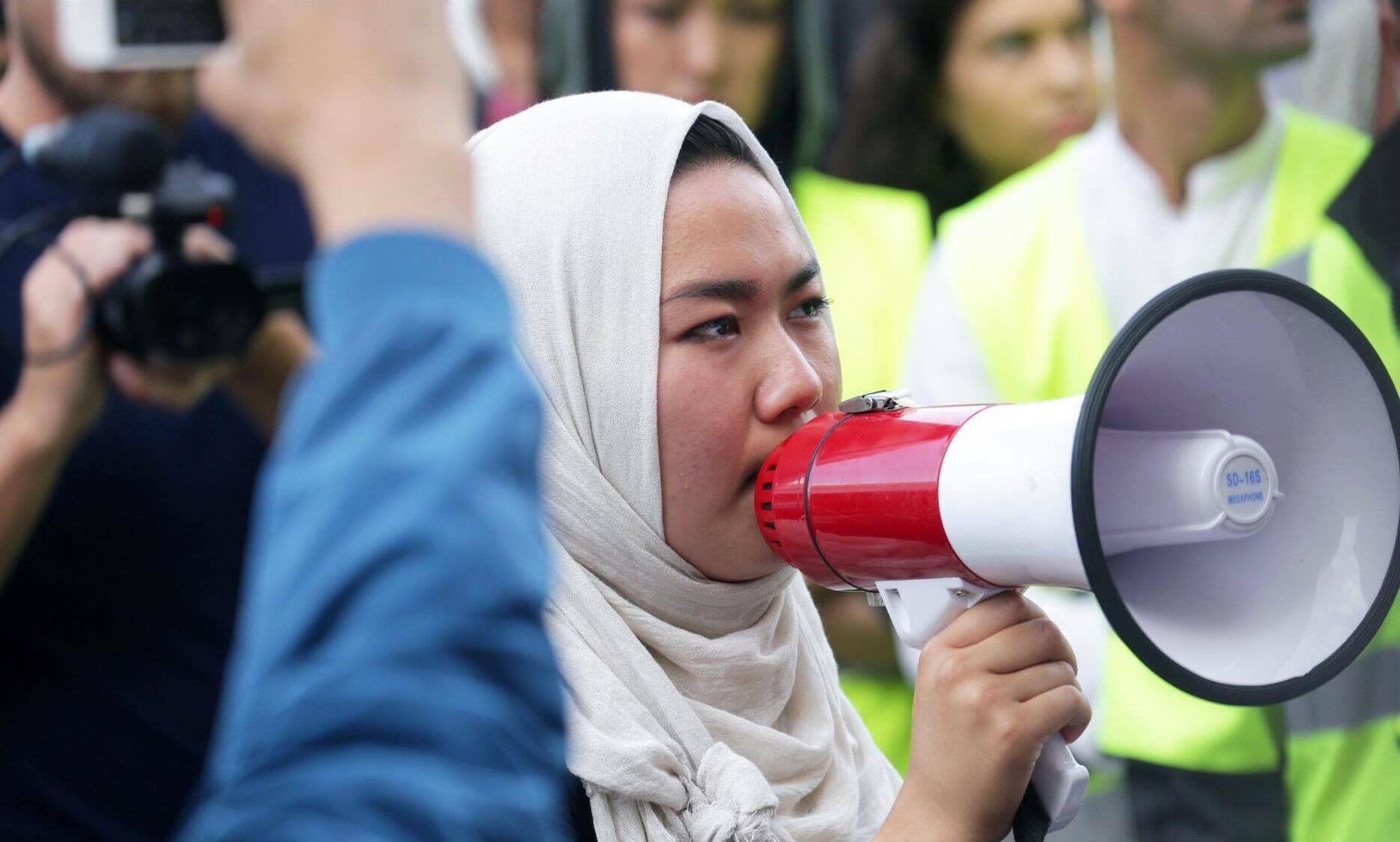 One of the organizers of the protest in Medborgarplatsen, Stockholm, Sweden – August 16th. Image taken from Kateb Media Group with permission.

Today marks two weeks since the beginning of a peaceful sit-in protest in Stockholm organised by Afghan refugees and asylum seekers to express their concerns over forced deportations from Sweden to Afghanistan.

The protest began on August 5 in front of the Swedish parliament in Stockholm, Sweden. Three days later, the police tightened security in the square after the right-wing extremist network Nordisk ungdom (Nordic Youth) attacked the protestors, injuring three of them.

The protest location was recently changed from Mynttorget square to the larger Medborgarplatsen due to the growing number of protestors.

Many Swedes have also joined the protest urging their government to stop deportations, especially of young Afghans, to Afghanistan since it is not a safe country.

Shakib Mosadeq, like many other Afghans, left Afghanistan with his family in 2011 and sought asylum in Germany, where he currently resides.

In an interview with The Voice of Refugees published on August 18, Mosadeq acknowledged that the singers’ participation in the demonstration might not change much, but added that he is hopeful of a shift in attitudes towards Afghan asylum applications in Sweden and elsewhere.

He noted that protests in Germany have resulted in the temporary suspension of deportations of Afghans to Afghanistan. The video of his interview is posted below.

In speaking out against the deportations, protesters have inevitably stressed growing insecurity in Afghanistan. Civilian deaths  from what a UN report termed “complex attacks” spiked in the country by 15 per cent in the first half of 2017, while the Taliban-dominated insurgency appears to gather strength by the day as the central government wilts under pressure from corruption and infighting.

Stop deporting minors ✊🏻. Or even better, stop all deportation of refugees #ungisverige pic.twitter.com/KRYSfTNQzv

Special attention has been given to the plight of the ethnic Hazara community of Afghanistan, who have traditionally faced persecution in the country and have suffered disproportionately as security in the country unravels.

The Hazara World Council's official Facebook page reported that, so far, the protest has been visited by members of several political parties, including the Minister for Higher Education and Research of Sweden. The Prime Minister and the Minister of Migration also wrote letters to the protesters. However, policymakers have asserted that the protestors’ key demand — stopping all deportations — is unfulfillable.

The Swedish Migration Agency have said that they are closely monitoring the security situation in Afghanistan, and have admitted that there are provinces in the country where people would not be able to return without fear for their lives.

According to the Afghan Embassy in Sweden, more than half of all Afghan asylum applications in Sweden have been denied. Afghan Ambassador Hamid Hami clarified:

When an asylum seeker receives a fourth negative answer, that person is not eligible to stay. So, it is not deportation, it is an obligation that he or she should leave the country. It is the decision of the court of the country, not the embassy. 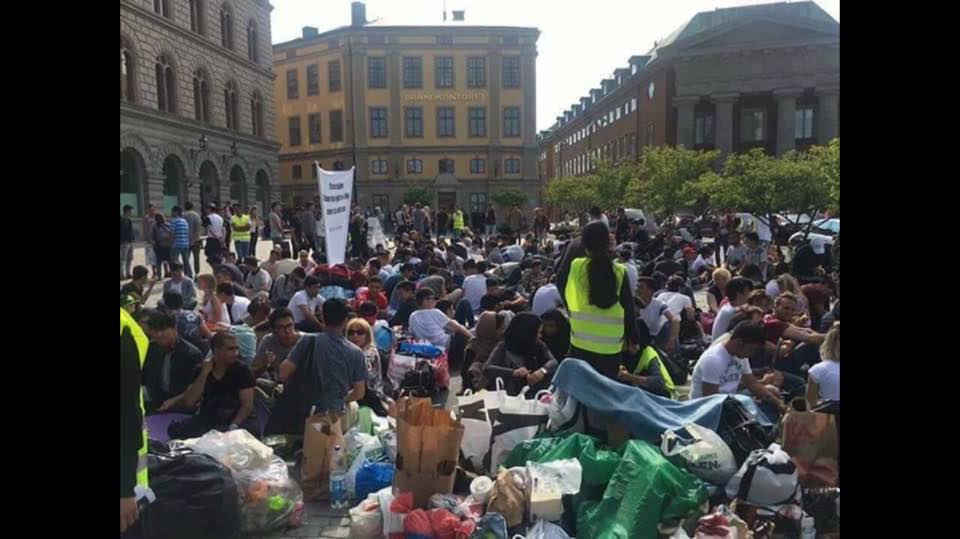 Many Afghan refugees blame Afghan President Ashraf Ghani for these de-facto deportations. In October 2016, the Afghan president signed an agreement with the European Union in Brussels to send thousands of Afghans back to Afghanistan. The European countries in turn pledged over $12 billion in development aid to Afghanistan over four years.

Since the deal was signed, many rejected Afghan asylum seekers have been sent back to Afghanistan where their lives could be in danger.

Like many European countries, Sweden has experienced an upturn in anti-immigrant sentiment with a number of arson attacks targeting migrants since the country took in hundreds of thousands of refugees and immigrants in 2015, mostly from Syria and Afghanistan.

The situation for immigrants and asylum seekers got worse after April 2017, when Rakhmat Akilov, 39, an Uzbekistan-born asylum-seeker and ISIS sympathizer who supposedly trained in Afghanistan allegedly drove a truck into pedestrians in a crowded Stockholm shopping district, killing four and injuring fifteen.

The attack forced the Swedish government to introduce new immigration laws, including new restrictions on asylum seekers, border controsl, and intensify its crackdown on illegal immigrants. Since then, migrants have gone underground after getting expulsion orders.

Two years ago, 40 percent of Swedes were in favour of taking fewer refugees. In 2017, that number has increased to 53 percent. The anti-immigration Sweden Democrats are now the second biggest party in the country.

Back in Afghanistan every day brings worse news. The first half of the year saw some of the most deadly suicide attacks to hit Kabul since the US-led invasion of the country began over 15 years ago, and the second half looks likely to be no different.

In August alone, militants have attacked a Shia mosque in the western Herat province, killing more than 30 people, and murdered more than 50 people in the northern Sar-e-Pul province, where hundreds were displaced and dozens taken hostage.