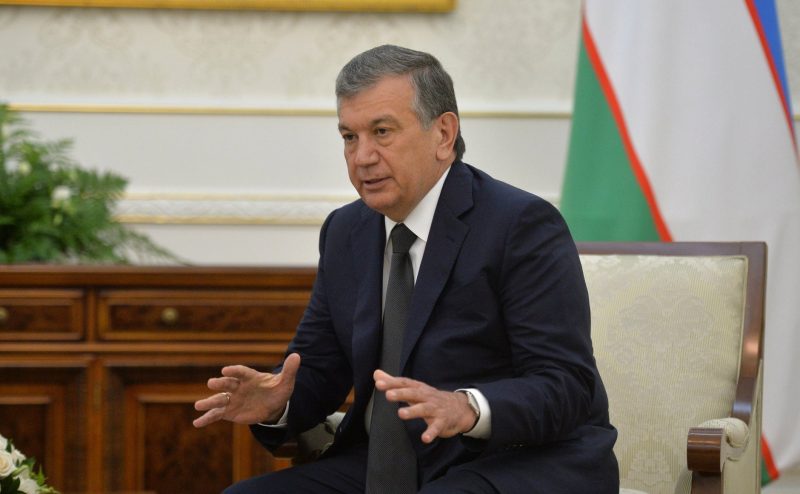 President Shavkat Mirziyoyev rained his anger upon his country’s public prosecutors on August 2, accusing them of being “thieves” and corrupt.

Mirziyoyev has been ruling the country since last autumn, when iron-handed Islam Karimov, the first president of independent Uzbekistan, died after 25 years of being in the power.

The US-funded Radio Ozodlik, which broadcasts from Prague, obtained uncensored audio of the president’s video conference with Uzbek prosecutors, in which he said:

I am sorry, but I don’t like prosecutors at all…. I was a district chairman, a province chairman and I know very well how these unscrupulous people behave.

With average monthly salary of $100-$150 in Uzbek government offices, officials live a comparatively luxurious lifestyle. According to Transparency International, corruption is widespread and systematic in the Central Asia, involving all spheres of lives of people and especially empowering security agencies’ staff to use their office positions and power for own enrichment. Particularly, Uzbekistan ranks 156 out of 176 countries in Transparency International perceptions of corruption index:

The government’s response to widespread and systemic corruption has been weak, with extensive emphasis given to anti-corruption training. Legal and institutional reform is needed to ensure meaningful separation of powers and adequate public accountability of government bodies.

That seems to fit with the reactions of Uzbek users of Facebook to the news coming out from the meeting:

Well done, our President! He said what people did not dare to say for years. Really, only after you face it, you find out what a punitive agency this is.

Recently, two of Uzbekistan's neighbours (both geographically and in the Transparency International Index), Tajikistan and Turkmenistan, shook their societies with the unprecedented move of arresting and jailing high-ranking security services officials on corruption charges. Millions of US dollars worth of luxurious homes, vehicles, gold, and cash were also seized from them.

Similar news came out of Uzbekistan when the Prosecutor-General's Office announced Gulnara Karimova, who is the daughter of the late President Islam Karimov and often referred to as the country's “princess,” was arrested on accusations of corruption involving billions of dollars.

In the audio of the meeting, Mirziyoyev spoke of the efforts to weed out corruption:

We appointed a new attorney general, cleaned the Prosecutor’s Office of former trash, changing 80% of the staff. Anyway, there are 15-20% remaining from the former thief system….We will clean it up fully.

If only something would be done to “clean up” the country's tarnished human rights record.