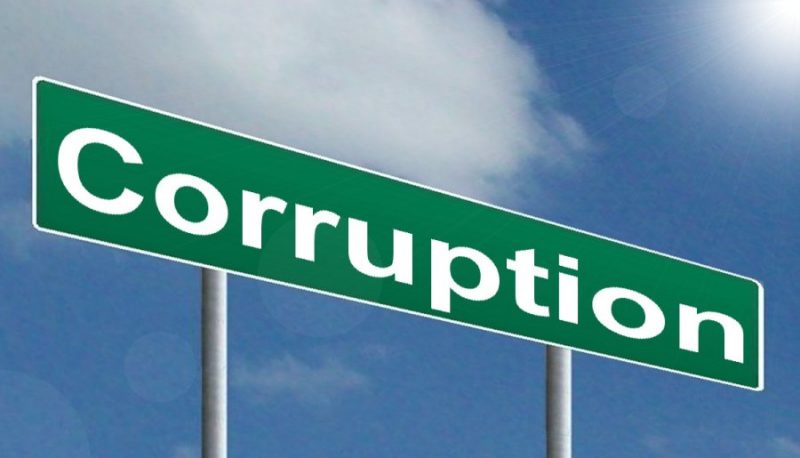 Central Asia, one of the world's most corrupt regions, is experiencing a surge in anti-corruption cases, with anti-corruption officials bearing the brunt of the investigations.

In an unprecedented operation at the end of last month, around 20 mid-ranking and upper-level staff at the powerful Agency on Combatting Corruption and Financial Control were detained in Tajikistan. In Turkmenistan, a few weeks later, the state prosecutor and dozens of surbordinates were arrested, apparently for falling into the kind of crimes that they should be investigating.

In Tajikistan, a search of the assets of one of the detainees, a mid-level investigator, saw $1.3 million, six kilograms of gold, 31 apartments in Dushanbe, two houses with yards, a dacha in Varzob (a riviera-type territory close to the capital city), another house in Austria, debit cards of both local and foreign banks and at least 50 expensive suits, according to the Prague-based outlet with sources inside the country, Akhbor.com.

Such eye-popping corruption — if there is substance to reports that Tajik state media has not confirmed — would not be exceptional. Rather it would be symptomatic for a country where the average salary in the capital city does not exceed USD 250 per month, and which ranks 151st in Transparency International's Corruption Perceptions Index.

Turkmenistan, a fellow ex-Soviet state ranks 154th in the same index. There has been speculation regarding both countries that as the economic ‘pie’ shrinks, due to the economic slump in Russia and depressed prices for hydrocarbons, inter-elite fighting has heated up. Thus, the argument runs, none of this is really about fighting corruption.

Underneath a YouTube video report on the Turkmen arrests and convictions (below) released by a dissident-run outlet and featuring footage from Turkmenistan's highly-controlled state television, a YouTube user Roza Ekacheva picked up this theme in an appropriately dramatic cry of desperation:

Everything turned rotten a long time ago. There is nothing left to save!

In the case of Tajikistan, the most curious of several rumours linked to the recent arrests has to do with reigning leader Emomali Rakhmon's son, Rustam.

According to this rumour, anti-corruption officials were targeted to reduce Rustam's power base in the agency that he headed until January 2017 when he was appointed Mayor of Dushanbe.

According to the editor of one Tajikistan-focussed-news agency, Ozodagon, cited by another regionally focussed outlet centre1.com, the wide-ranging powers of the anti-corruption body could have prompted jealousy among other elements of the security apparatus — notably the powerful successor to the KGB — to make moves against it.

It is possible that someone wants to undermine the position of Rustam Emomali, who used to lead this agency. By the way, before him the agency was headed by Abdufattoh Goib. His son, an owner of the Istiklol sports club is a personal friend of Rustam's.

Eurasianet's In the Cocoon blog took the ‘clan wars’ line of enquiry further, while cautioning against drawing firm conclusions:

The anti-corruption sweep, it is important to note, is the handiwork of the State Committee for National Security, or GKNB, making this all look like a classic case of clan infighting.

The ruling elite is to a large extent drawn from the region around the southern city of Kulob, but that is only part of a bigger picture and there are yet more wheels within wheels to consider.

In order for [Rustam] to slide into the mayor’s seat at the start of the year, it was necessary to displace former incumbent and long-time insider Mahmadsaid Ubaidulloev, a key exponent of the Farkhor clan. Not content with taking Ubaidulloev’s job, Emomali upped the ante by making ominous moves toward investigating the former mayor for evidence of corruption during his time in office.

While the Farkhor crew and the Rahmon family’s Dangara clan may generally speaking be thought to be on the same side, it does not follow that they always pull in the same direction.

As it happens, GKNB chief Saymumin Yatimov is, like Ubaidulloev, a native of the Farkhor district, so his sudden eagerness to hound Emomali’s old colleagues may well be a logical expression of regional loyalty.

At this nebulous stage, drawing inferences from presumed clan affiliations is intensely speculative and should be done with caution. If there is any validity to this line of thinking, it will be determined by Ubaidulloev’s ultimate fate.

Understandably, long-suffering, ordinary citizens of Tajikistan have been disgusted by the busts, that reveal once more how far removed their interests are from those of highly-placed government officials.

The Agency on Financial Control and Combatting Corruption of the Republic of Tajikistan was founded in 2005 in order to fight corruption in the country, but was referred to as “the Agency of Corruption” by cynical Tajiks almost immediately.

In 2015, when marking the ten-year anniversary of the agency, President Rakhmon criticized its work and threatened it with closure, stating: “I founded this agency, I will destroy it”. Shortly afterwards he appointed his son, and potential heir, Rustam, to control it.

Tajik journalist-in-exile Temur Varqi made a tongue-in-cheek suggestion on how to finally overcome corruption in the impoverished country.