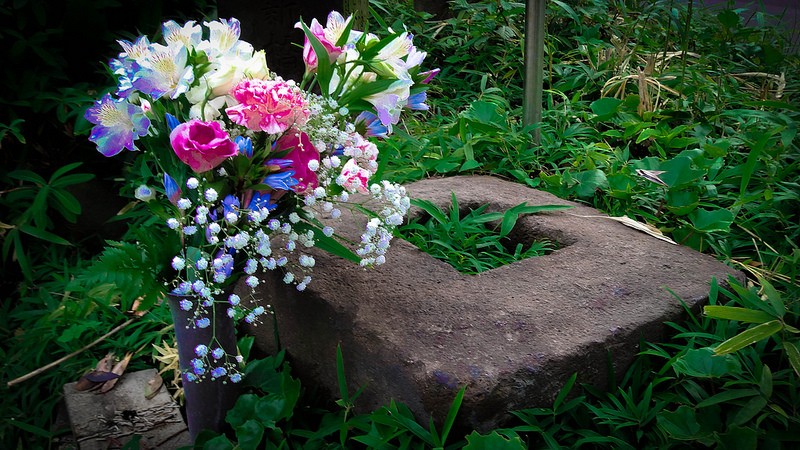 Image of “Crucifixion Base” from former Suzugamori Execution Grounds located in what is now Shinagawa, Tokyo. Image courtesy Japan This/Marky Star. Image copyright Japan This/Marky Star, licensed under CC BY-NC-ND 4.0 (image can be shared only for non-commerical uses, if Marky Star is attributed, and if there are no derivatives).

Japan This is a historical photoblog by longterm Tokyo resident Marky Star devoted to the quirky history of Tokyo and the surrounding region. If you're interested in learning more about the etymology of some of Tokyo’s train lines, the history of the “Seven Rivers of Edo”, or the difference between “High Tokyo” and “Low Tokyo”, Japan This is the blog to check out.

In an interview with Tokyo Metropolis, Star says:

When I’d make references to Japanese holidays on Facebook or in e-mails to my friends and family living outside of Japan I found myself re-explaining them again and again to each person. Instead of just repeating myself again and again, I thought it would be a good idea to just write a few articles like “Japanese New Year” or “Coming of Age Day” and keep them all in one place where I could just refer people.

After a while Star says he ran out of topics, and decided that he would continue the blog by exploring the etymology of place names around Tokyo and the surrounding Kanto region, which now makes up the bulk of the site’s content.

Star has a particular interest in exploring the route of the old Tokaido postal road that linked Edo (the old name for Tokyo) with Kyoto, the old imperial capital. Although much of the landmarks have vanished due to wartime bombing or development, Star's keen eye still spots many surviving landmarks that tell a story about Japan's past.

For example, Star takes time to contemplate the “double peaks” of Komayama in Hiratsuka, the site of an old postal town located between what was once Tokyo and Mount Fuji.

In the Edo Period, the town was known as 平塚宿 Hiratsuka-juku Hiratsuka Post Town. It was the 7th station on the 東海道 Tōkaidō the highway linking Edo and Kyōto. In the last census before the Meiji Coup in 1868, Hiratsuka had a local population of 2,114. It featured a 本陣 (honjin) exclusive inn for daimyō and high ranking shōgunate officials and 1 脇本陣 (waki-honjin) exclusive inn for officials outranked by whomever was staying at the honjin. For the average traveler, there were 54 旅籠 (hatago) casual inns providing a room, access to a bath, and most likely prostitutes. Interestingly, for readers of my blog, you may have noticed that this was 2 more inns than Shinjuku had before it was shut down by the shōgunate for rampant sexual impropriety that threatened the traditional establishment sex industry of Yoshiwara.

Star's jaunts around Tokyo take him to some genuinely interesting locations that are not covered in typical English-language guidebooks to Tokyo. For example, Star tracks down the site of the old Suzugamori Execution Grounds, in what is now Shinagawa, a city in Tokyo. 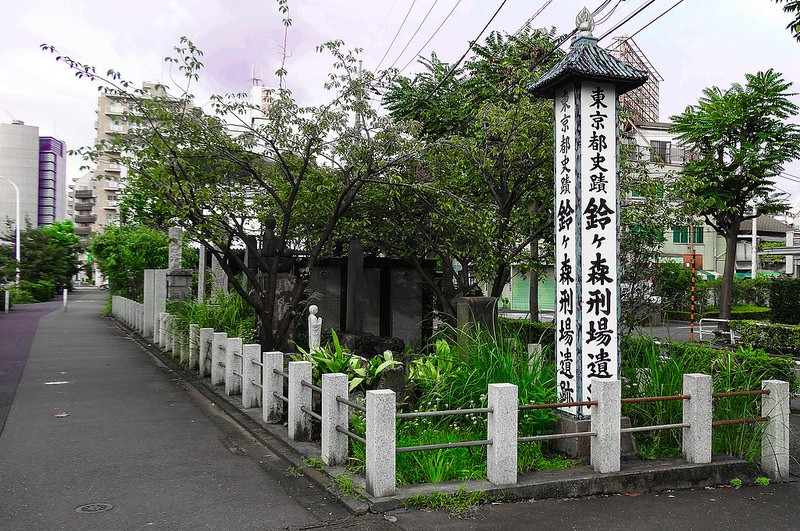 About the landmark, Star says on the Japan This blog:

The area that is preserved today is allegedly the actual killing floor. As such there are many Buddhist monuments which have been erected to “soothe the lost souls” that inhabit the area. Today, two streets run along the preserved area and an elevated pedestrian crossing goes over the entrance, so most people don’t even notice the area. This may be by design, as execution grounds are seen as unclean places. I’ve heard the rent is cheap in this area because people are afraid of ghosts – never investigated this myself, but my gut instinct tells me that while this might have been true in the past, in the overcrowded Tōkyō of today, this area might be just as pricey as anywhere else in the area. And while the name Suzugamori instills fear in the hearts of those who know the gruesome history of the area, there is a park and elementary school which both bear the name Suzugamori. So it’s not quite as dark and taboo as I’d been told when I first came to Japan.

If you're interested in Tokyo as either a resident or as a visitor, Star's blog and Flickr collection both contain a treasure trove of information. On another walk, Star explores the neighborhood of Tsukudajima, right in the heart of contemporary Tokyo. 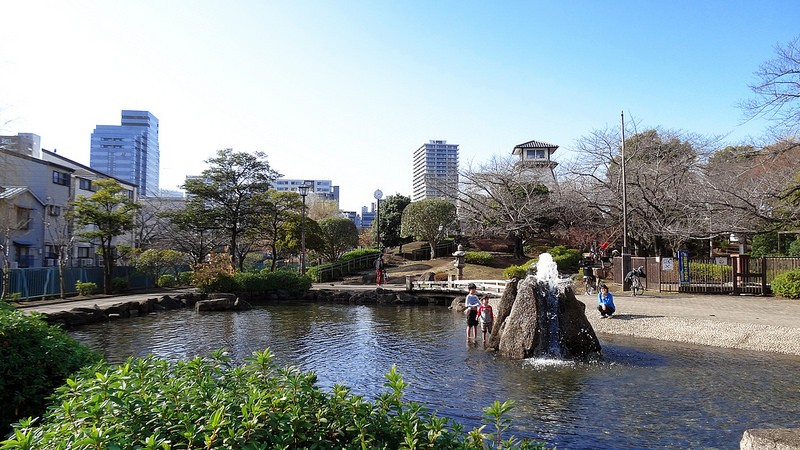 The area is a fascinating look at one of the most traditional areas of Tōkyō. Many of the families are descendants of the original fisherman that lived and worked here in the Edo Period. Some can even trace their roots back to the first group of fishermen relocated from Ōsaka by the first shōgun, Tokugawa Ieyasu.

There is also an informative Japan This Flickr feed, a frequently updated Twitter account, and a fledgling Japan This podcast. Star offers walking tours of Tokyo as well.