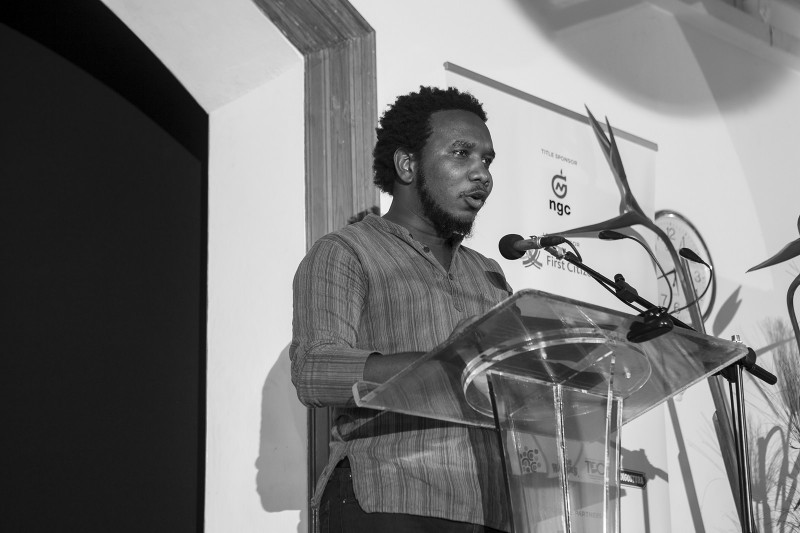 Global Voices spoke to Vladimir Lucien, whose debut collection “Sounding Ground” (Peepal Tree Press) won the 2015 OCM Bocas Caribbean Prize for Literature. Lucien is the first non-Jamaican to take up the post of writer in residence at the University of the West Indies (UWI) campus in Mona. He will be reading at the Kingston Book Festival's “Love Affair with Literature” event on March 6 at the university's Faculty of Humanities, alongside esteemed Jamaican writer Olive Senior. He spoke to us about his inspiration and philosophy, as well as Caribbean culture and literature. 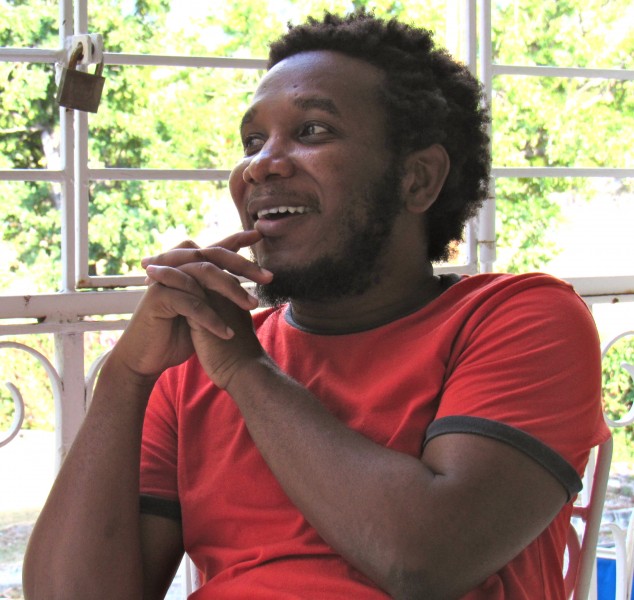 Global Voices (GV): Tell us about your work in Jamaica. What is occupying your time, right now?

Vladimir Lucien (VL): As the 2016 Writer in Residence, I teach a weekly Creative Writing session at the Department of Literatures in English. I just arrived in Jamaica in mid-January, and this is my first visit here, so I am getting to know the place. I am participating in a number of events, including the Kingston Book Festival [March 5 – 12], which I am looking forward to. This month there is a lot happening on campus, including the Bob Marley Lecture [presented this year by Man Booker Prize winner Marlon James]. I will also be reading at the Calabash International Literary Festival [June 3 – 6] in St. Elizabeth. That will mark the end of my time here as Writer in Residence. Ending on a high note!

GV: Do you have time to write?

VL: Yes, I have time to write, and this is very valuable. In fact, as soon as I arrived here I started writing a novel. It is an enjoyable experiment. Basically though, I am a storyteller. And I feel — I am almost afraid — that if I don't continue to write, it is a gift that can be taken away at any moment. For a long time, I have wanted to write a narrative. I am very much drawn to magical realism, as a way to comprehend the world we're living in. Kamau Brathwaite discussed this in his book “MR” [2002], which inspired me. By the way, I am simultaneously writing a memoir and a book on aesthetics. Writing is a project for me.

GV: It sounds like you have a lot on your plate. Do you read a great deal, and what inspires you?

VL: I wanted to write prose because I have always been an avid reader of prose — Jamaican writers such as Roger Mais and Marlon James, for example. I also enjoyed reading Diana McCaulay's “Huracan.” Two novels I especially treasure are Gabriel García Márquez’ “One Hundred Years of Solitude” and George Lamming's “In the Castle of My Skin.” After I read them I was actually upset at finishing them. I found myself actually missing the characters and wanting to know what they were doing! European philosophers like Nietzsche, Foucault, Henri Bergson; and an anthropologist named Talal Asad have all influenced my thinking.

GV: You are a poet; you are from St. Lucia. So, you are inevitably asked about the influence of Derek Walcott. What are your thoughts?

VL: In a recent blog post, I tried to answer this question — and I totally understand why people ask it. There is the great looming figure of Derek Walcott, winner of the Nobel Prize for Literature. When I first started writing poetry at the age of eighteen, I mimicked his work. But no — neither I nor other St. Lucian poets such as Kendel Hippolyte and Jane King have become carbon copies of him, nor am I now influenced by him. We respect Walcott as our heritage. We must recognize the largeness of our past, but I see myself as wanting to break it down, an iconoclast. There is an intimate circle of literati in St. Lucia; we are all different from each other, and we are all different from Walcott. He is industrious; as I wrote in my blog, he got his work done. He also made me recognize the importance of metaphor and image; and there is of course rhythm and visual imagination in his work too, that imbues St. Lucian poetry. Another St. Lucian writer, John Robert Lee, dedicated a poem to Walcott (“Lusca”). 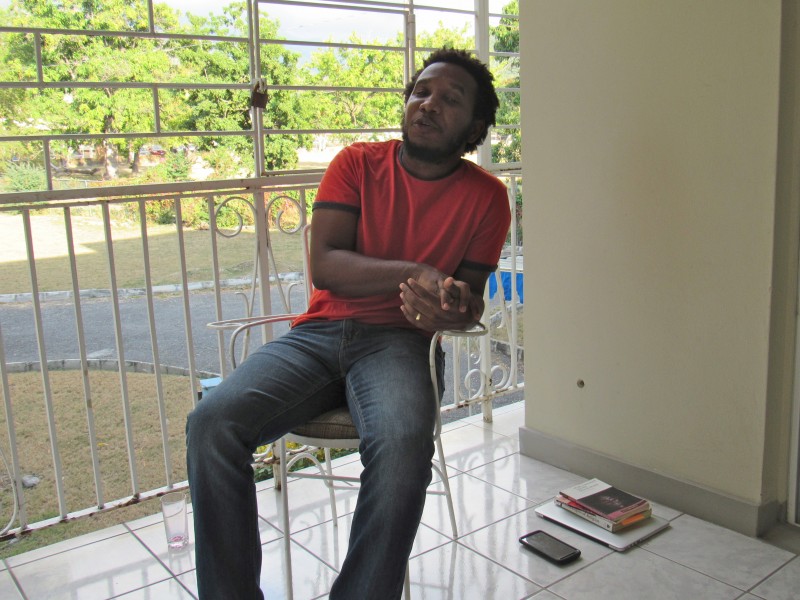 GV: You are an active blogger. What is your feeling about the impact of social media and blogging on your writing?

VL: I find blogging specifically to be a platform where I can write with a certain degree of abandon. Academic writing — which I am currently engaged in, alongside the novel — and even interacting with people and issues via Facebook and Twitter do not allow this freedom. With blogging there is no issue of ‘trending’ or ‘likes’ and all of that which can become a sort of measure of value. When I blog I really start with the assumption that I have no audience, but then there is a certain compulsion towards blogging on a current issue, as if I am producing my own little essays. So I use that compulsion to blog (to be part of all the online activity) while retaining the sense of privacy that the essay has, the sense of independence of vision. The other thing that it gives you is it influences the way you write, makes you write as if for an audience. So you are writing charmingly, you are writing to make your point but also to entertain. It makes a pretty interesting product at the end.

GV: Where is “home” to you? Do you regard yourself as a St. Lucian writer or a Caribbean writer, primarily?

VL: St. Lucia is home. And so is Trinidad, where my wife comes from. So I move quite a bit between the two. But you know, there is a particular place in St. Lucia I have in mind, a town called Monchy, and it is where my mother's family comes from. I went to school there. It is a special place — my reality. Overall though, I do see myself as a Caribbean writer. I write for all the Caribbean.

GV: What do you think about the current state of Caribbean literature?

VL: Caribbean literature nowadays is very much a mixed bag. I am concerned that Caribbean writing is being seen as a category, or a ‘brand’ — a form of cultural social capital in the world. It is a brand that makes a writer unique. I think it is several Caribbeans that we are seeing.

GV: Are religion and spirituality important to you and to your work?

VL: Well, I was brought up as a Catholic, most St. Lucians are Catholic. Now, our five-year-old son is the only Christian in the house! But I am beginning to understand that there are ‘several paths to market’. I have also realized that there is a kind of neutral, amoral force that we are not in control of. It is hurricane-like — we cannot ensnare it. In my writing, I am always [trying] to work out a way to not be completely ‘in charge’. I want to move people spiritually with my writing — to create an experience that is hard to articulate — just as Machel Montano does. He knows how to move a crowd. So I would say spirituality is important to me. I would also say I am an independent thinker, and I am unapologetic about that.