A Tale of Two Presidents, an Audacious Kidnap Attempt and Misogyny in Turkish Football 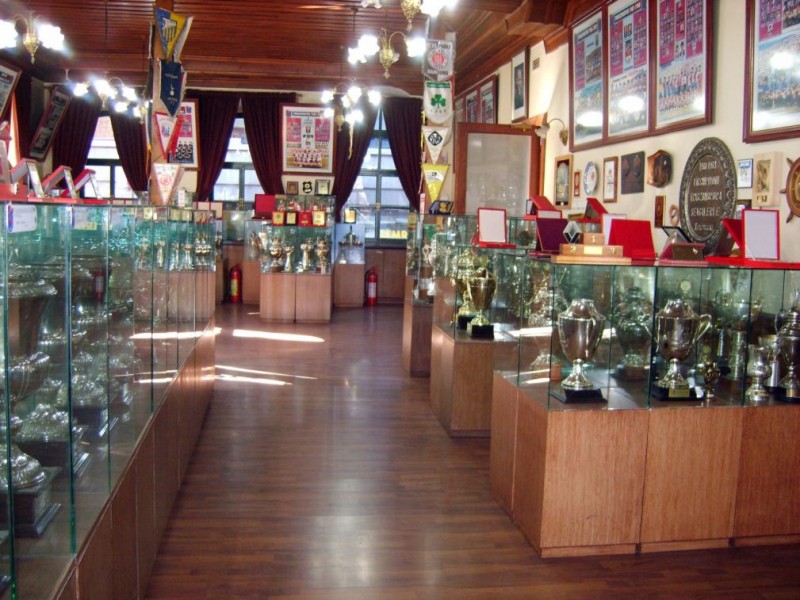 Hours after a hotly-contested game between the Trabzonspor and Gaziantep football clubs in Turkey ended 2-2, Trabzonspor President Ibrahim Hacıosmanoğlu found himself defending his controversial decision to kidnap the match officials, a move so extreme that it precipitated a personal intervention by Turkey's head of state.

Once the crisis was averted, the same president made enemies out of feminists across the country by pledging that “nobody has the power to make us live like a woman.”

The kidnap and the negotiator

After the game — in which Trabzonspor were denied victory by a disputable penalty decision — the match officials had gone to change and write their match reports. When they tried to leave, Trabzonspor's management informed them that the doors of the stadium were locked and that they would be held until President Hacıosmanoğlu arrived in the morning.

‘”I told my managers – ‘Show [them] the hospitality of Trabzonspor, order his tea and coffee and food, until the morning, until I come that referee will not leave that stadium,'” said Hacıosmanoğlu of the kidnap.

While the situation was developing, government figures attempted to contact Hacıosmanoğlu but he didn’t answer their calls.

At around 3 am, Turkey's President Recep Tayyip Erdoğan personally telephoned him to resolve the situation, and the match officials were released at around 3.27am.

They were escorted to safety by police, as around 500 Trabzonspor fans loudly shouted abuse at them.

Hacıosmanoğlu explained why he complied with Erdoğan’s request:

After that valuable person to whom I also have respect, with whom I have a heart-connection called me, after his words — “Let’s not have a big disgrace, both in Turkey and in the world…the mistakes by referees will be questioned too….” — I called my friends. We allowed the people who murdered us to leave the city without any physical intervention, as any Trabzonspor supporter would do.

But an apparently firm relationship with Erdoğan was not enough to save Trabzonspor from punishment for the incident.

Some men are from Mars

Following the incident, Hacıosmanoğlu proceeded to make a rambling statement in which he expressed his support for President Erdoğan:

I do not have to pronounce his name; everybody would understand whom I am referring to. Turkey has a leader who serves this nation, a leader who will leave a strong country to my children in the future, that the world conjuncture plays games to make him leave the post. I am ready to die for him.

Hacıosmanoğlu’s statement also insinuated that the refereeing team was part of a broader conspiracy to damage Trabzonspor football club.

His words spurred an angry response from Turkish feminists and female MPs.

President Hacıosmanoğlu, if you want to die, we will not be an obstacle. Stay away from women.

First start by being a HUMAN… Trabzonspor Pres – ‘we will die like a man if we will die, we will not live like a woman.’

I guess what he understands about manhood is only threats and contempt. He doesn’t have either the honour or virtue to live like a woman. He could not even be the nail of a woman.

It is not the first time that Turkish football has been criticised for overt misogyny. Supporters of Fenerbahçe last week burned a blow-up doll dressed in a Galatasaray football strip after holding a mock engagement party for the doll.

Holding these mock engagement parties has become a tradition for supporters of Fenerbahçe, whose cross-Bosphorus Istanbul rivalry with Galatasary is among the fiercest in world football.

Female students and academics who talked to Jinha said the incident reflects on one side the pornographic face of the violence; on the other side the hegemonic male mindset which puts women and the enemy on an identical level.