Money may not grow on trees, but in Nepal it grows on bushes 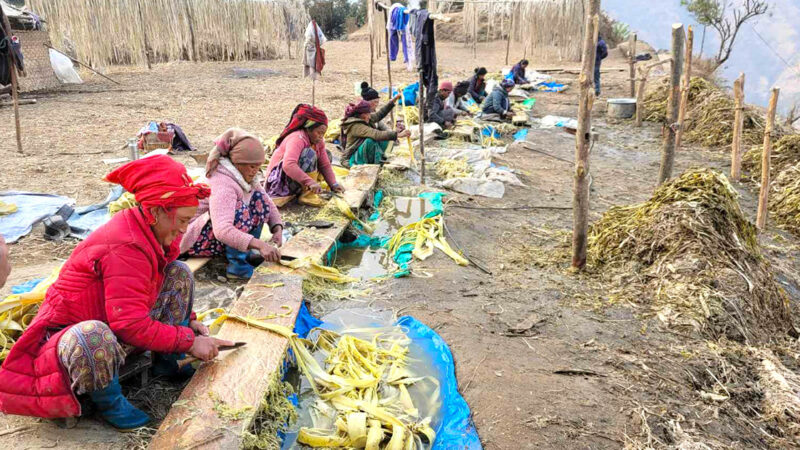 This article by Maheshwar Acharya was originally published in Nepali on Himalkhabar and translated to English by Aria Prasai on Nepali Times. Below is an edited version republished on Global Voices as part of a content-sharing agreement.

Nepal’s unique ecological diversity and topography offer the country many cash crops, but there is only one crop that is literally turned into cash. In recent years, there has been a dramatic rise in exports of Himalayan bush bark, Edgeworthia gardneri, prized in Japan for print currency notes, passports, envelopes, postage stamps, and other stationery.

Common at altitudes from 1,500–3,000 meters in the Himalayas, the plant is known colloquially as Argeli, and with its increasing demand, farmers in Sindhupalchok, Dolakha, Taplejung, Ilam, Baglung, Myagdi, and other districts, have begun to commercially cultivate it.

“Argeli is the only export from our region,” explains Lhakpa Sherpa, a paper bush farmer in Dolakha. “It has brought in over Nepali Rs 2 million income (USD 15,405) into our municipality.”

According to Narayan Manandhar’s book “Plants and People of Nepal,” techniques to make paper by hand are believed to have been introduced to Nepal in the 14th century from China. The Tamang community in Rasuwa and Dolakha have used the bark of the Lokta plant, the more famous wildcrafted, handmade paper indigenous to Nepal, for at least 700 years.

Nepal began exporting the paper bush to Japan over a decade ago, and it has already served as a replacement for Mitsumata, which was traditionally used to make Japanese paper. Kiran Kumar Dangol of Nepal Handmade Paper Association says:

While Japanese paper is considered the best in the world, Nepali paper is seen as stronger and better quality than most paper abroad, which has led to its high demand.

Today, Argeli is cultivated in 55 districts of Nepal. It is a small evergreen shrub that grows in dry and shaded areas, with brownish-red stems, long stalks, and yellow flowers, and can self-pollinate. Also called Arili, Arkaale, Tinhaange Lokta, Pachyaar in Gurung, Warpadi in Tamang, and Dhyarpati in Sherpa language, the plant can quickly shoot up to 3 meters depending on the soil conditions. It plays an important role in preventing drought and soil erosion and increasing greenery in the stark Himalayan highlands. 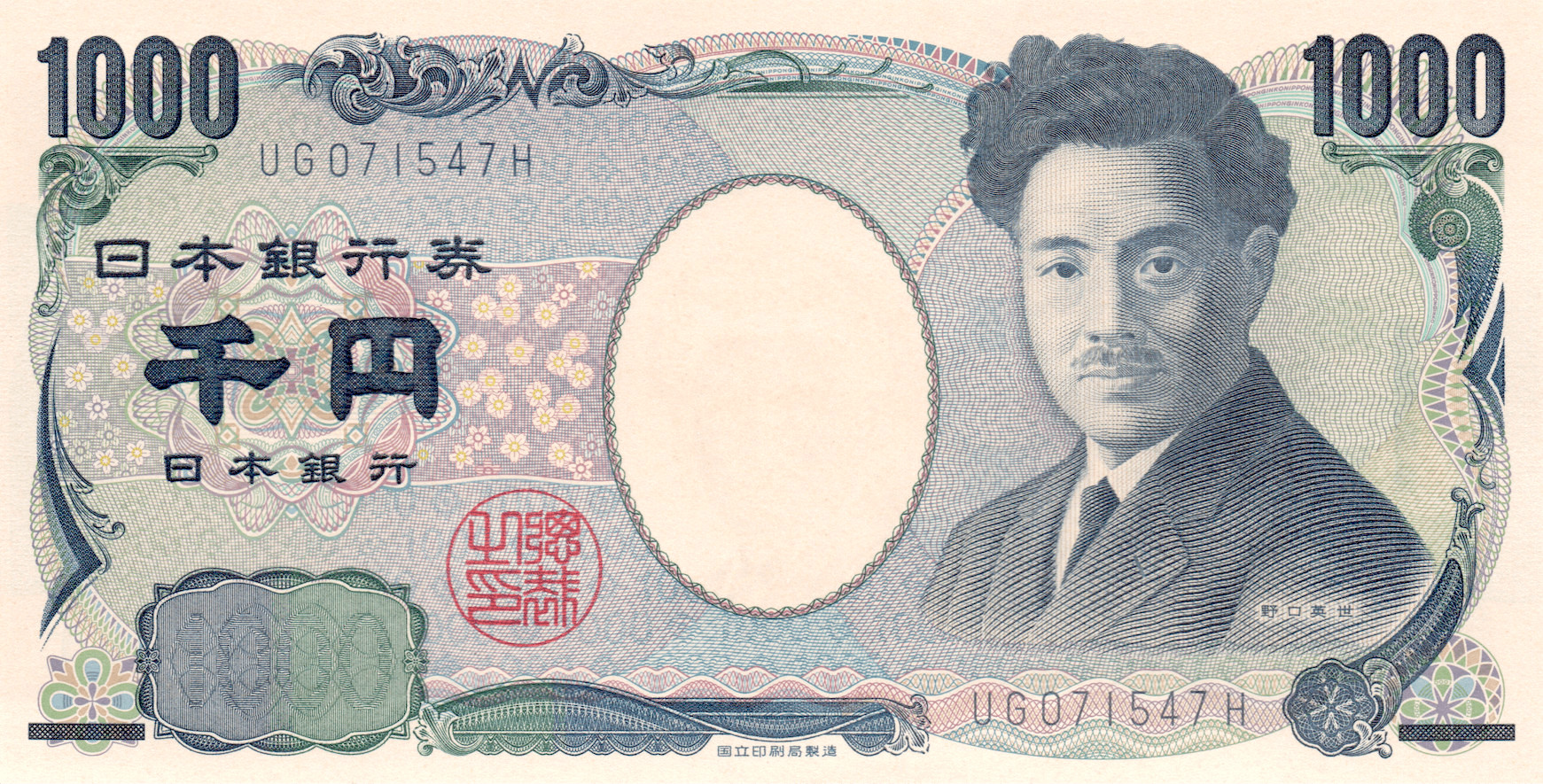 “Unlike most plants, it does not suffer from disease and is avoided by insects and cattle,” adds Sherpa. But cultivation requires detailed attention — the plant will spoil if not dried properly in the cold months.

The bushes are harvested five years after being planted, usually from October to February, during which time it has a distinct white color. Argeli with high water content is greenish in color and is not considered suitable or of good quality.

The inner fibrous cover of the stem is used to make paper and the outer bark to make ropes, while some places also use its roots to cure scabies. There are three different grades of Argeli — A, B, and C — with prices ranging from NPR 100 (USD 0.77) to NPR 575 (USD 4.43) per kilogram.

“Agreli is a good source of income for communities in the hilly and Himalayan regions,” says Benu Das Shrestha of Jugal Nepali Paper Industry in Sindhupalchok. “The plant does not require any irrigation and is easy to cultivate.

According to Chet Bahadur Sherpa, a cultivator from Dolakha employing 40 people in his business, farmers work for two months at a rate of Nepali NPR 1,000 (USD 7.70) per day, while the primarily-women workers who process the plant are paid NPR 20 (USD 0.15) per kg. 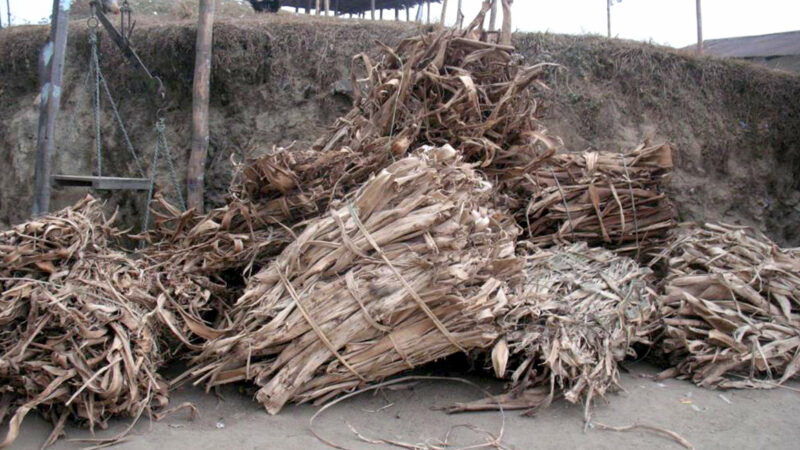 Photo by Lhakpa Sherpa Via Nepali Times. Used with permission.

“Right now, all work is done by hand, which takes a lot of effort,” he says. “We need to mechanize the planting and harvesting to make it systematic and economically viable.”

Nepali paper bush could be one of Nepal’s best-known exports, alongside Pashmina, carpets, and garments. Apart from making paper, the leaves, stems, and roots of the plant can also be sold commercially by farmers.

We have the next generation of designers who are really good. By tapping into local employment, we can increase the demand for Nepali paper locally and globally.