The short answer? Yes and no. 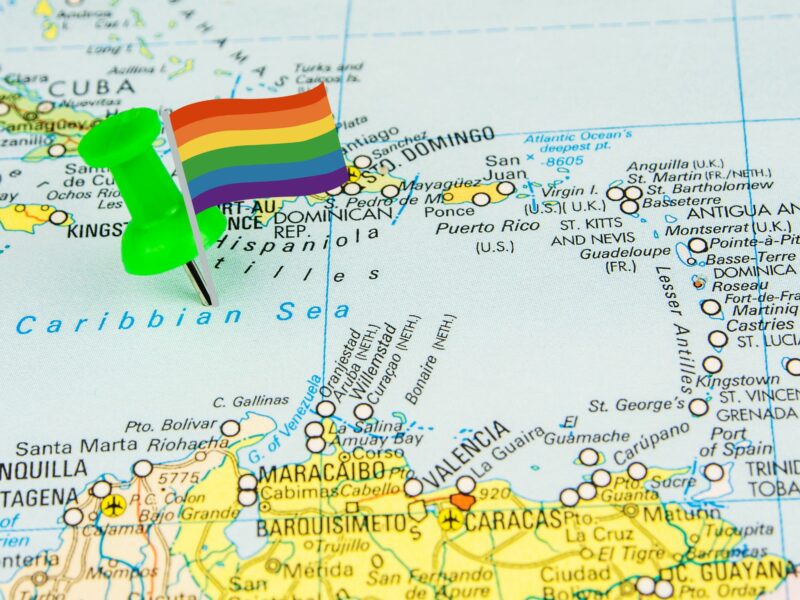 Have LGBTQ+ rights advanced in the Caribbean this year? Has the situation changed significantly since 2016, when Belizean gay rights activist Caleb Orozco won his legal challenge to a section of his country's Criminal Code? Well, yes and no.

In a landmark judgement on December 12, 2022, the Supreme Court of Barbados issued an oral ruling that struck down colonial-era laws criminalising consensual same-sex relations. The Court deemed Sections 9 and 12 of the Sexual Offences Act, which criminalise buggery and serious indecency, null and void on the basis of unconstitutionality. The case was filed against the Barbadian government by two local LGBTQ+ advocates, supported by regional non-governmental organisations (NGOs).

It is not clear at this time whether the government will appeal. In one report, the country's attorney general, Dale Marshall, appeared to have some concerns, but observed that he will make a decision once the written judgement is handed down in January.

The Eastern Caribbean Alliance for Diversity and Equality (ECADE) reported:

Barbados the Republic repeals buggery and gross indecency laws, confirming its commitment to upholding human rights for all… (1 of 2)
.#LGBTlitigationBarbados#barbadosbuggeryjudgment#barbadosgrossindecencyjudgment#Barbadosjudgment #CaribbeanLGBTQ pic.twitter.com/4FHBhz21y9

One of the claimants recognised the years of persistent campaigning that had led to this:

A representative of the NGO Equals Barbados, which helps the LGBTQ+ community access services, welcomed the ruling:

This is a step in the right direction for the protection of LGBTQ+ people in Barbados as we continue to ensure stigma-free access to services and positive inclusion in society.

This is not the first such ruling in the Caribbean. In fact, it is the third for 2022. In Antigua and Barbuda, the High Court of Justice struck down legal provisions that criminalised same-sex relations in a landmark ruling on July 5, which declared two Sections of the Sexual Offences Act of 1995 unconstitutional. In St. Kitts and Nevis, the High Court ruled on August 29, that laws criminalising gay sex are unconstitutional, upholding the plaintiffs’ claim that Sections 56 and 57 of the Offences Against the Person Act violated the right to privacy and freedom of expression.

However, in two Caribbean countries that are British protected territories, there has been some confusion — and even legal reversals — over LGBTQ+ rights this year. In Bermuda, on March 14, the UK-based Privy Council determined that Section 53 of the Domestic Partnership Act (DPA), which confined the concept of marriage to a union between a man and a woman, was not unconstitutional. An appeals court had upheld the right of same-sex couples to marry, handing down its ruling in November 2018.

The Bermudan government challenged the ruling and the law (in the form of the Domestic Partnership Act). Couples who had married before the March decision were assured that their marriages would remain valid. Nevertheless, consensual sexual conduct in private was legalised in Bermuda in 1994. A provision in the Criminal Code regarding gross indecency between men was repealed in 2019.

In the Cayman Islands, the UK Privy Council handed down a similar ruling on marriage equality, although consensual sex is also legal there. Billie Bryan, founder and president of Colours Cayman, a nonprofit advocacy group for the LGBTQ+ community, told the Associated Press:

The Privy Council has done nothing more, by its decision, than reassert the oppressive political environment of yesteryear.

We have seen a general shift in attitudes for the better but sadly, in the spaces and sectors of society where things have always been bad, they continue to be bad. […] In the past few years, we have had a number of cases of murder. Homophobia and transphobia [have] persons still being made homeless, despite an increase in tolerance in the wider society. This is a huge challenge, as the state does not have resources to offer shelter to everyone.

In Jamaica, while attitudes may be changing, there have been no legal challenges this year to its archaic anti-sodomy laws, which remain on the books despite a 2020 report by the Inter-American Commission on Human Rights calling for the repeal of the island's Offences Against the Persons Act. The Jamaican government has not yet responded.

One African-American queer blogger who regularly visits the island and interacts with LGBTQ+ Jamaicans believes religious influence is to blame:

I look at it as the Jamaican version of ‘post-traumatic slave syndrome,’ and the continuation of the mental slavery of Christianity brought to Jamaica by the British colonizers and continued by white American Christian evangelicals.

Back in April 2018, there were joyful celebrations outside the High Court in Port of Spain, Trinidad, when a judge declared that the court had found Sections 13 and 16 of the country's Sexual Offences Act “unconstitutional, illegal, null, void, invalid and […] of no effect to the extent that these laws criminalise any acts constituting consensual sexual conduct between adults.” However, gay rights activist Jason Jones, the claimant in the case, confirmed recently:

The Attorney General of Trinidad and Tobago has appealed the decriminalisation victory of 2018. That appeal will be heard at the T&T Appeal Court in the first quarter of 2023. Both myself and the Attorney General have made it clear that whoever loses that Appeal will then appeal to the Privy Council in London for a final Supreme Court decision on the matter.

In Guyana, meanwhile, it appears the winds of change are beginning to blow, with an announcement in August that one district — through an agreement between a local tourism office and the Society Against Sexual Orientation Discrimination (SASOD) — is being promoted as a LGBTQ+ friendly destination. A survey conducted by SASOD in September suggested that the attitudes of the general public are ahead of those of lawmakers, who are more reluctant to change. According to a SASOD representative:

In the interim, the Barbados decision is being widely celebrated. CARIFLAGS posted on its Facebook page:

In another landmark judgement within the region, the courts of Barbados 🇧🇧 have ruled in favour of human rights and dignity for all by repealing the buggery and indecency laws. This ruling follows a series of similar judgments indicating a commitment by the courts to the protection and rights of LGBT+ folk in the Caribbean, consistent with constitutional doctrine, International Human Rights law and the age-old outcries by advocates and allies alike. […]

CariFLAGS applauds […] this milestone and appreciates very much the people, efforts and contributions that ensured this manifestation of justice. […]

A win for Barbados, is a win for all.

As Trinidadian journalist Wesley Gibbings tweeted, the positive developments should ultimately benefit all Caribbean citizens, and the society they live in:

Why is the decriminalising of private, consensual same-sex activity being viewed solely as a victory for the LGBT community? I hope all of #Barbados and the #Caribbean hail it as the triumph of the universality of human rights and of common sense.

Altogether, it has been an interesting year for LGBTQ+ rights in the Caribbean, but there is still much work to be done by local activists and, quite likely, more legal battles to come. Not as clear is whether citizens’ attitudes towards the LGBTQ+ community have fundamentally changed — it is a matter still to be determined, perhaps on a country-by-country basis.