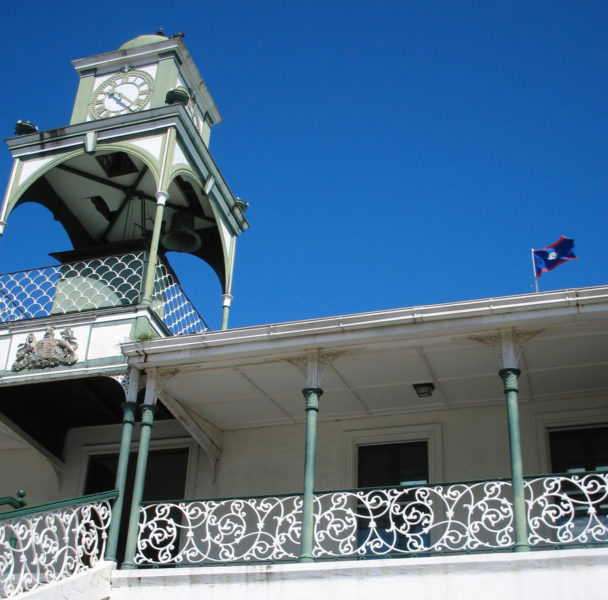 The chief justice decided that Section 53 is inconsistent with the country's constitution, as it violates the rights to human dignity, privacy, freedom of expression, non-discrimination, equality and equal protection under the law. The court then read down Section 53 of the Criminal Code to exclude “consensual sexual acts between adults in private.”

The ruling also declared that the definition of sex in Section 16 (3) of the Constitution of Belize — which states that the expression ‘discriminatory’ refers to treating people differently due to sex, race, place of origin, political opinions, colour or creed — includes ‘sexual orientation’, consistent with Belize's international obligations.

The court case to challenge Section 53 was brought in July 2010 by Caleb Orozco, a gay Belizean man and founder and executive director of the United Belize Advocacy Movement (UNIBAM). Orozco was represented by lawyers with the University of the West Indies Rights Advocacy Project with the support of the International Commission of Jurists, the Commonwealth Lawyers Association, and the Human Dignity Trust. The country's prime minister and attorney general, as well as an alliance of local churches, supported Section 53. An appeal against the ruling is likely.

‘Common sense has prevailed in Belize’

Human rights advocates across the region hailed the Belize ruling as a watershed victory that may have implications for the ten other Commonwealth Caribbean countries, all former British colonies, where ‘buggery’ remains a crime punishable by terms of imprisonment of varying lengths. Antigua and Barbuda, Barbados, Dominica, Grenada, Guyana, Jamaica, St. Kitts and Nevis, St. Lucia, St. Vincent and the Grenadines and Trinidad and Tobago retain such laws. The Human Dignity Trust notes that there are still 76 legal jurisdictions across the world that make same-sex intimacy between consenting adults a crime, 38 of them Commonwealth members.

The feedback from the community is that the win is a win for the region. We are very proud of Caleb Orozco, who was very bold in his claim to be recognized as an equal citizen in his country…

He pointed out that the Belize case will serve as a reference in terms of jurisprudence for any case in the rest of the region, especially given the similarities of the laws across the countries.

Rodje Malcolm of Jamaicans for Justice pointed out:

IMPORTANT: #OrozcoCase ruling reminds that “buggery laws” are not ONLY “gay issues” but impact privacy 4 all couples https://t.co/77HsY6ISLf

Christopher Hamel-Smith, who as lead counsel for Orozco, commented:

Good law always reflects common sense, and common sense has prevailed in Belize. The Court has confirmed that the Constitution recognises the inherent dignity of each and every human being, regardless of sexual orientation. Today’s decision shines a powerful light to guide us along the path we must take towards a more just, tolerant and inclusive Caribbean. Thank you, Belize.

The claim being made is that this law is inconsistent with the Supreme Law of Belize – the Belize CONSITITUTION. While citizens may have divergent views on the issue of freedom for sexual orientation, we must not fail to address the crux of the issue. If we allow a law to remain unconstitutional, then who is to guarantee that more laws will not be written that equally infringe on other fundamental human rights and freedoms? We are equally responsible to ensure STATE Accountability to protect the human rights of ALL and not SOME! Therefore, all laws, policies and actions must be consistent with the CONSTITUTION

As a trans woman living with HIV I am happy with the decision today. We don’t have to feel like criminals because of who we love. The judge recognized that HIV prevention, care and treatment are negatively affected by stigma and discrimination. This will open opportunity for new provisions in the HIV response.

Elsewhere in the Caribbean, Antigua's attorney general said that his government will be examining the court ruling, while Minority Rights Dominica expressed the hope that it will boost the group's campaign to change its own Sexual Offences Act. UNAIDS Caribbean called the ruling a triumph for equality and better access to HIV services, noting:

This is an encouraging step forward for a country that has already demonstrated a relatively high level of positive attitudes regarding homosexuals. A 2013 poll commissioned by UNAIDS found that two out of every three Belizeans were either accepting or tolerant of homosexuals (68%). In addition, three of four respondents agreed that people should not be treated differently on the basis of their sexual orientation (75%).

In Jamaica, noted attorney Bert Samuels said the ruling did not set a precedent for other Caribbean countries. Meanwhile, a new legal challenge against Jamaica's 19th-century law against buggery, filed by gay lawyer Maurice Tomlinson last November, is having a difficult passage through local courts. Public Defender Arlene Harrison Henry has appealed against a July court decision blocking her from participating as an interested party, but allowing conservative Christians to participate.

Tomlinson himself hailed the Belize victory, posting numerous articles on his Facebook page:

THE HERO WHO IS Caleb!
I cannot put into words the amount of respect and admiration that I have for Caleb Orozco! I knew that he was destined for greatness when we met in 2007 and have been pleased to watch his amazing progress as a fierce advocate for LGBTI human rights. What he does is never for himself alone, and this hard won victory will benefit us all!

A Jamaican Gleaner editorial suggested that the Belize ruling may give Tomlinson's legal challenge some momentum. Meanwhile, Orozco has been dealing with online threats following the ruling.

Many members of faith-based communities across the Caribbean were far from happy, however, with some suggesting that the ruling might eventually lead to same-sex marriage becoming legal. Barbados Today quoted one church leader:

‘Once it starts in one of the Caribbean islands or one that is so close to us . . . then it can seep down in this part of the Caribbean, and that is very disappointing because we would want to maintain a standard of righteousness and help to guide people in the correct manner,’ [Rev. David] Durant said. He said the same sex marriages which the LBGT community wanted to ‘force’ on Barbados would now have more legal ground with which to work.

This week’s ruling by Chief Justice Kenneth Benjamin makes it clear that the civic law is not about morality. It is about establishing new frontiers for human decadence. It is about the unrelenting march of humanity to make its own rules as it presses towards its brazen new world which increasingly strives to separate itself from the concept of God and sonship and redemption.

I would argue that the judge in the Belize case, like the judges in the United States, have operated in the framework that this buggery law represents some sort of a human rights construct. I disagree with that because homosexuality is abnormal.

It is clear that is the direction in whit the world in general is going but Jamaica has to make a decision as to what it will embrace as the normative way of existence. In Jamaica there are strong views against same sex relationships and I do not see that changing in the future…There is a strong view in the Jamaican culture, and people are not prepared to embrace that way of life.

So, will this landmark ruling influence other Caribbean jurisdictions? As the saying goes, the jury is still out.