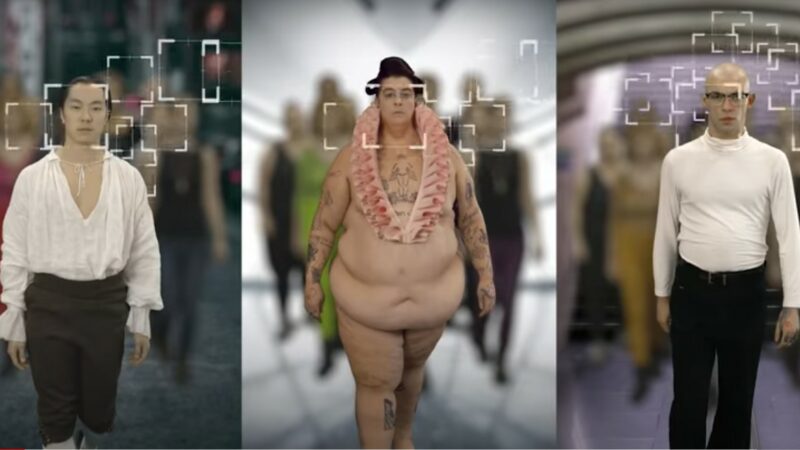 One of the defining features of modern and technologically advanced societies is omnipresent surveillance which comes with surprisingly little opposition, as it is sold to the public as a means to achieve greater safety. Can artists then ring the alarm bell and make citizens more aware that privacy has become a myth? 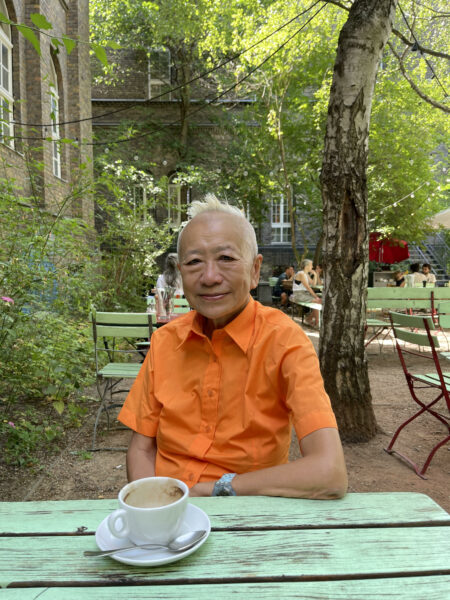 To explore this question, Global Voices talked to anti-surveillance and queer activist Shu Lea Cheang who uses art to challenge societies globally. Cheang combines art installations, film and science-fiction, and has been exhibited at the Guggenheim Museum when it first engaged with internet art, and the Venice Biennale among other locations. Born in Taiwan, she lived extensively in New York and now calls Paris one of her homes. The interview took place in person in Berlin as part of the Disruption Network Lab conference on Transitioning.

Cheang first explained she came to embrace in her work the term of panopticon, an 18th century term used to describe a new form of prison where all inmates can be observed by one security guard who remains unseen:

I worked on the panopticon after the 1998 Brandon project, named after a transgender man who was raped and killed in 1993 in the US. I wanted to use the panopticon as a departing point to explain how so-called “sexual deviants” were imprisoned or hospitalized in the course of history. In 2019, I presented at the Vienna Biennale the work “3x3x6” a multi-media installation referring to the size of a cell speaking about gender and sexual dissent. I placed it in the Palazzo delle Prigioni, a building used as a prison from the 16th century up to the 1920s, and where people like the famous or infamous womanizer Casanova was jailed for some time.

Today the panopticon is no longer confined to those four walls it has expanded into our entire society as a digital panopticon that records all our data, movement and has become a trap. All of that based on an algorithm that profiles people racially and sexually.

Below is a trailer for the Vienna Biennale the work “3x3x6”:

Governments as well as companies argue that increased surveillance is only a means to provide “greater security” for all as it enables fighting crime and catching offenders, an argument that is often linked to more effective justice. Here is how Cheang unpacks that argument:

Clearly, if a kid did not film on their mobile what happened to George Floyd, there would be no case. So there can be some argument for justice  if citizens become responsive, and document.  When I came to New York in the 1980s, affordable portable video camera had become available, so I joined a collective called Paper Tiger TV, and went on the street to document. Not to make documentaries, but precisely to document because I felt it was my responsibility as an artist.  But the real question is how do we, in this massive data, find a gem that can be used for justice? Because most of the surveillance content is about catching humans for violating rules.

Perhaps the greatest paradox is that people provide data for free and voluntarily, notes Cheang:

The key word here is willingly: we willingly submit ourselves to this system. That is how we operate our lives in this controlled society, and there is no way out. At this stage,  there is no privacy, you might as well be naked.

Cheang believes the role of artists is to bring about this awareness, as artists alone cannot make a revolution happen.

What can be learnt from science-fiction?

Science-fiction features prominently in Cheang’s art, particularly in her movies.  As she explains:

I explore biotechnology in my more recent work; I have visited renowned biolabs and look at how we treat our bodies, as in the case of cell technology for example. You really have to question: Between science and fiction, which one is more real? Only the science-fiction! So much bio technology has been developed secretly, in the 1950s in the US the germ warfare using bacteria in Vietnam. It is only thanks to Congressional hearings in the 1970s we found out about it! Today scientists deny baby cloning is a possibility, but we know it is the next step after sheep cloning. We are so in the dark about what is developed in the lab, so my interest in films I am making is to explore those possibilities when science meets fiction. We think sci-fi is the future, but it is today or even in the past.

Here is one of Cheang's movies, called Fluidø:

Indigenous culture: Another way to look at gender-fluidity

As a Taiwanese person who spent most of her life outside of the island state, Cheang is now reconnecting with her roots, doing more projects in Taiwan. One of them explores the intersection of Taiwanese Aboriginal culture and the categorization of genders, through a play to be premiered among an Aboriginal tribe and then performed in Austria in the fall of 2022. Cheang details how she came to collaborate a member of the tribe:

I had the idea to work on the theme of forest and was looking for a shaman in Taiwan. I met this shaman-artist who is called Dongdong who told me a story about a hunter who gets lost in the forest during heavy rain, and seeks refuge in a cave. As he falls asleep, he is visited in his dreams by beings who are half-woman and half-men, called Haga. After this I decided to create a 48-hour-long performance of the Hagas dreaming with Dongdong.

What I discovered with Dongdong, who agrees with the Gaia principles that all elements, organic and non are connected, is that in primeval times, in which Taiwan tribes partake in, at least partially, gender was never an issue because gender fluidity was common. That is until the Christian missionaries did their work in Taiwan among aboriginal people, which is why I made sure to get permission from the elders of Donddong’s tribe and t perform my techno fantasia show as I call it, first in front of them.

Watch a discussion with Shu Lea Cheang and other speakers at the Berlin Disruption Network Lab here: