These journalists have endured censorship, harassment, and arrests for defending press freedom 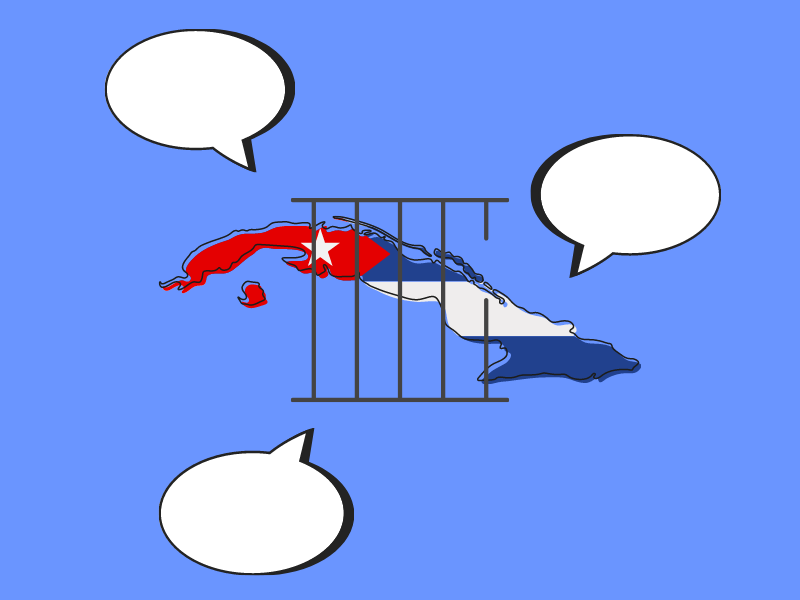 This article was written by an author in Cuba under the pseudonym Luis Rodriguez for their safety.

World Press Freedom Day, celebrated on May 3, is a significant day in Cuba. In a country with limited press freedom and where access to independent media is restricted, these five journalists have impacted the media in Cuba with their distinct and independent perspectives.

During the first years of the new millennium in Cuba, when Internet access was limited and when social networks didn't exist, the Generation Y  blog launched by Yoani Sánchez in 2007 had a notable impact on the Cuban media.

In the early years of her career, her critical view of the reality in Cuba resounded in international media, such as The Huffington Post and El País. At that time, the consequences of the economic crisis of the nineties were still visible in the daily lives of Cubans.

The year 2002 represented a turning point in her career. After having co-founded the magazine Consenso, she began working for the Desde Cuba (“From Cuba”) website. Then, in April 2007 she launched her own blog, Generación Y, which made her known in the entire world. During all that time she suffered threats, internet service blockages, and arbitrary arrests.

Her international notoriety reached such heights that in 2008 Time magazine selected Sánchez among the 100 most influential people in the world.

In 2009, Sánchez made a memorable speech about freedom of expression and internet censorship at an open-mic organized by Cuban artist Tania Bruguera. The images from this speech, which ended with the intervention of State Security, were seen all over the world. That same year, Sánchez sent a letter with ten questions to U.S. President Barack Obama and Cuban leader Raúl Castro. Obama's responses were published on the Generation Y blog but Castro never responded. In his response, Obama praised Sánchez saying:

Your blog offers the world a unique window into the realities of everyday life in Cuba.

In 2014, she founded the digital newspaper 14yMedio, which is inaccessible on the island because of state censorship. The emergence of new media actors in Cuba has influenced the decrease of her political and journalistic prominence, but she is still active and represents an essential paradigm and reference because she brought a woman's perspective and international notoriety to Cuban independent journalism.

Uruguayan journalist Fernando Ravsberg ushered in a new chapter in the independent Cuban press when he moved to the island more than two decades ago. A BBC correspondent in Cuba, he captivated the Cuban public with his critical and profound chronicles on the Cuban reality published in his blog Cartas desde Cuba (“Letters from Cuba”).

Many, even including those with radical views in exile, saw him as moderate, and in Cuba, officials perceived him as a dissident. On many occasions, Ravsberg referred to how difficult it was to report objectively on the Cuban reality since the perspectives on Cuba turn out to be quite extreme in the international context. Certain media controlled by the left tend to minimize the cruel reality of the island by downplaying the oppression and economic inequalities, while others in exile often distort and manipulate certain facts.

For Ravsberg, finding that balance between these two extremes is quite difficult. In that sense, his journalistic contributions about Cuba during the first two decades of the new millennium offered a nuanced view of the reality of the island that the international press needed.

Having spent 22 years as a correspondent in Cuba, it was a serious blow when the regime did not ratify his credentials as a correspondent on the island in 2018. This prevented him to remain in the country and work on his blog. In an interview with the Miami Herald he said:

The number of readers we had and the debates that took place show that there is an interest in this country for a different type of journalism to emerge. There will always be forces that resist new ideas. The economic repression against Letters from Cuba seeks to create a precedent, but I don't think they can stop all those who are doing a different kind of journalism right now. 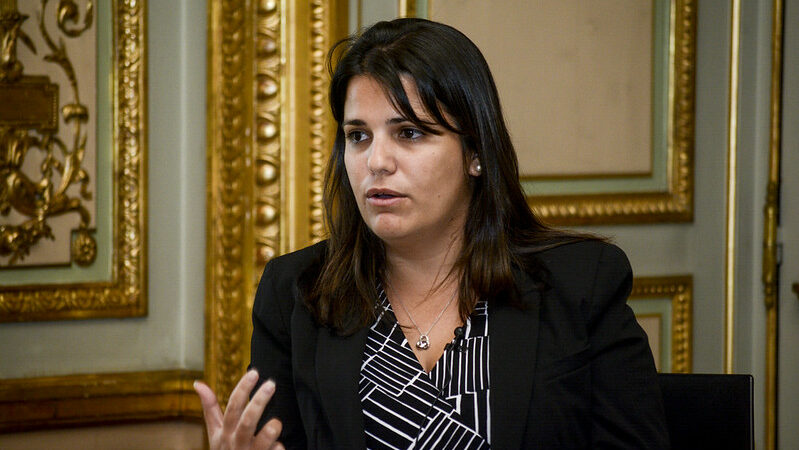 Elaine Díaz is a young journalist who has notably renewed the landscape of independent journalism in Cuba in recent years. She is the founder and director of the independent media outlet Periodismo de Barrio, an allied outlet of Global Voices.

Her views on journalism and her experience with the Inter Press Service agency allowed her to benefit from different journalism scholarships in the U.S., such as the Nieman fellowship at the Nieman Foundation for Journalism at Harvard University. She has collaborated with Global Voices since 2010.

She is the author of the blog La polémica digital (“The digital controversy”). Among her most notable journalistic works in recent years are interviews with other journalists at Periodismo de Barrio and with artists who participated in the protests of November 27, 2020 in Cuba, like the acclaimed Cuban filmmaker Fernando Pérez. She also gives a voice to people imprisoned for participating in the revolt of July 11, 2021, without the manipulation and rhetoric of the official media that have covered this issue in Cuba in recent years. In this sense, Periodismo de Barrio has brought a fresh perspective to Cuban journalism.

Carlos Manuel Alvarez, who studied journalism at the University of Havana, belongs to the new generation of Cuban independent journalism. He has a strong passion for journalism, literature, and opposition activism, and is a member of the San Isidro Movement (MSI), a Cuban artistic and social collective. Like other journalists,  Álvarez had previously worked for official media as a columnist for Cubadebate.

In November 2020, Álvarez emerged from anonymity during the prolonged hunger strike by several MSI activists, such as the painter Luis Manuel Otero Alcántara and rapper Maikel Castillo, who called for the release of imprisoned artist Denis Solís, currently exiled in Serbia. Álvarez returned from Mexico and moved to the MSI headquarters the night State Security forcibly evicted those in the MSI headquarters and arrested its main leaders, including him.

In 2016 he co-founded the literary magazine El Estornudo and has maintained a close collaboration with international media such as The New York Times, BBC, El País, The Washington Post, and Al Jazeera.

The curious thing about these media outlets, and (…) despite similar or even worse censorship, is that one is not only working for the present, which is the raison d'être of journalism, but also generating a kind of historical memory.

In recent years we have been accustomed to working against the tide, from the periphery, enduring harassment, censorship, surveillance and other threats. If there is someone who is prepared for a context like this, it is the Cuban independent press, which is never taken by surprise, and operates almost as if in a guerrilla situation.

Abraham Jiménez Enoa has provided a fresh, critical, and rigorous look at the Cuban reality. He is a young Afro-descendant Cuban graduate of journalism from the Faculty of Communication of the University of Havana. He is co-founder of the newspaper El Estornudo and has also collaborated with The New York Times, BBC World, Al Jazeera, Vice News, Gatopardo, and Univisión, among other international media. His chronicle El cazador (“The Hunter”) was included in La Encrucijada (“The Crossroads”) anthology.

His opinions on Cuba are communicated in a clear and transparent style, without intellectualizing and without reducing its analytical density.

His current column for The Washington Post newspaper has had a notable impact in Cuba and in other countries, and he is a regular contributor to CADAL (Center for the Opening and Development of Latin America) through opinion articles. In recent years he has published complex analyses of the protests in Cuba, the human rights situation, and the migration crisis, among other issues, which have shaken the political power in the country.