Havana protesters in solidarity with the San Isidro Movement 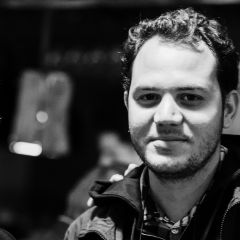 Demonstration in front of the Cuban Ministry of Culture, Havana. Photo from Reynier Leyva Novo‘s Facebook account, used with permission.

Since November, a group of Cubans has been demanding freedom of expression in solidarity with members of an artists collective which has been facing repression from state authorities.

On November 27, a group of young Cubans demonstrated in front of the Ministry of Culture in Havana to show solidarity with the San Isidro Movement (MSI), a predominantly Black collective whose members had been forcibly evicted from their headquarters. The demonstration began with fewer than a dozen protesters who arrived at the ministry in the morning hours, and who were spontaneously joined by more than 200 more people.

The MSI is a multidisciplinary collective of mainly artists and activists whose aim is to protect cultural rights on the island. On the night before the demonstration, November 26, more than a dozen people were violently evicted by Cuban State Security from 955 Damas Street, the building which serves as the collective's headquarters in the Havana neighborhood of San Isidro, from which the movement takes its name. The 15 people had locked themselves in for more than a week—some of them on a hunger strike—to demand the release of the rapper Denis Solis Gonzalez, who was arrested on November 10 and sentenced to eight months in prison. Solis had been found guilty of contempt for expelling a policeman who had entered his home without a warrant.

The group of 15 in many ways mirrored the country's religious, racial, age and class diversity. Among them were a Muslim, a Buddhist, an independent journalist, a Roman Catholic, a young, gay teenager trying to escape compulsory military service, an underground rapper and two former university professors. Some, like visual artist Luis Manuel Otero, curator Anamely Ramos and rapper Maykel Castillo, went on a hunger strike. Others, like the writer Carlos Manuel Álvarez, had traveled there to record the extraordinary event and support the San Isidro group.

Since November 17, the day the group decided to lock themselves up to collectively read poetry to protest the imprisonment of the young Denis Solis, they had been besieged by Cuba's repressive security forces, which threatened to arrest anyone who dared to leave the building. They had also been violently attacked by a hooligan who had hammered the door in while police just a few steps away failed to intervene, and a portion of their food supplies had been confiscated.

This protest was considered an act of intolerable arrogance by the Cuban political police, who escalated the situation to a national crisis that included harassment, arrests, repression of demonstrations in public spaces, and, finally, a violent assault by the authorities on the building at Damas 955. The crisis also prompted much solidarity and, thanks to cell phones and expanding internet access, Cubans were able to observe in real-time the terror perpetrated by the state to force the strikers locked up in San Isidro to end their protest.

The demonstration at the Ministry of Culture a day later was a response by several artists to those events, which also motivated many more people to go out to the streets and join the demonstration. By the afternoon the initial group of 15 had swelled to 150, and by night they were almost 300. Together on the streets, they decided to respond to the act of state terror with a request for real dialogue. They demanded from officials of the ministry an explanation of the events, the freeing of Denis Solis, clarification of the whereabouts of Luis Manuel Otero Álcantara, who was arrested on November 26, released temporarily, but was arrested again and taken against his will to a hospital. However, this statement about the location of Otero was provided by the Cuban authorities was only communicated a day later after more than eight hours of protests against the arrest.

Initially, the authorities refused to receive them, but the protesters did not leave. Later, officials agreed to receive only 30 people, citing “health protocols for the coronavirus.” The protesters responded by improvising a democratic and assembly-based process through which they elected 32 people who represented the group's diversity.

Young independent journalists, dissident artists, centrist playwrights, and engaged filmmakers entered into a dialogue with the Vice-Minister of Culture Fernando Rojas that day, while people outside applauded to vocalize their support for the 32 inside. Police were deployed in the area around the demonstration to take action if the state deemed this necessary.

Demonstration in front of the Ministry of Culture in Havana. Photo from Reynier Leyva Novo‘s Facebook account, used with permission.

The 32 negotiators used certain terms—such as “repression”, “dictatorship”, “freedom of expression”, “arbitrary arrests”, “independent art”—the officials did not like, but after four long hours, they reached a number of agreements. The Cuban Ministry of Culture promised to “urgently” look into the situations of Denis Solis and Luis Manuel Otero Alcantara; agreed to a truce to stop police harassment and harassment against independent art spaces and organizations such as the San Isidro Movement; and agreed to organize “a multiple work agenda with proposals on cultural issues” to guarantee the safety of the demonstrators, some of whom had already been pepper-sprayed by the police. It was also agreed that the Cuban Minister of Culture would meet with the group on December 2 to continue the dialogue.

The protesters accepted the pact and peacefully disbanded. The next day, however, Vice-Minister Fernando Rojas appeared on a special program where, in hostile terms, he described the San Isidro Movement and the writer Carlos Manuel Álvarez as CIA agents, and the state news agency Granma called the demonstrations “a farce.” Meanwhile, State Security kept Luis Manuel Otero Álcantara isolated in a hospital against his will, and the government is pushing the narrative of a US plot.

Artist Tania Bruguera, one of the 32 representatives, said in a press conference on November 28 that “in less than 24 hours,” the Cuban government had violated several of the fundamental agreements established in the previous night's dialogue.

It is left to be seen what the protesters’ next steps will be, or what the potential impact of Luis Manuel Otero's role in the movement will be after he is released from the hospital. His case has attracted a lot of sympathy from the Cuban population and may lead to other protests in the future.  Meanwhile, Cuban police special forces have been deployed throughout the city of Havana and artists are under siege in their homes, while pressure on social media from Cubans at home and abroad who support the protests has been constant.

On November 24, Cuban President Miguel Díaz Canel said on Twitter that “the San Isidro people chose the wrong country.” Ten days later, the government officially withdrew from the talks with the protestors. 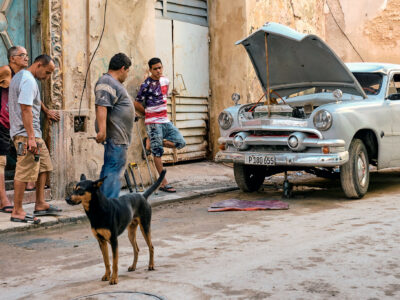